My Partner Threatened To Leave Me If I Get Botox.

I don't believe I'm 'lucky' to be married to someone who 'lets' me do what I want and loves me regardless (unless we're talking about cooking dinner, but I acknowledge this is not a strength of mine unless it's Pesto pasta). To say I'm lucky is to imply that I'm being afforded a favour or that the default position is that a man or someone else should have a say in what I do, when I do it and how I do it. I'm not suggesting decisions don't need to be discussed or even debated, we're a team after all, but the thought that some people are with people who actively stop their personal choices to do something with their face or body, by threatening to leave them, withhold money or disown them is not only inconceivable to me, I find it abhorrent. 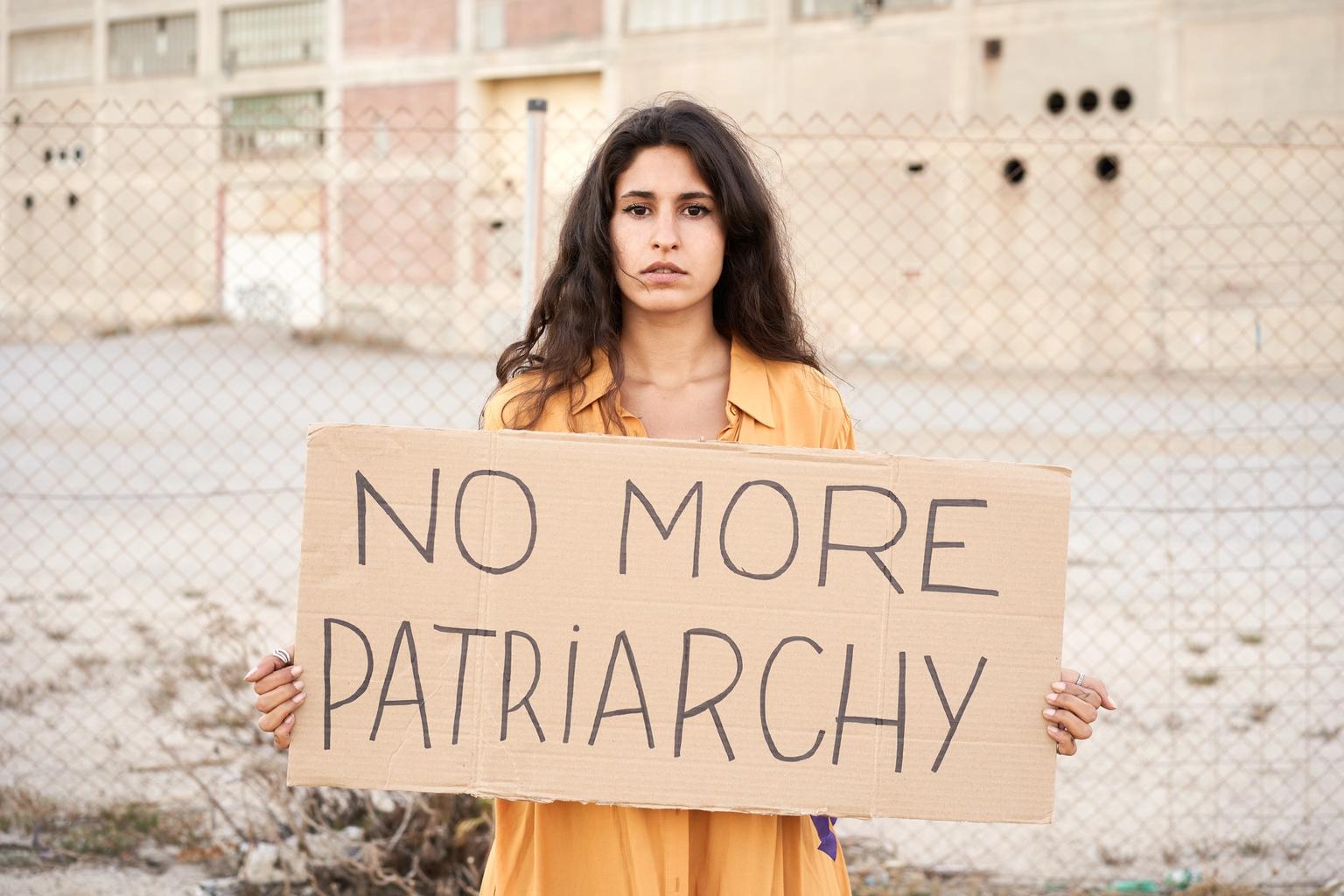 Having Baby Botox Was Not An Easy Decision For Me

My Transgender Journey with Aesthetic Treatments

The patriarchies that still define life in 2022 for women make my blood boil and there are countless stories of husbands preventing, having a strong opinion about or leaving their wives if they have treatments like Botox and fillers (oh how I chuckle at the ones who don't even realise their partner has a face full of toxin). I've probably watched too much of The Handmaid's Tale recently but the suppression of women, while not as extreme as life in the dystopia of Gilead, is still omnipresent and the really terrifying thing is that - if we're to believe a post on Mumsnet - women are also suppressing other women. 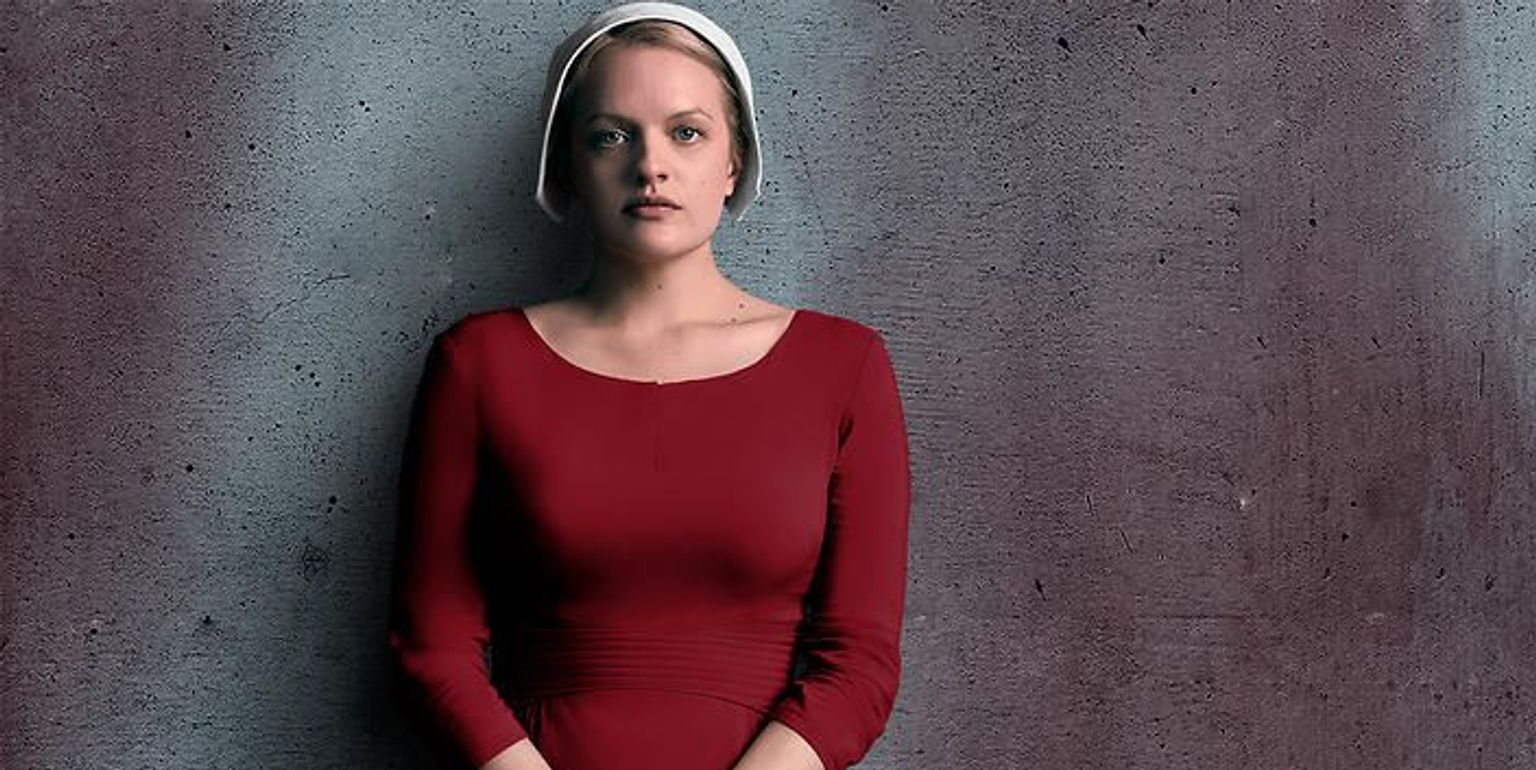 Sometimes it feels like we're not that far from Gilead!

I'll Leave You If You Have Botox

The woman in question is eager, it seems, to try Botox and teeth whitening and was taken aback by her partner's response when she told her, so she took to Mumnet for some advice.

In an anonymous post, they wrote: "So my partner of 1.5 years reacted quite badly to me saying I may want Botox and my teeth to be whitened. I'm in my 30s. I'm not super self-conscious it's just something I want. I come from a long line of wrinkly foreheads.

"I am financially independent- I have a decent job.

"When I mentioned that my sister and I had discussed getting Botox to our foreheads, and foreheads only, she said she doesn’t want to be with someone who has Botox or anything to do with altering the way I look - inc Invisalign and whitening of teeth. She cried a lot and said she’s only attracted to people who aren’t self-conscious about their looks.

"With regards to the whitening that was the whole 'it's a chemical and I don't believe in it'. I guess it's nice that my partner likes how I look naturally - I'd be upset if they wanted me/ told me to get it done but I do think Christ it's my body and also how can someone who Loves me threaten you leave me if I get it done."

They added: "I don't know what to think or feel."

Imagine being that self-assured, that confident and that arrogant that you are only attracted to people who have zero insecurities about their own appearance! That you're so happy in your own skin, you consider anyone else being self-conscious about the way they look as a bad, hateful and repellent trait.

What Did People Say?

Hundreds of people responded to the post, sharing their advice for the partner.

One person said: "None of her business unless you're asking her to pay. Your money, your teeth, your face. Why are you even discussing this with her?"

Another responded with: "This isn't really about botox. Your partner is unreasonable to feel they have any say or control over your body, and crying that they are "only attracted to people who aren't self-conscious" is manipulative and controlling.

There are tonnes of responses like this telling the person (I am assuming it's a woman but it could of course be a man or a nonbinary individual) that it's unreasonable, controlling and just ridiculous. But it's polarising.... 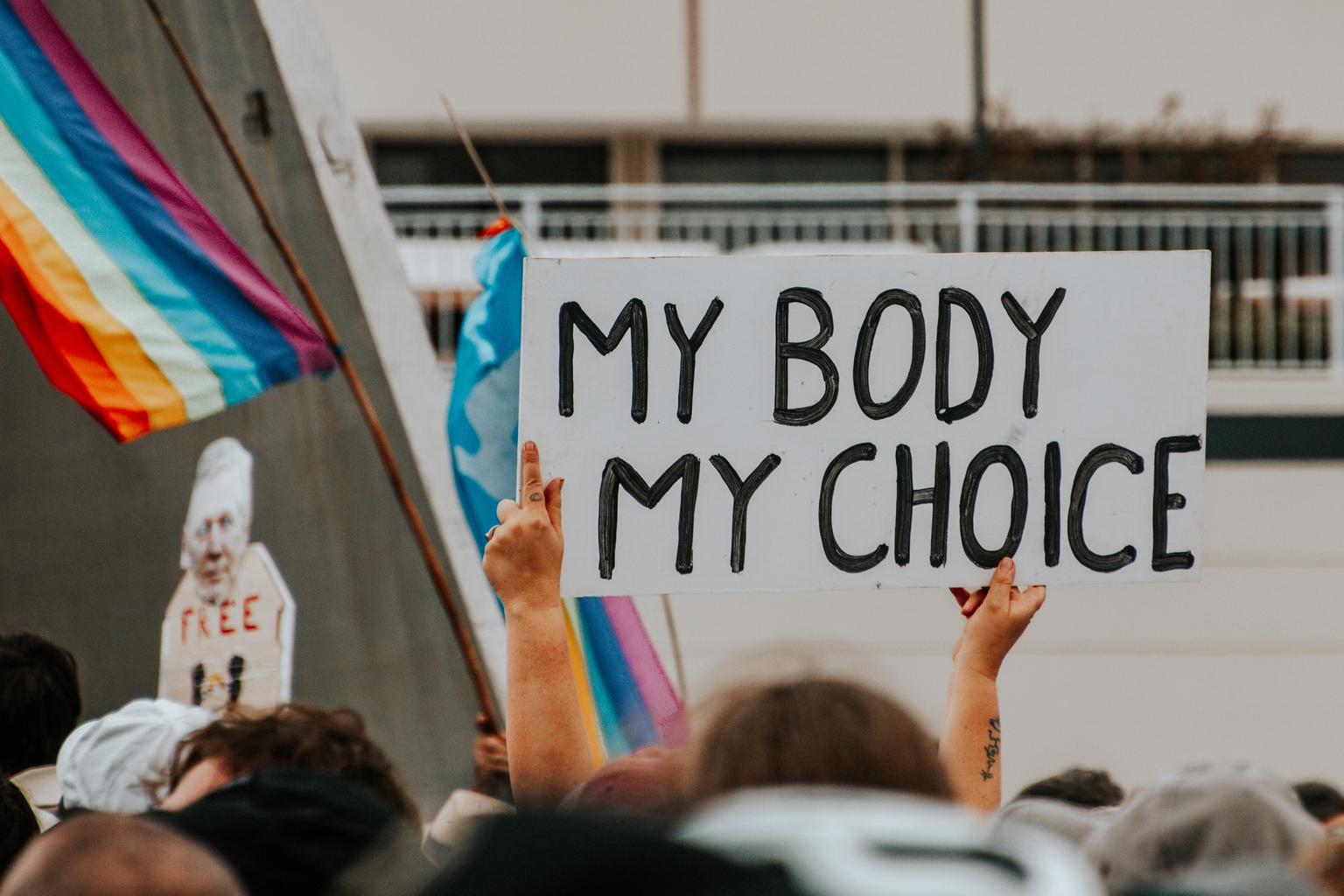 People have strong views on cosmetic treatments and it's precisely the reason why a stigma exists and why people aren't open about them and feel compelled to keep it a secret if they've dared to have a tweakment. It's also what prevents women from going ahead, as they don't want to be judged.

Indeed, we only need to read @Tal45 's response to see how evident this is: "People who did botox and whitened their teeth wouldn't appeal to me either. She doesn't get to decide what you do to your body but she does get to decide if she wants to be with you or not."

Trying to unpick this brings with it a multitude of issues! Why don't people who have cosmetic work appeal to @Tal45? And teeth whitening puts them off? Is it a moral stance or is it because Tal believes everyone who has Botox looks fake, is it because they see it as a reflection of someone's vanity rather than emotional needs? Do they only like people with yellow teeth? Are they put off by someone who gets highlights and wears makeup? Who shaves their legs?

Who knows. We know, of course, injectables aren't for everyone but to disregard anyone who could be their love of their life because they have their teeth whitened or get a bit of lip filler seems extreme, to say the least.

It's not just partners though. The pressure and influence that family have on someone's decision can be extreme. Just read what @ginandgarlands's comment:

"I find this really complex, because I’d love to have a tiny bit of Botox but my partner is incredibly against it. He thinks it’s dangerous and that it won’t be good for my self esteem, and that it’s not a good use of our joint money (about to get married). My mum is also very against it and has said if she finds out I’ve “messed around with my face” then she won’t give me a penny more of her money (I get a fair bit from her ad hoc for things like our wedding/house/car and will have a sizeable inheritance as an only child). I think their reactions are very strange and extreme, but it does put me off as I know it would cause massive drama. My body, my choice, but I suppose I’d rather keep the status quo around me at the moment. I do always wonder if they’d even notice though! But I’d feel very guilty keeping the secret. So no advice, just you’re not the only one with a partner who reacts extremely to this scenario."

Don't you just find this whole situation so sad? That someone is so concerned about creating a negative situation and being cut from a Will, for having an aesthetics treatment, they just don't do it, even though they would love to.

Why Are People Against Botox?

It's complex and there are many reasons and misconceptions that drive people's beliefs. They see the results of non-medics being able to administer cheap lip fillers. They see frozen faces and fox eyes and have concluded all non-surgical aesthetic treatments are bad and everyone who has Botox or fillers looks fake and plastic. They see horror stories of botched jobs and sausage lips, of black noses and droopy faces. They believe it's all a vanity quest, it's for self-obsessed rich people or the chavvy poor people who love big lips and want to look like Katie Price.

Some protestations are reasonable. If they genuinely believe all treatments are dangerous or high risk then of course it's okay to be concerned about your loved-one's well-being. But if, actually, someone just has a philosophical stance against Botox and they're willing to cancel someone they love, if they don't share that stance, then it's less easy to understand or appreciate. 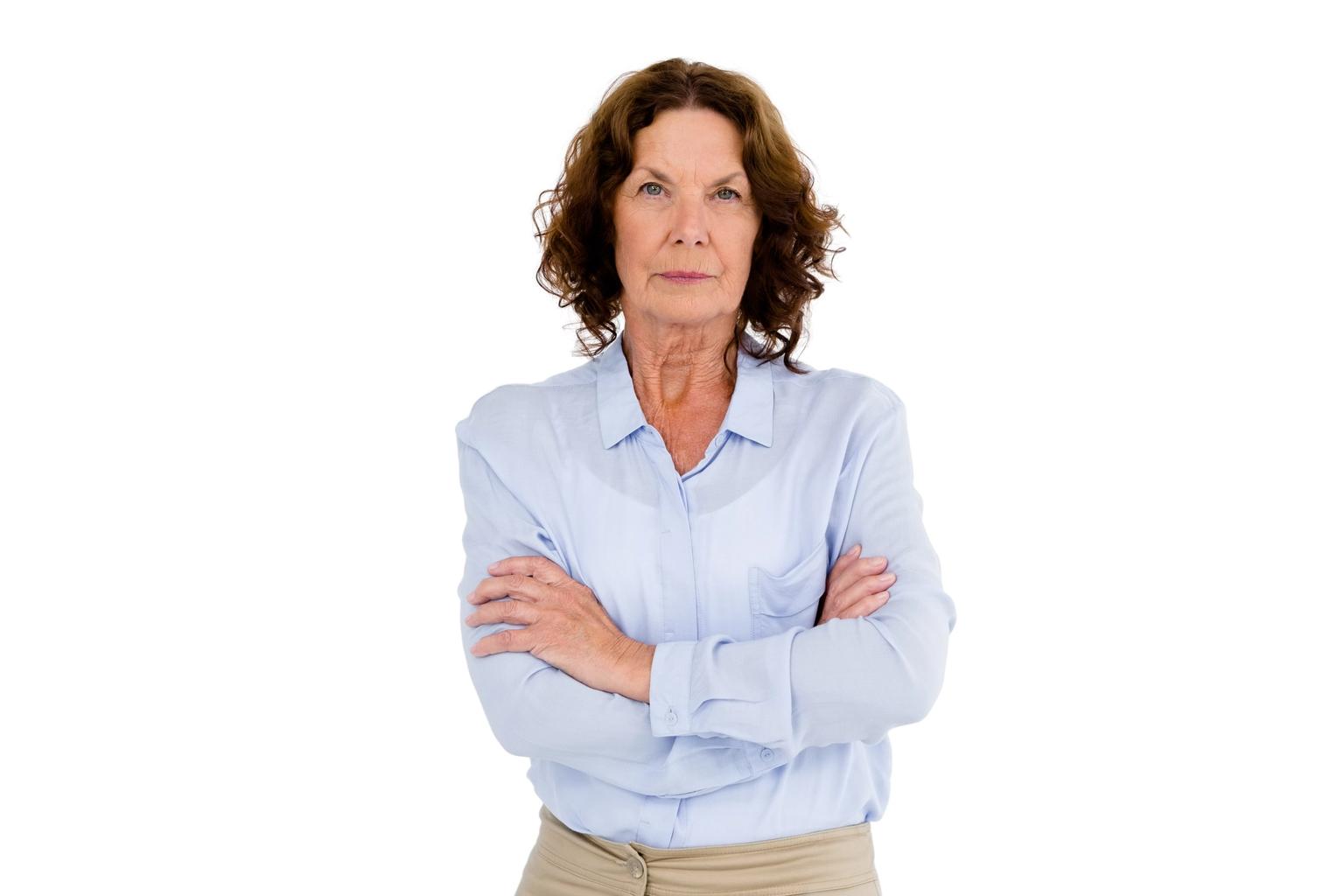 It's No Big Deal, It's Only Botox?

The thing that these partners, mothers, brothers and sisters aren't appreciating or even acknowledging is the impact NOT having these treatments could have and do have on people. It's a symptom of all that's wrong with the industry. Fillers and Botox are considered bad. They're considered bad because people only see bad work, they only see the reality TV stars and celebrities who have too much work or badly done work. We don't see the good work because people fear being judged, there's a stigma, there's embarrassment, there is shame and guilt. The real frustration is that if we saw more of the good work and if more people were open about it, the stigma, the misconceptions and the some of the judgement would diminish.

What they also don't understand, perhaps because they are very comfortable in their own skin, is that something that may seem quite frivolous, shallow, vain, vacuous and even abstract to them is often something that is debilitating, depressing and restrictive for other people. They also don't understand that all of that bad work they see isn't a true reflection of the industry. They don't see the good work because it's subtle, it's natural, it's bespoke. They don't see the life-changing impact a small treatment, a tiny adjustment, a soft enhancement can have for somebody - you only need to read Beth's story or Mike's story to appreciate this. Perhaps if they did understand this and got over their judgements, they wouldn't prevent their loved ones from fulfilling their full potential.

Glowday is on mission to change this industry. If we start to address some of the problems such as lack of regulation, if we can make it safer for everyone by only allowing medical professionals onto our platform, if we keep on educating people about treatments, if we trumpet and celebrate the good work and if we keep sharing the positive stories we can slowly but surely chip away at some of the misconceptions, stigma and judgement that people hold. Nobody should feel shame, fear or intimidation about wanting to improve their appearance and therefore their mental health and general wellbeing. We're determined to empower woman, men or them and we won't stop. Let's get glowing!

Be you. Find someone safe to help you. Search here

Having Baby Botox Was Not An Easy Decision For Me

My Transgender Journey with Aesthetic Treatments