As mainstream media tries to destigmatise aesthetics within the Indian community, there are still concerns among those of all ages. So, how are women fighting these stereotypes in 2021?

For those of us who haven’t experienced these conversations at home, take one look at Netflix’s reality show The Real Lives of Bollywood Wives for a full picture. One of the show’s controversies centred on fillers and the ‘big unknown’ surrounding aesthetics.

With Ayurvedic beauty rituals and natural remedies still playing a large part within Indian households, the thought of needles changing one’s appearance is unheard of in conversations. Often, any comments around aesthetics would result in highlighting the dangers or how looking ‘fake’ would damage your reputation.

We share the stories of three brave women from around the world, who overcame hurdles and built up their inner-confidence after getting aesthetic treatments.

Growing up in Dubai, Malika’s experiences around aesthetic treatments were far from positive. “There was always a negative connotation. If someone in our [Indian] community got any work done, they would be called Barbie and plastic or fake,” she recalls. When she turned 29, she sought out proper medical guidance and decided to get lip fillers. “I knew it was taboo because you don’t do these things in an Asian household. No one talks about fixing their ‘flaws' to make them feel better. But it was something I wanted to do,” she says.

Three years later Malika was ready to come forward about her treatment to her family and friends. “The first time I did it, I was living with my sister and she didn’t notice. I was confronted about it by other family members and friends, but always denied it. I would just say ‘I’m over lining my lips’ or ‘using a special gloss’ when they would ask me,” she adds.

Even though she finally admitted it to her family and friends, she won’t openly tell anyone unless they ask her. “I still feel it’s a personal choice ,and I’m not comfortable just telling people because it is still something that is frowned upon,” she says. In the next few years, she hopes people aren’t afraid to defy society’s rules on these topics. “We should just live in the modern world. If you want to change something to make yourself feel better from the inside out, go for it!” she declares.

With conflicting views about aesthetics from her parents and grandparents, Vishali had a rhinoplasty treatment to fix an old injury, which her family approved of. “I was so much more confident when I had my nose done. But one of the side effects is you lose your top lip. When I told my parents about another procedure they were disappointed,” she says.

Conforming to typical beauty standards within the Indian community, there was no room for unnatural looks in her household. “I think they saw too many images of botched fillers and what would happen when people went overboard. Eventually it was my dad, who caved in and requested they look natural,” she says. While admitting social media and reality TV stars had an influence on her, she says she kept to her family’s wishes. Even with the jaw filler she opted for a subtle approach rather than something outwardly obvious.

Despite different generations’ opposing views on aesthetic treatments, she says: “I feel that as time goes by it will be something that's more accepted. But for now, don’t be so narrow-minded. Just know, if you’re going to a place that is safe and do your research, it’s totally fine.” 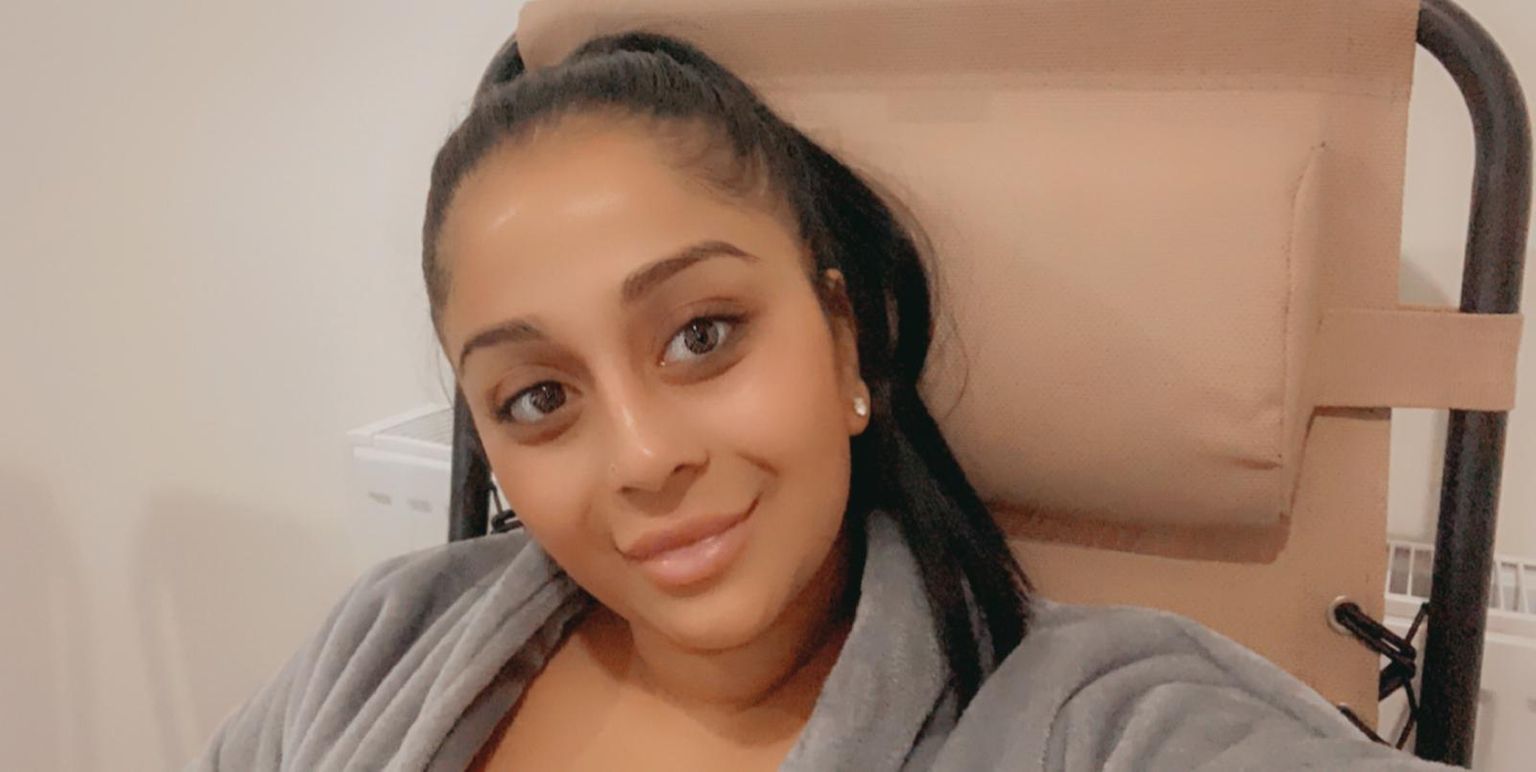 “If I'd told my mother that I was going to do any form of aesthetic treatment, she would have had a fit. She would always say, 'age naturally and don’t inject foreign objects into the body because they’re poisonous',” she says. This was the thought process running through Radhika’s head when she decided to undergo an aesthetic treatment.

Ten years ago, Radhika noticed more prominent lines on her forehead and around her eyes, but didn’t want to look artificial. “When I was told filler was option, I thought it looked too artificial. I wanted to look like the best version of myself,” she says. After confiding in a friend within her social circle, who admitted to having aesthetic treatments, she decided to subtly make changes to her appearance. “I fell in love with how much more refreshed I looked, and when I started to notice jowls, this led me to have a jaw lift with threads last year,” she adds.

Although, she still won’t publicly admit whether she’s had work done unless confronted about it, Radhika believes the stigma should end. “There are all these silly things being said about aesthetic treatments even today [among the Indian community]. If you want to chop off a few years and feel great too, why not go for it,” she proclaims.