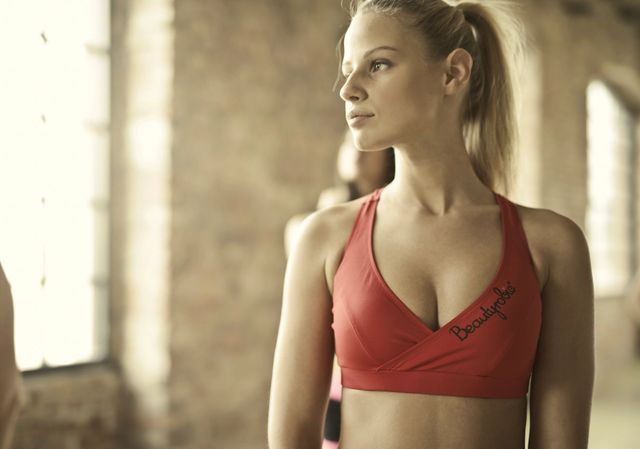 Sometimes, it doesn’t matter how much exercise you do or how well you eat, you just can’t shift that stubborn bit of fat. Most of the time, it isn’t noticeable to anyone but ourselves, but often, that can be enough to drive us to do something about it. For many of us, the idea of surgery is too extreme, but luckily there are several non-surgical, non-invasive fat reduction and body contouring treatments out there that claim to offer great results. It can be a nightmare if you have no idea where to even start though. So, let’s go through it together, and cover everything from laser fat reduction to ultrasound fat reduction, fat freezing and beyond...

Magnetic field fat reduction and body contouring treatments, such as EMSculpt, use high-intensity focused electromagnetic (HIFEM) technology to target fat and muscle at the same time. EMSculpt is great for people who are already in good shape, but want to shift stubborn areas of fat, such as the tummy, flanks, or lift and tone their bum.

The treatment lasts 30 minutes and, in that time, strong electronic magnetic pulses surge through the area, making the muscles contract like never before - it’s the equivalent of doing 20,000 situps in just half an hour, without the post-workout cramps that often happen.

There’s no downtime after EMSculpt, meaning you can get on with your day as you like. Four sessions are generally needed to see the best results, and you may want to repeat every six months or so.

Cryolipolysis (fat freezing) is another common method of non-surgical fat reduction. There are various different treatments that use cryolipolysis, including perhaps the most well-known, CoolSculpting.

Treatments, such as CoolSculpting, use controlled cooling to freeze the fat cells, killing them off and making sure they don’t return.

The treatment lasts between just 30 and 60 minutes, and fat in the target area can be reduced by up to a quarter. It takes a few sessions to really see a difference, so speak to your practitioner to make sure you’re able to manage your expectations.

Bruising, swelling and redness in the treated area are common side effects, but occasionally people can experience numbness for extended periods.

In the case of non-invasive fat reduction, radiofrequency waves are transmitted through pads, deep into the skin, and the energy converts into an intense heat that boosts collagen and damages fat cells. Once the cells die, they are metabolised and then leave the body through the lymphatic system.

Radiofrequency treatments work well on targeting tummies, double chins, upper arms, and muffin tops. Sessions last around one hour and, to get the best results, it takes between 4 and 10 sessions, depending on the treatment.

There’s no downtime with radiofrequency fat reduction procedures, but you may experience side effects like redness, soreness or bruising for up to 24 hours after the session. It can also result in burns if your practitioner is not medically qualified, so make sure you do your research.

Another way to zap stubborn fat is by using ultrasound technology such as Ultrashape. This is one of the least uncomfortable fat reduction and body contouring treatments, as there is no hot or cold sensation, and it targets areas such as the thighs, tummy, upper arms and bum.

The ultrasound tech transmits high frequency pulses through the skin and into the fat cell walls, destroying them and tightening the skin. The fat is then released as triglycerides and broken down and released naturally.

There’s no downtime after Ultrashape, so you can carry on with your day after the treatment. For best results, many practitioners suggest around three sessions.

One injection-administered treatment that has spent a lot of time in the limelight over the last few years is Kybella. Approved by the FDA back in 2015 for submental fat, this non-invasive treatment is used for getting rid of excess fat from under the chin (AKA the double chin).

So, how does Kybella work? Well, numbing cream is applied to the under-chin area before synthetic deoxycholic acid is injected into around 20 carefully selected spots in the target area. The deoxycholic acid targets the fat cells, and eats away at them, killing them off permanently. Some describe the sensation as an intense aching or burning.

Common side effects of Kybella include pain, swelling, redness and numbness. Less common side effects include nerve injury, ulcers and trouble swallowing. Contact your practitioner if do experience any of the latter.

Of course, fat reduction and body contouring treatments should never be used in place of a balanced diet and exercise (sorry to confirm what you already knew). But as part of a healthy lifestyle, they can have amazing results. So, if you’ve decided you want to target an area of fat that just won’t budge, there are plenty of options that mean you don’t have to go under - or anywhere near - a knife.

EMSculpt, CoolSculpting, Ultrashape, Kybella and HIFEM are all registered trademarks

How does EMSculpt work?

Stop press! There is a treatment that helps reduce fat and build muscle? And it doesn't involve surgery? Everyone, meet EMSculpt...

You can freeze a lot of things, but have you ever thought about freezing fat?

But what's the difference between CoolSculpting and Sculpsure? Find out more about the two fat reduction options.

Fat freezing?! What exactly is CoolSculpting?

How does CoolSculpting work and who does it work best on? We explain the fat reduction treatment.