Brace yourselves for this one. It would appear the Bratz Doll is the latest 'look' some women are hoping to achieve through lip fillers, Botox and threads.

If you're going to get lip filler, go to someone who won't let you look like a doll. Click here to find a lip filler expert near you.

While we are all for women doing what the hell they want with their faces, and blow what anybody else thinks, we're going to say this is not a trend we advocate: on any level.

What is the Bratz Doll look?

It's the look that ordinary women fear will happen if they dabble in lip fillers and Botox. Big heart-shaped lips, fox eyes, frozen foreheads and a 'snatched' appearance. With their plumped up pouts, button noses and high cheek bones, the Bratz Dolls -—Yasmin, Cloe, Jade, and Sasha - were released in 2001 featuring almond-shaped eyes adorned with eye shadow and lush, big glossy lips. 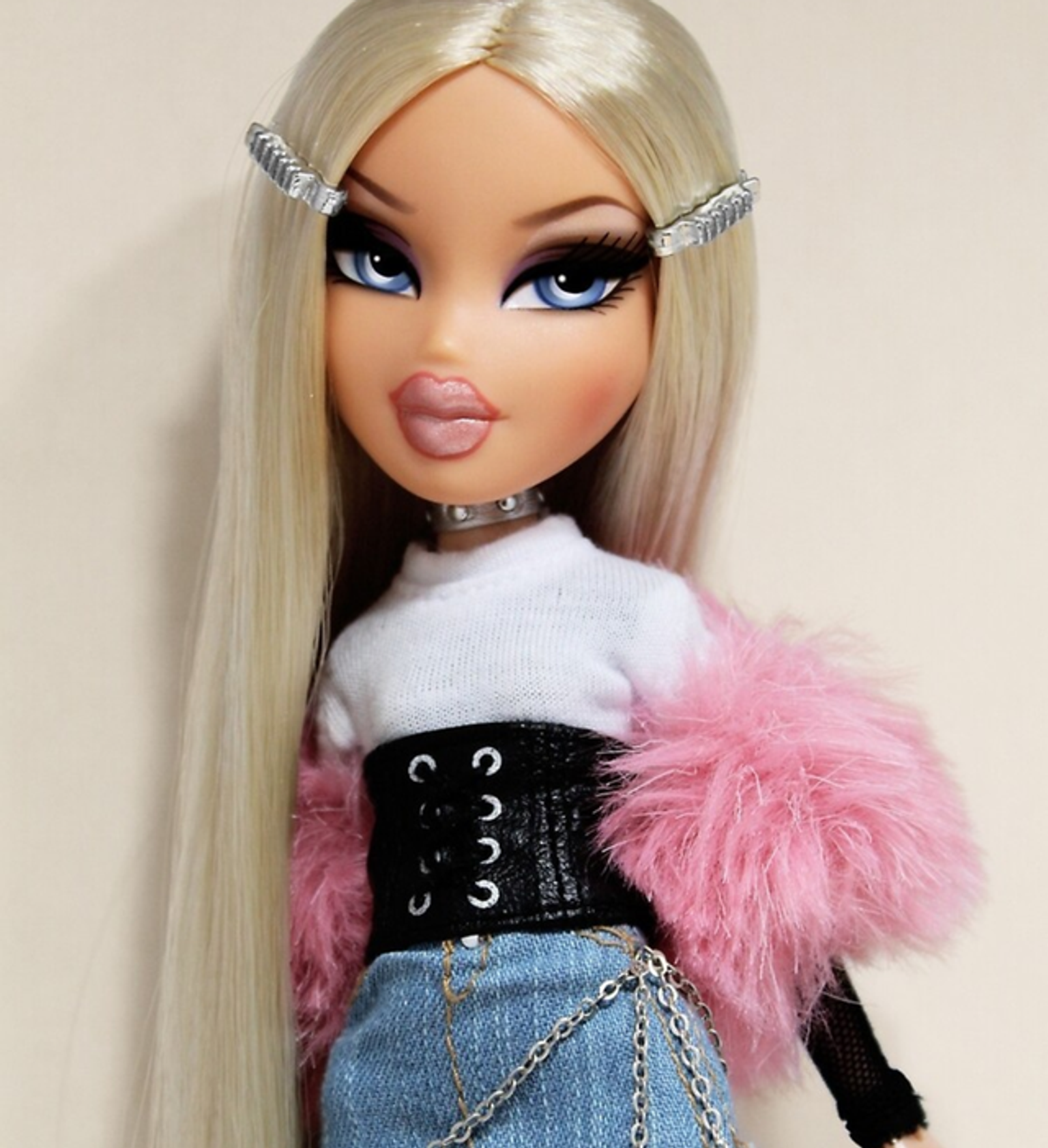 But they're only dolls?

Sure they are. But what do little girls love? Dolls. In 2007, concerns over the body image and lifestyle the Bratz dolls allegedly promote were raised by the American Psychological Association after they established their "Task Force on the Sexualization of Girls." In their published report, they cited concern over the adult-like sexuality the Bratz dolls allegedly portray. The report has been criticized for an apparent lack of supporting evidence and data, with another study finding that for young African-American girls, the dolls' racial diversity was a more salient variable during play than their sexualized outfits

Why do adults want to look like Bratz dolls?

It's a complex issue and one we can't fully address (nor are qualified to!) here. However, it's reasonable to assume the motives for wanting to look like a doll, are very different from wanting to fix your frown lines or improve your eye bags. Yet, it muddies the water and hinders the positive, sensible and responsible side of the aesthetics industry and is part responsible for the misconceptions, misunderstanding, fear, cynicism and stereotyping that is prevalent around fillers and Botox. The problem also, is that no amount of aesthetic treatment will actually make a human look like a doll and by trying to emulate a plastic, fake toy - women actually end up looking like someone who has been cutting up old magazines and then rearranging all the different models features to make a completely new face. They don't look like themselves, they look like strange, alien-like, altered versions of themselves. If you're a regular Glowday reader, you'll know we advocate natural, subtle and discreet aesthetic treatments that don't change the way you look but leave you feeling like the best version of yourself. 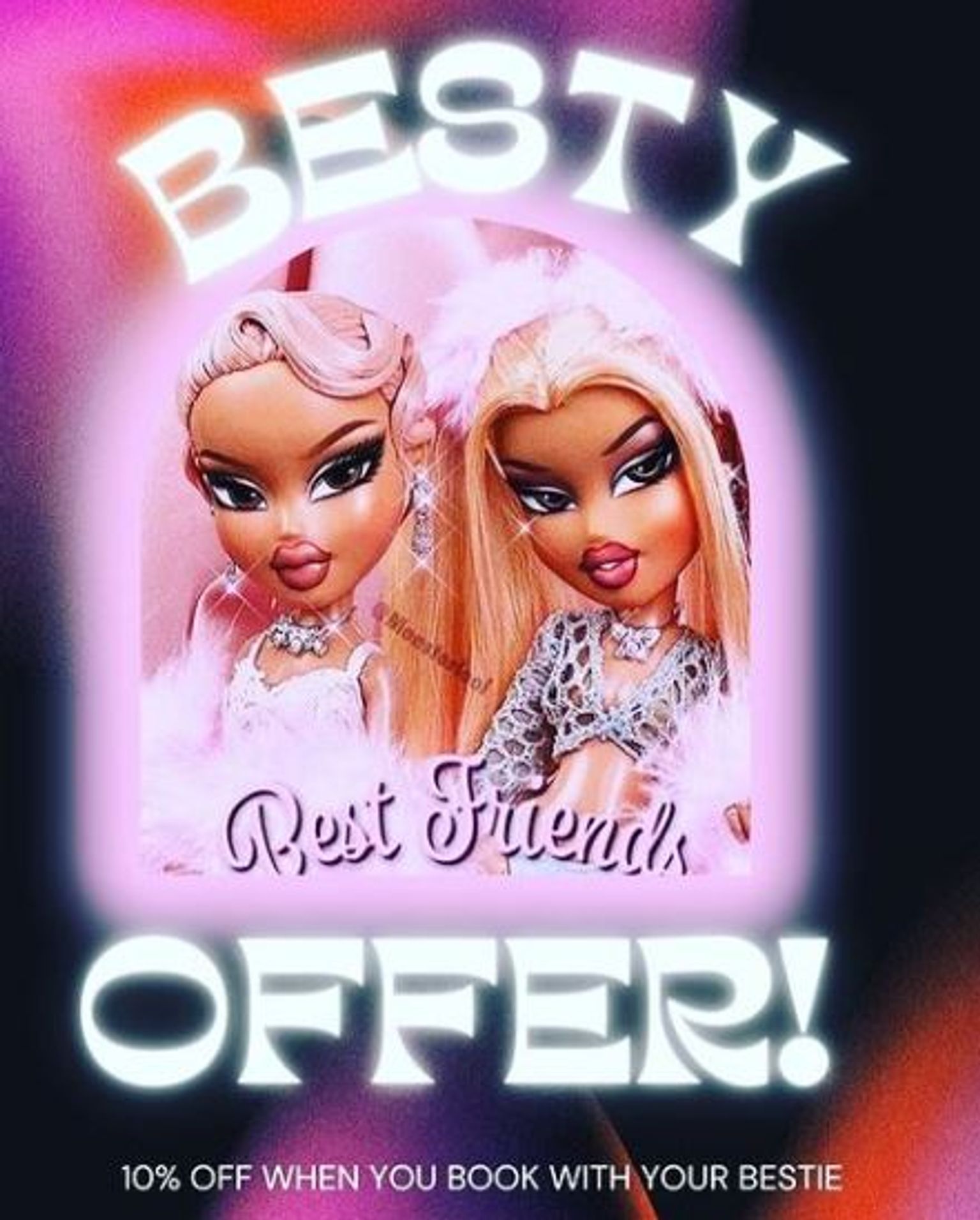 Beauty is in the eye of the beholder

We totally understand that some women WANT to look fake, they want to look plastic and, given this is now a marketing tool used by some 'injectors' to attract customers, want to look like a doll. They want to emulate the features of those Bratz Doll and they're happy with the end result. And part of us thinks, you do you, whatever makes you happy. But here's the rub. Just because there is demand, it doesn't mean it should be met. Allowing people to do what they want to themselves at all costs isn't always the 'right' thing to do. The hard truth is that it's usually always non-medics offering these Bratz Dolls or Kardashian packages. This means it's highly unlikely that there will be an informed consent, the patient will not be assessed for body dysmorphia or other mental health issues and by satisfying their quest to look like a doll, they're contributing to a deeper problem, or causing future problems.

What needs to happen?

It is our view that if the Government regulated the industry and made it illegal for non-medics to administer aesthetic treatments, fewer women would distort their faces because there would be very few injectors willing to do it. We're not saying that ALL medically-qualified aesthetic practitioners would agree - some might say it's the patient's choice. However, they will at least be bound by their statutory bodies to conduct the right, informed consent and medical history and be held accountable if something goes wrong. However, we know our practitioners pretty well, we speak to them every day. We have a good handle on what they stand for, their ethics, their morals and the responsibility they feel for only offering safe, subtle and sensible aesthetic treatments. If the industry was regulated so that only medics can perform these treatments, we would rarely - if ever - see a promotion for the Bratz Doll package - and that would be very, very welcome.

To find a medically qualified practitioner near you who offers natural, subtle and discreet cosmetic treatments, search Glowday here.