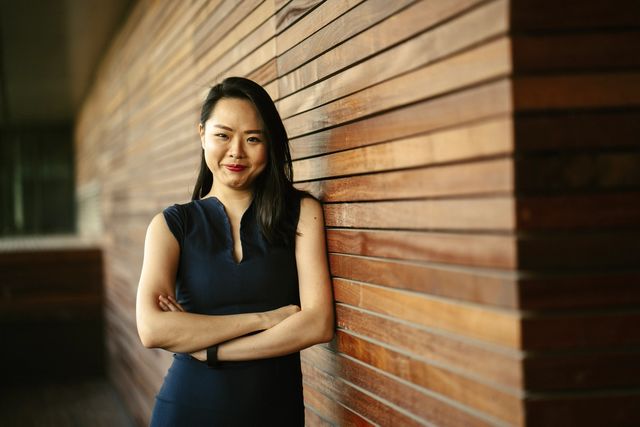 If you’ve ever suffered through the battle of acne, you’ll know how annoying it can be. And if you’ve had to deal with acne scarring, you’ll really know how annoying that can be. Yep, that’s right. The struggle of acne isn’t just about trying to clear up your blemishes - it’s also about trying to make sure there’s no trace of them once they’ve finally packed up and gone. But, sometimes, acne scarring is inevitable. And, if you’re fed-up with the ghost of acne past, let me tell you about one potential remedy: microneedling.

But, first, why do we get acne scars?

Acne scars form when the skin tissue and collagen (a protein responsible for the skin’s structure) surrounding an acne lesion become damaged. And what do you end up with? Dimpled skin texture thanks to atrophic scars, that take the form of ice-pick, rolling and boxcar indentations.

When the skin’s been affected by acne scarring, it’s all about trying to even out skin texture by building up and filling out the scars. And a microneedling treatment is perfect for this. Let’s take a look.

Microneedling (a.k.a. collagen induction therapy (CIT), percutaneous collagen induction (PCI) and skin needling) is a minimally invasive, low-risk aesthetic treatment and, whilst it has needling in its name, it’s actually not that scary at all. During a microneedling treatment, a couple of different tools can be used across the face. The first is a dermaroller, a cylindrical instrument which has lots of short, fine needles on its surface, which is rolled over the face. The second is a pen-like device which has needles at the end - when this device is turned on, these needles move rapidly in and out of the skin.

Sounds terrifying, but it’s really not that bad - especially as far as treatments using needles go! And with a bit of topical numbing cream applied before the microneedling begins, pain really is minimal.

How to get rid of acne scars with microneedling

Microneedling boasts a pretty wide range of benefits (those of you with under-eye circles, wrinkles and large pores can all jump on the bandwagon), but its ability to smooth out bumpy skin texture is what we’re here for today. And microneedling helps even everything out a little by causing intentional trauma to the skin - don’t worry, not in a bad way.

Basically, what happens is, the needles on the microneedling device travel down to the dermal layers of skin and, as they do, they create tiny punctures - this is the controlled injury I was on about. And this stimulates the skin’s natural healing process, which involves the formation of new skin tissue and the production of elastin and collagen - the same structural protein that’s weakened when an acne scar forms. Collagen is a must-have component for plump and bouncy skin and, when it’s spurred into action after a microneedling treatment, it helps to fill out the pitted acne scars and restores the skin’s scaffolding. Hello, smoother, firmer, even-textured skin!

Benefits of microneedling for acne scars

Microneedling might not only seem tempting for its skin-smoothing and resurfacing powers, but also for its other cool benefits. With this treatment, there’s virtually no downtime, minimal side effects (only slight redness and minor inflammation) and the whole thing takes less than an hour - win! So, you’ll be able to take hold of your acne scarring pretty quickly and effortlessly.

And if you don’t want to take it from me, there’s also science to back-up the impressive results of this acne scar treatment. One study reports a minimum 50% improvement (results actually reached as high as 75%) in acne scarring after just 2-3 microneedling sessions - you can’t really argue with that!

To get the most out of this treatment, you’ll probably need several microneedling treatments - roughly 3-9. The exact amount will depend on things like the severity of your acne scars, but speaking to your practitioner will give you an idea of how many sessions you’ll need. And, of course, choosing a medically qualified practitioner who knows exactly what they’re doing will mean you get the best (and safest) results.

And that’s everything you need to know about getting rid of acne scars with microneedling! Want to learn more about the microneedling benefits, how to prepare for the treatment and its side effects? You can check out our microneedling treatment guide for the lowdown.

What Are BHAs? Salicylic Acid Explained

Struggle with breakouts, blocked pores and acne? Chances are you’ve used a BHA product at some point. But what are they, and how do they work?

How to Get Rid of Acne: Best Acne Treatments

Getting rid of breakouts can seem impossible, but here are three acne treatments to get your skin into shape!

Chemical peels can be great treatments for expertly targeting acne and acne scars. Find out how…

Sounds like an amazing app that will make your selfie look incredible, but what is photo-rejuvenation?