You may be here because you suffer with - or suspect you might be suffering with - vitiligo. But what is vitiligo, how does it present itself, what treatments are available, and what impact can vitiligo have on a patient's mental health? Let's take a look.

Vitiligo is an acquired persisting depigmenting disorder of the skin in which melanocytes (pigment cells) are inactive. It causes well-defined milky-white patches of skin, called leukoderma. Vitiligo is considered an autoimmune condition in which the body’s own immune system rejects its own cells, in this case melanocytes. There is a genetic susceptibility, but it is not inherited directly.

The most common sites for vitiligo are the hands, face, around body openings (eyes, nostrils, mouth, umbilicus and genital regions) and within body folds such as underarms and groin. It is usually a clinical diagnosis, and no tests are necessary.

There is no vitiligo cure, but treatment may be helpful in restoring the colour, and re-pigmentation may not be permanent. Vitiligo treatment includes:

Vitiligo can cause a reduced quality of life and psychological difficulties in many patients. Therefore, family support, counselling and CBT (cognitive behavioural therapy) can be of benefit.

We’d like to introduce you to 27-year-old Yasmin Toseafa, a physician associate, who recently featured in The Perfect Imperfections project! We were so inspired that we wanted to reach out to her to chat about her experience with vitiligo.

Hi Yasmin. Thank you so much for agreeing to talk to us about your experience with vitiligo. When did you first notice that you had vitiligo?

My vitiligo first started to develop when I was about 8 years old. I’m not 100% sure what the cause of my depigmentation was, but I know it can be triggered by stress or trauma. The only trauma I can remember happening around that time was when I fell off of my bike whilst riding high speed, and my face skidded across the pavement as I did. It was quite cut up, so scabs developed (as normal), but I noticed, when the scabs fell off, that the skin underneath them was white. The pigmentation never came back. Then, I noticed other areas of my body starting to lose pigment too. Imagine how different my life would have been if I had never fallen off my bike!

Oh wow! What a significant life event. How did your vitiligo diagnosis make you feel?

I guess I was so young when I started getting vitiligo that I didn’t fully realise the weight of the diagnosis in terms of how it would affect me in the future. Maybe part of me just thought the pigment would come back eventually. When you’re younger, you’re a lot less concerned about your appearance, so it was just something I got on with. However, once I was a bit older, and started getting ready to go to secondary school, it started to bother me more. People would make mean comments. I was so confident when I was young, but I noticed that I became a lot more reserved and self-conscious. On reflection, I am sure a lot of that was due to my vitiligo.

We can imagine that was incredibly difficult to cope with. What has living with vitiligo taught you?

How have you managed your vitiligo?

I’ve tried so many things, but the fact is there is no ‘cure’ for vitiligo. My hypopigmentation has varied over the years. I used to have it all over my fingers and knees, but these seem to have re-pigmented with very little input from me. However, the vitiligo around my eyes has never gone away. I used steroid creams when I was young, but they didn’t really make a difference, and they can only be used temporarily, as they are known to thin the skin. I started camouflaging my vitiligo quite soon after I got the diagnosis. I saw a dermatologist who put me in touch with a specialist. They provided me with a shade, and there began a love-hate journey with my camouflage makeup that, in reality, is still ongoing! Over the years, I’ve used different makeup products and improved my technique to gain a decent coverage. Some days it looks perfect, other days, I spend 45 minutes in the mirror and still can’t get my camouflage to look right! It’s a big source of frustration for me. A few years ago, I tried using topical tacrolimus ointment on my vitiligo. This did bring back some pigment, but it was sporadic and the ointment had side effects such as facial burning, soreness, and sensitivity to hot and cold temperatures. I have now stopped using the ointment and rely solely on camouflaging. I have considered UV treatment, but have never acted on it. 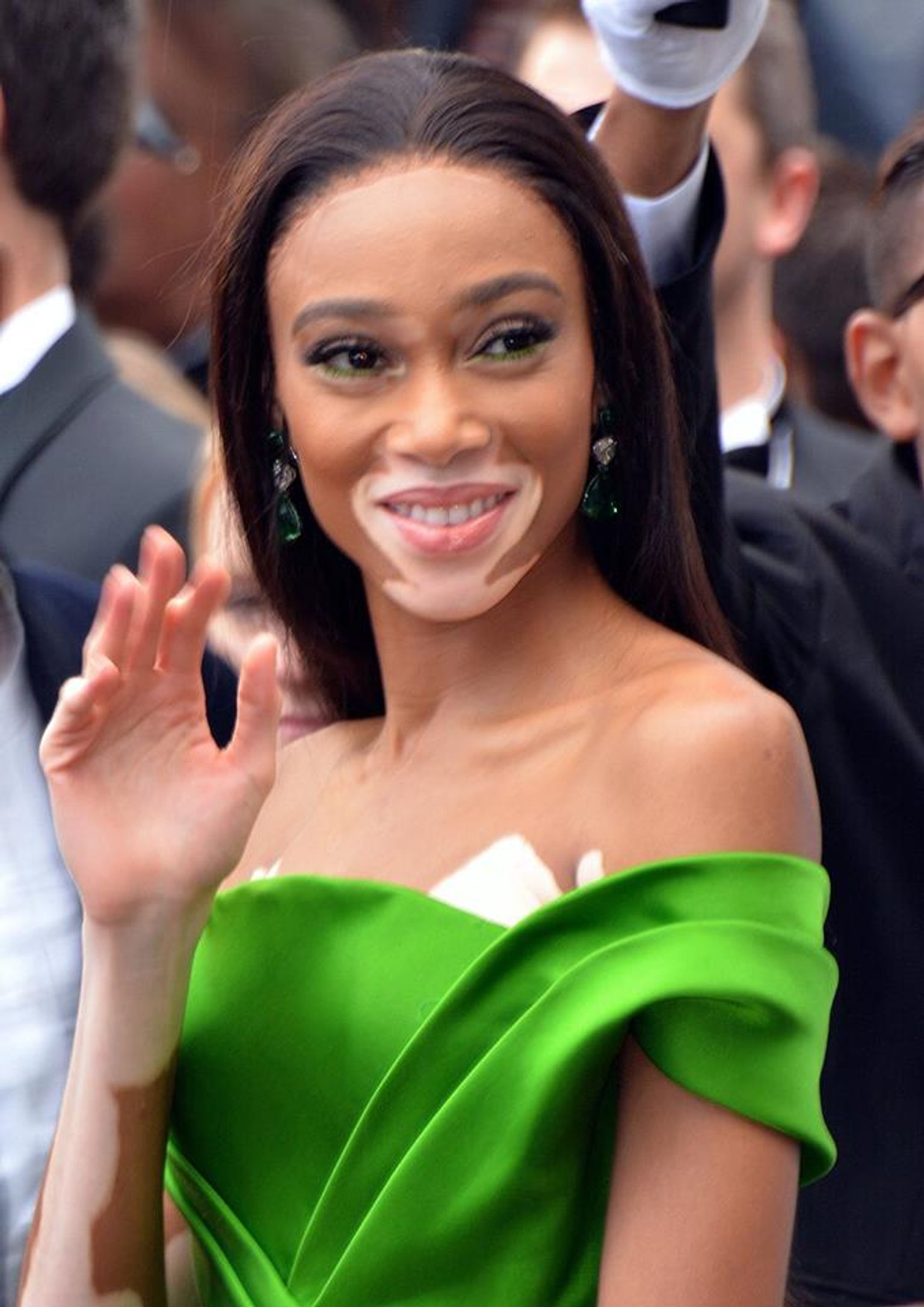 As well as the above physical treatments, we know that vitiligo can have a large psychological impact. With this in mind, is there anything that has helped you psychologically?

Self-acceptance has been the biggest thing. For many years, I was so concerned about what other people would think of my vitiligo. I was convinced no one would ever find me attractive, or people would see me without my makeup and freak out, but that couldn’t be further from the truth. The supermodel Winnie Harlow being so open and proud with her vitiligo has encouraged me profoundly and given me courage to go to supermarkets, shops, the gym, even to post on social media with my vitiligo on full view! Something I never would have dreamed of doing just a year ago. I have also joined a vitiligo support group on Facebook, which is just so encouraging. Everyone I’ve shown my vitiligo to has been nothing but supportive, and I couldn’t have asked for a better or more heart-warming response.

If you could give one piece of advice to healthcare professionals when speaking to a patient with vitiligo, what would it be?

I think it’s important to give us all the information you can about what is out there for people with vitiligo. From steroids to topical immunosuppressants, and from UV treatment to the importance of SPF - many people with vitiligo may be desperate to know what options there are to try. I would also say not to neglect the mental effects vitiligo can have on a patient, and to signpost them to join support groups if needed.

We would like to extend a huge thank you to Yasmin for taking the time to talk to us about vitiligo and for helping us understand more about the condition as well as the impact it can have on an individual.