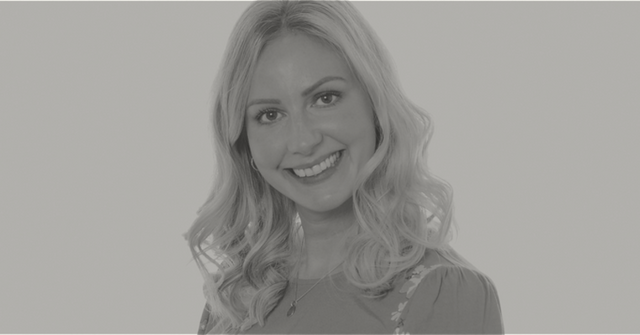 It’s that time of week again - Practitioner Spotlight time! This time, I spoke with the gorgeous Dr Jessica Halliley (Your Beauty Doctor), who reveals what piqued her interest in aesthetics, and why everyone should feel liberated to talk about aesthetic treatments, instead of feeling ashamed.

Hi Dr Jessica! What was it that sparked your interest in aesthetics?

I qualified as a doctor in 2014, but it was my own desire to get aesthetic treatments that drew me to the industry. I thought, “I can do this, and I can do it well.” So, I started with a foundation course and I’m now doing the Level 7. The reason for this is that while, unfortunately, the aesthetics industry still isn’t regulated, the Level 7 does more than the average aesthetics course - I think it helps make you an ethical practitioner. So, I know that I’m adequately prepared for when regulation does, eventually, come into play. I’m really enjoying networking and meeting other practitioners through the course. Even when I’ve completed it, I’ll continue studying, as it’s so important to stay on top of things in this industry.

What’s your advice to anyone just starting out in aesthetics?

Starting your own aesthetics business is really hard work. If you don’t have a passion for it, don’t do it, because it requires a lot from you - both financially and personally. A lot of people see it as a quick money maker, but it isn’t. The business side of it takes a lot more of your time and effort than you might think.

Also, don’t just go on a one-day course and think you’re ready to start setting up a business. One-day courses are good if you just want to dip your toe in and see if you enjoy aesthetics, but you’ll need more than that if you’re intending to get started.

What’s your ethos as an aesthetic practitioner?

In my opinion, the best injectables are undetectable, so, my ethos is natural results and subtle enhancements, done safely. I like to think that if you passed one of my patients in the street, you wouldn’t know that they’d had any treatments done. They would just look natural and beautiful. I always explain my ethos to my patients, and I’ve turned away patients who have wanted more, explaining that they might not be happy with the subtle result I would be aiming for.

I use AlumierMD medical grade skincare. In the morning, I use the HydraBoost cleanser, followed by the Ultimate Boost serum because it’s so hydrating. Then I use the Vitamin Rich Smoother (C&E), which acts as an antioxidant, and I always use the Sheer Hydration SPF every day. Oh, and AluminEye under my eyes.

In the evening, after cleansing, I use the Retinol Resurfacing Serum. I’m currently using the 0.5% while my skin gets used to it. Then, I use the Ultimate Boost Serum again, followed by the HydraDew moisturiser and then the under-eye retinol.

After just a few months of using these products, I stopped wearing foundation, and everyone said how great my skin looked. It’s really working!

It definitely is. Your skin looks flawless! So, what about treatments? What’s your fave to perform?

My favourite treatment is cheek filler. Everyone knows about lip filler - it’s become pretty commonplace - but not that many people know about cheek filler, yet the effects can be amazing. I love the look on a client’s face when they’ve had this treatment. They’re often so surprised by the results. However, it’s important to have an artistic eye and see how much filler would benefit the individual rather than sticking to a specific amount every time.

Great choice - it’s such an amazing treatment! So, what do you think the future of aesthetics will look like, Dr Jessica?

I hope that there will be more regulation in the industry, and a greater distinction between beauty salon environments and medical clinics, which there still isn’t in many cases. It’s so important that the government sees aesthetics as a medical specialty in order to allow for more safety in the industry.

I also think aesthetics will grow so much more in the future. It’s becoming more talked about and more accepted by everybody, whereas before, it was the younger generations who were much more open about it and used to seeing tweakments on social media. However, more and more patients in their 40s and 50s are now becoming more open about it, and less afraid. Historically, you were made to feel ashamed if you had aesthetic treatments, but whether you’re having lash extensions or non-surgical aesthetics, it’s about doing something for yourself that makes you feel good. It’s just important that, if you decide to have tweakments, you find someone who is medically qualified and safe.

I don’t think you should have facial aesthetics unless you’re happy to talk about it. It should be a positive thing, not something to feel ashamed of. Celebrities often get asked in interviews if they’ve ever had surgery and, technically, they’re telling the truth if they say no, as tweakments are generally non-surgical, but it’s about educating the public about what can be achieved with fillers and Botox, not hiding away from them.

Thanks, Dr Jessica! It was great chatting with you.

I recently had the pleasure of chatting with Dr Claire Ashley of Aethra Aesthetics, who shared her skincare secrets with me and talked about her philosophy when it comes to tweakments.

This time, we shine a light on the fantastic Anna Davies, principal dentist and owner of Wellwood Dentistry in Penarth. She talks about getting into aesthetics, and being an award-winning aesthetic practitioner.

Dr Shaan Patel joins the Glowday Practitioner Spotlight series to talk to us about why trust is so important in a patient-practitioner relationship.

I recently spoke to the lovely Shelley Folkes of Halo Aesthetics. She talked me through the typical challenges practitioners face.