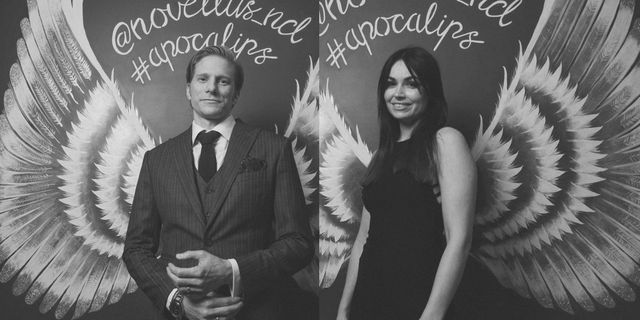 In this Practitioner Spotlight interview I was lucky enough to meet not just one, but two amazing aesthetic practitioners - Dr Steven Land (doctor of 20 years and owner of Novellus Aesthetics in Newcastle), and Novellus’s resident nurse practitioner Ness Griffiths. They gave me the lowdown on their top tips for aesthetic first timers, why more men than ever are getting tweakments, and how to get that perfect wedding glow.

What are your top tips for tweakment first timers?

Ness: People often come into the clinic and ask, “what do I need?”, which is always a risk for practitioners as you don’t want to give someone a complex about something they had never even noticed before. I always say, “if you come in with a problem, I can help you find a solution.” Otherwise, you can get led down the garden path. Clients should have a vague idea of what bothers them rather than simply asking, “what do you think I need doing?”.

Steven: Ness is right. I think every practitioner has done this at some point in their career. They analyse a client’s face and give them a whole load of things to worry about that they’d never even considered before. It starts to look like a shopping list, rather than a treatment plan, and means the client ends up running away and you never see them again.

It often comes down to how a client feels when they look in the mirror. So, if they’re feeling tired or sad, that's actually really helpful for us as practitioners to know, so we can focus on this and address the issue.

Ness: Another important point to think about when you're looking for a practitioner is that you need someone who will say “no”. If someone comes in to see us and we think they’ve had too much done and they're not going to look natural, it’s not going to look good on them and would reflect badly on our practice. A practitioner needs to be able to say, “no - that's enough”. Otherwise, you run the risk of entering into the realms of body dysmorphia.

You also need a practitioner who is able to deal with complications if they ever happen. Both Steven and I work in A&E, and in the last few months, we’ve seen multiple patients who have come in due to issues with fillers, performed by practitioners who haven’t known how to correct them, which is worrying.

Steven: I think it can be really difficult for clients to know who they can trust - who’s a good practitioner and who isn’t. And that’s why personal recommendations from friends, social media reviews and the Glowday platform, alongside attending an initial consultation, can all come in handy for helping people find trusted, medically qualified practitioners.

Is aesthetics for men on the rise?

Steven: Men are definitely starting to come in more and more for aesthetic treatments. I started this business 7 years ago, and for the first 18 months to 2 years, I can't remember seeing a single male patient. But, certainly, over the last 18 months to 2 years, I've seen a rise. And I think it's the same within the beauty industry. Twenty five years ago, you never would have seen a man using a moisturiser, but these days, many men often have a more complicated skincare routine than their wives. Looking after ourselves and wanting to look good tends to filter down through society. We are seeing a lot more men now coming in for treatments like jawline, chin and cheek fillers, Botox, laser hair removal - a real mixture of things.

There's still some stigma attached to it, but it’s picking up, and I think this is mainly down to awareness. Men are becoming a lot more aware of what's available and what's out there. And then, there are the celebrity and TV show influences that raise public awareness about certain looks and treatments.

Ness: We're also getting better, in the industry, at tailoring treatments towards men. We have a better idea of how the male and female anatomy and ageing processes differ. And we know that if you treat a man in the same way as you treat a woman, they can look quite odd. We now have a lot more treatments specifically for men because of the demand.

A big part of men choosing to have more treatments also comes down to the fact that things like laser hair removal make their lives so much easier and take away the need to spend as much time on their grooming routines.

Steven: We, as men, are inherently lazy, so if there’s something that reduces the amount we have to do, we’ll do it.

What’s the best treatment for getting a gorgeous wedding glow, and how far in advance do we need to start thinking about it?

Ness: When people are preparing for a wedding, they’re often thinking about their dress, hair and makeup, but they haven’t thought about their skin. They don’t realise that without great skin, their makeup won’t go on as well, so you can pay a fortune for a makeup artist, but without lovely soft, smooth skin, it’ll never look as good as it could.

The WOW! Fusion facial is one of my favourite treatments for giving a wedding glow. It’s a microneedling device that you can add lots of things into to create a personalised treatment, tailored specifically to the individual’s skin needs. It gets rid of redness and reduces pores and is a really fab pre-treatment wedding.

Steven: It’s important for clients to know that they need to start thinking about it considerably earlier than they think they do. If someone comes to me saying they want Botox or fillers 3 weeks before a wedding, I’ll turn them away. The reason for this is that side effects for these tweakments are, generally, few and far between but you don’t want to risk anything affecting your big day. For example, a spock eyebrow after Botox or a reaction after a skin treatment.

We need time for them to get used to a treatment and make sure they don’t have any side effects, etc.

What do you love most about your jobs as aesthetic practitioners?

Steven: The feeling you get when you’re helping someone become much happier than they were when they walked in the door - when they look in the mirror and see the true version of themselves looking back - is just great. You’re helping people become the best versions of themselves and making a big difference to their confidence. That feeling is almost addictive.

Ness: I get the same feeling that Steven mentioned when I do laser hair treatment. You often get people coming in who have medical conditions that means they've suffered with troublesome hair for years and years. I treat them and the hair will often be gone after just one session. They literally burst into tears with happiness on the chair. It’s a great feeling to know I’ve helped them.

Get the scoop on Linda Willis's (LMW Aesthetics) thoughts on the next big tweakment and the treatment she sees consistent results with.

Get the lowdown on Dr Genevieve's thoughts on trends in aesthetics, maintaining results after a treatment and why tweakments are still taboo.

Dr Rebecca Hill talks best tweakments for injectable virgins, and when to get serious about your skincare routine.