To be or not to be? Should I get Botox?

To be or not to be, should you get Botox? We'll come back to William soon, bare with.

There is an utterly bizarre relationship between women and cosmetic treatments.

There are many women who would like to try some anti-ageing treatments like Botox or fillers, but they believe if they do, they have cheated or failed - and they can not and must not interfere with ageing. Others subconsciously or even consciously consider it some kind of challenge or competition, they want to ‘grow old gracefully’ and they will triumph over other women who choose to do it disgracefully by opting for a bit of non-surgical help. And some women simply cut their nose off to spite their face, just so they can say ‘I’ve never had anything done’. They undoubtedly feel a sense of superiority about it. Like those people who have never smoked. Not that I’m saying anyone should smoke, that’s ridiculous, but there is a (justified) sense of pride about having never picked up a Marlborough Light, and I think some women like have that same proud feeling about never ‘touching their face’, even though secretly they’d love to try a bit of Botox - and a fag. Thus conscience does make cowards of us all! 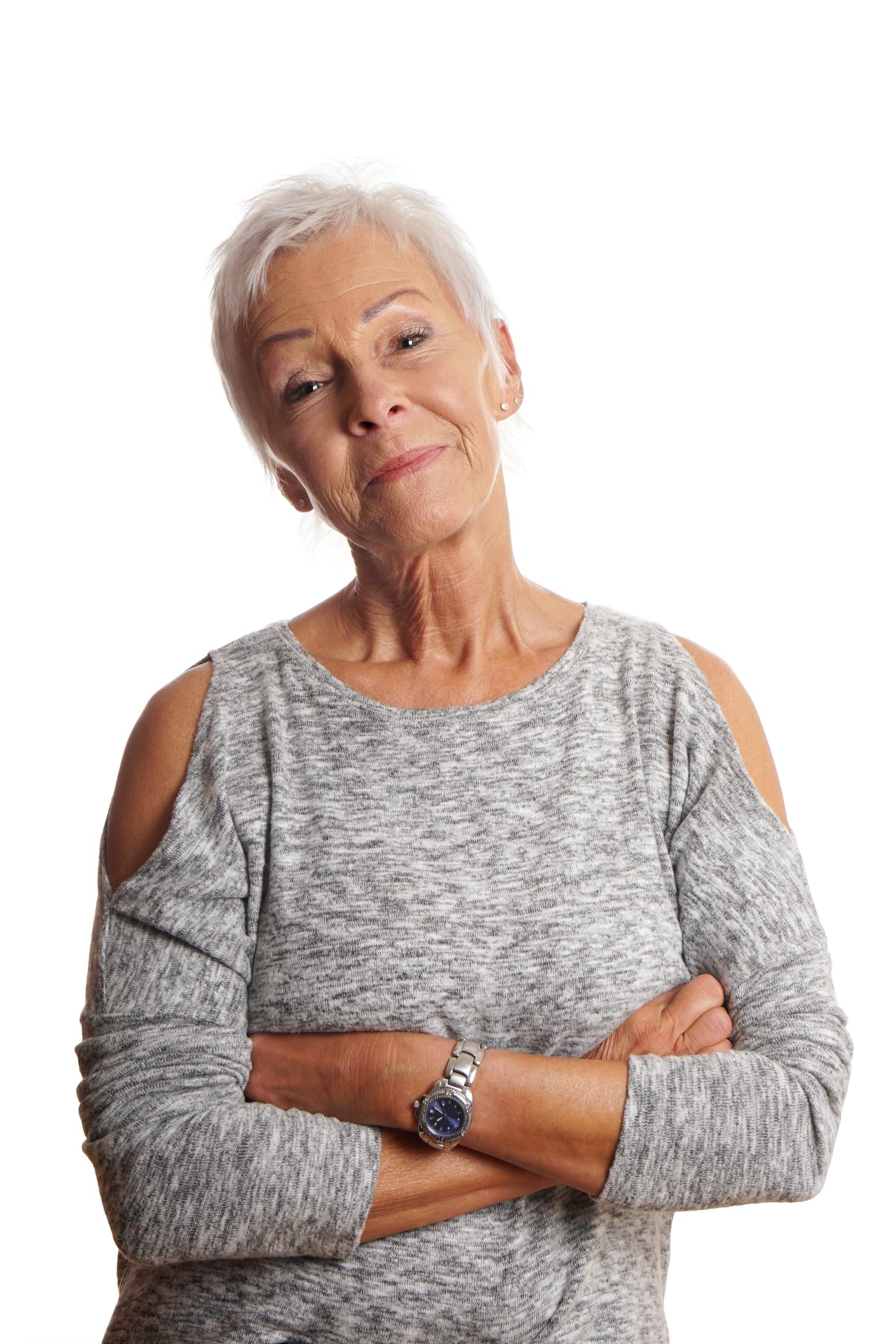 Angela feels morally superior that she's never smoked or had Botox. Well done Angela. Had a few sunbeds though haven't you love.

It makes some sense. There is nothing more satisfying than being told you look young for your age or perhaps good for your age and when it’s still all ‘natural’. Women certainly feel a certain sense of achievement, a smugness, a ‘well done me’ about it all. It gives us a little spring in our step ‘go me, I haven’t even had anything done and I’m forty flipping three - they thought I was in my thirties! They probably lied, but that’s fiiiiine.'

Is our obsession with how we look down to social media?

Quite why we’re all so obsessed with how we look, how our friends look and how other women look, I don’t know. I don’t believe it’s a new thing, I don’t blame the rise of social media. It’s simply inherent human nature, beauty has been discussed for centuries, and while Shakespeare didn’t have Botox (as far as I know) his illegitimate son did have a nose job! I kid you not. His original nose had fallen off due to syphilis. And, Shakespeare's work was full of references to how women looked:

I was going to say thank god women aren’t possessions anymore but then I realised feminism hasn’t actually come on that far since the middle age. But, I digress, and that’s another blog for another day, this is already going down a weird road. 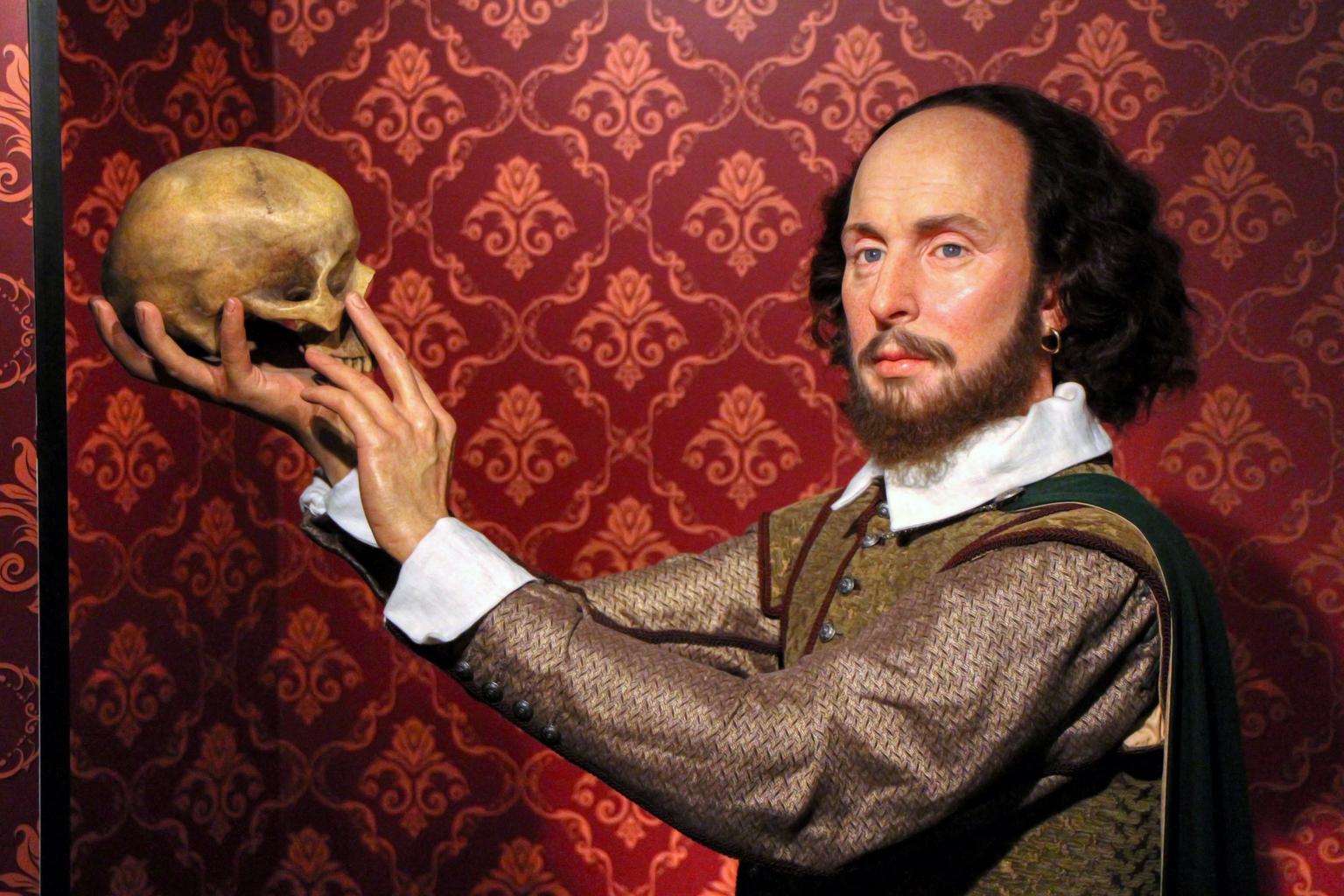 Shakespeare was a dude, pretty sure he would have been all over a hair transplant.

Are you a charlatan if you have Botox?

Back to the matter at hand. Quite why ageing naturally without any intervention is heralded as an achievement, a goal and testament to a successful life is weird too. Why does it matter? Who made that rule up?

If we’re told we look good yet we’ve had some help from Botox or fillers, chemical peels, microneedling or any of the other non surgical aesthetic treatments available these days, a lot of women feel like a charlatan. It’s this feeling of deception that prevents so many women from having cosmetic treatments.

I asked a few friends what they thought. My pals cover a broad spectrum of both age and social class, some of whom have fully embraced Botox and fillers, some of whom will never touch injectables. I promised I’d keep their names out of it, just in case The Daily Mail gets hold of this.

“I just don’t see the point in it, I don’t think anyone ever looks that bad - they just look their age - ageing happens to everyone so we may as well just crack on” said one friend (not sure if she meant literally) who clearly thinks I should go back to working in personal finance and is happy with her face.

Another friend, from a different social group, said: “I think I got unlucky with my genes because of how fast my face is ageing. I look older than I should and I hate people looking at my face too closely! I look haggard and worn out, and it makes me FEEL more haggard and worn out - I reckon I’m a year away from getting some help - before it really starts getting to me!” By the way, she doesn't look half bad to me!

It was this comment from another friend that got my fingers tapping though: “Yes, I’ve had some stuff done and I feel 100% better for it, but I feel like a fraud, and a fake. I feel as if I ought to confess what I’ve had done anytime anyone says anything to me about my appearance - I feel as if I’m lying if I don’t, and I really worry my friends will think I’ve lied or that they’ll be talking about me, debating if I have or I haven’t… so I may as well just admit to it.”

Having cosmetic treatments is a crime!

Confess. Admit. Fraud. Fake. All utterly negative words akin to someone who has committed a crime. Is that where we’re at? Such is the judgement that women feel, it’s become criminal?

I don’t think this is an unusual scenario and while it didn’t prevent my friend from going ahead with her fillers, those feelings that she’s experiencing are the root cause as to why so many women don’t go ahead with treatments. Some don’t want to be judged (even though they’re not morally opposed) and some are simply morally opposed -or have convinced themselves they are.

What’s utterly bonkers about this is that those same women who have a moral issue with Botox, probably don’t think twice about bleaching their hair, working with a personal trainer, or having their eyebrows microbladed and, more illogically, then buying insanely expensive skincare products (that don’t work and are a waste of money) to help them achieve the very thing that Botox or fillers could do in a jiffy. I don’t get it. These same women will be the ones who say they’re against botox and fillers because you should age as intended, yet try everything else under the sun to stay looking young.

I also have a suspicion they secretly resent and are a little bit envious of their friends who do have the balls to do it. But they’ve made their bed and their feelings about botox and fillers known, so they can’t go back on it (women are odd).

But will I look fake?

Of course, there is also the (justified) fear of looking fake. Ineffective lotions and potions won’t do much damage aside from depleting your bank account. Too much filler in your cheeks and you might start to resemble a cartoon character. But that’s, really, only a risk if women aren’t going to experts, to medically-qualified professionals who completely and utterly pride themselves on subtle and natural results. If you’re getting your lips filled by Helen in the hairdressers who bought some stuff from eBay, then yeah, it’s going to be obvious. If you’re going to a medical pro, like those on Glowday, it’s not going to happen. Other people won’t even notice, and then it’s up to you if you ‘confess’ or not.

Who cares if you want to do something that makes you feel better about yourself? Book your consultation on Glowday today.

Moreover though, WHO CARES. If you are against it, why? Why does it bother you? You don’t have to have it, do you have to pass judgement on those who do? And if you’re not against it but you’re worried about what those moral Marys who are, sod them. Does it actually matter if you have ‘cheated’? Who really cares if you manage to die without ever having a chemical peel? WHO ACTUALLY CARES? Stop analysing it all, stop overthinking it, stop fretting about what other people think and stop putting it off - just do it.

If you’re just someone who simply doesn’t want aesthetic treatments and you’re confident, happy and content with how you look, well, that’s just dandy! Just don’t judge those who do. Cosmetic treatments are not compulsory and they’re certainly not for everyone, but they are right for lots of people. Oh, and good old William Shakespeare didn’t care about wrinkles as it goes.

To me, fair friend, you never can be old, For as you were when first your eye I eyed, Such seems your beauty still.

To Botox or Not To Botox, that is the question. Thou art nothing noble in not having it, so fill your vials gals!

If you're ready to take the plunge and have some tweakments to make you feel better, then why not use our handy search tool to find someone medically qualified near you.