The Problem With Botox

You know what Botox is. We all do. Yet you'll never see it advertised, why?

Find a consultation for the treatment of lines and wrinkles here on Glowday.

The (Strange) History of Botox

Botox is a brand name for Botulinum Toxin. Other common brand names include Azzulure, Bocouture, Xeomin and Dysport. Botox was the first brand of toxin to enter the market, it was the first one to be approved by the FDA, and in doing so, it has become the ubiquitous term for the treatment of lines and wrinkles. It's a bit like Hoover becoming a name of the machine that sucks up the dust from your carpets, whereas Hoover is actually just one brand of a vacuum cleaner. A Dyson isn't a Hoover, it's a vacuum cleaner. In the same way, Botox isn't the name of the treatment to remove your lines and wrinkles, Botox is just one brand of medicine used to treat lines and wrinkles. It be easier if the treatment was re-named to Wrinkle-Fading ( or something). Then, in context, it would make sense. Botox is used for Wrinkle Fading - so is Azzulure, Bocoture, Xeomin.... get it?! 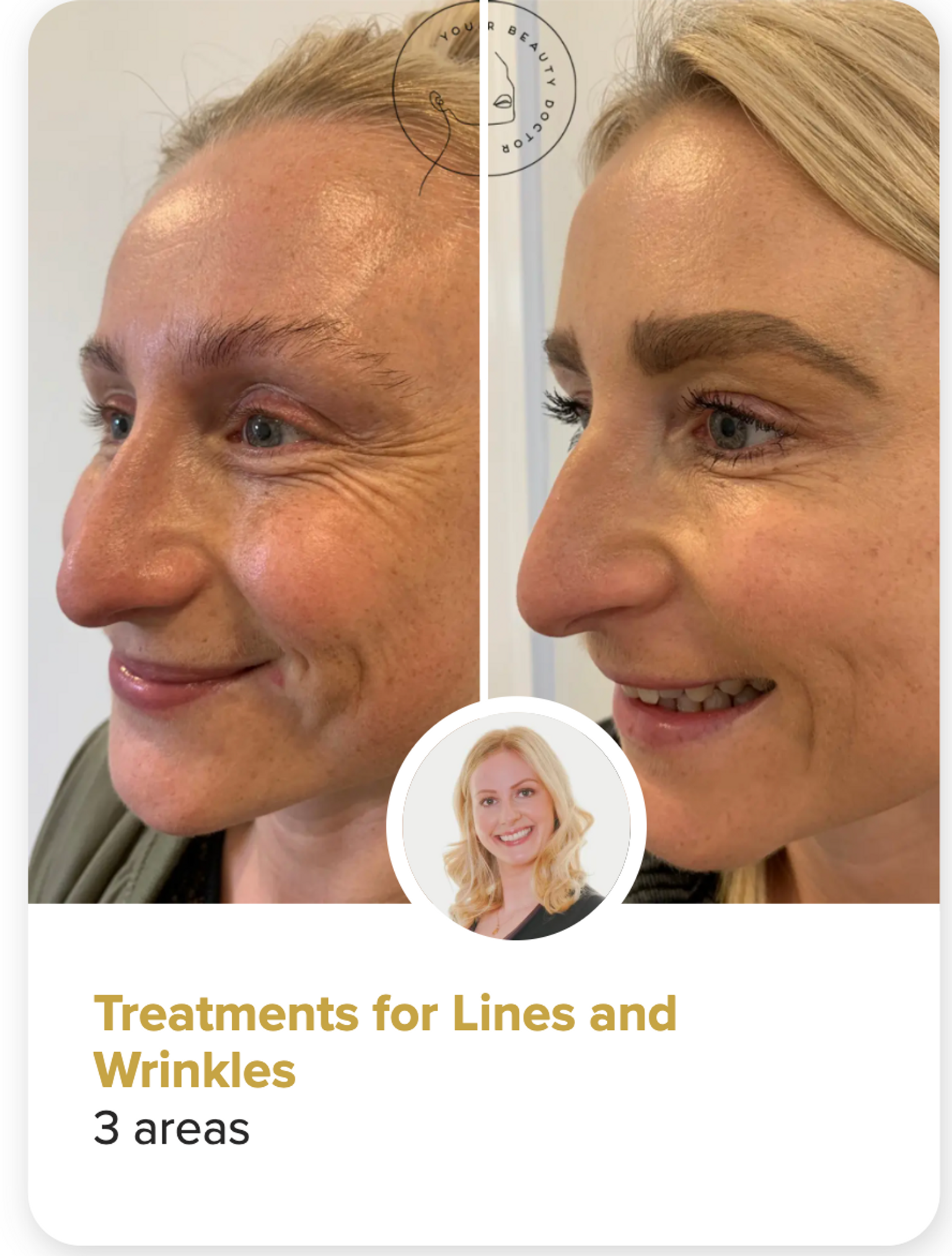 A before and after of 'Wrinkle Fading' we don't know if Botox was used or not! But we do know Jess at Your Beauty Doctor is very good at it!

A little bit of history

A fella called Edward first produced the toxin for use in scientific studies in the swinging 60s. In 1978 (which was the best year for births - ahem) an ophthalmologist called Alan began trials for the use of botulinum toxin to treat crossed eyes. Scott called the drug Oculinum and it was approved by the FDA in 1989. A couple of years later, a pharmaceutical company called Allergan bought Oculinum from Scott and renamed it Botox. At this point Botox was just a drug used in medicine, for the eyes - it wasn't used for wrinkles...

....This all happened by accident in 1987. An eye doctor called Jean was using Botox for an eye problem with a patient. The woman complained when Jean didn’t inject her forehead, because she said previously the injections made her lines disappear. Jean chatted to her husband Alastair, about this (he was a dermatologist) and they started experimenting. For many years then, Botox was being used for lines and wrinkles but it wasn't approved by the FDA, so was all a bit dodgy. But women LOVED it and demand outstripped supply. Botox was first approved by the FDA for cosmetic use in 2002 for treatment of glabellar lines (“eleven” lines between the brows). Though the same formula as its medical counterpart, it was marketed as Botox Cosmetic. The rest, as they say, is history and it's become so famous, the treatment is now called it and there is even an annual National Botox Cosmetic Day, where Allergan give away cheap Botox. Whatever next! By the way, it's on November 17th this year and is mostly a USA thing, we won't be offering cheap Botox, soz. 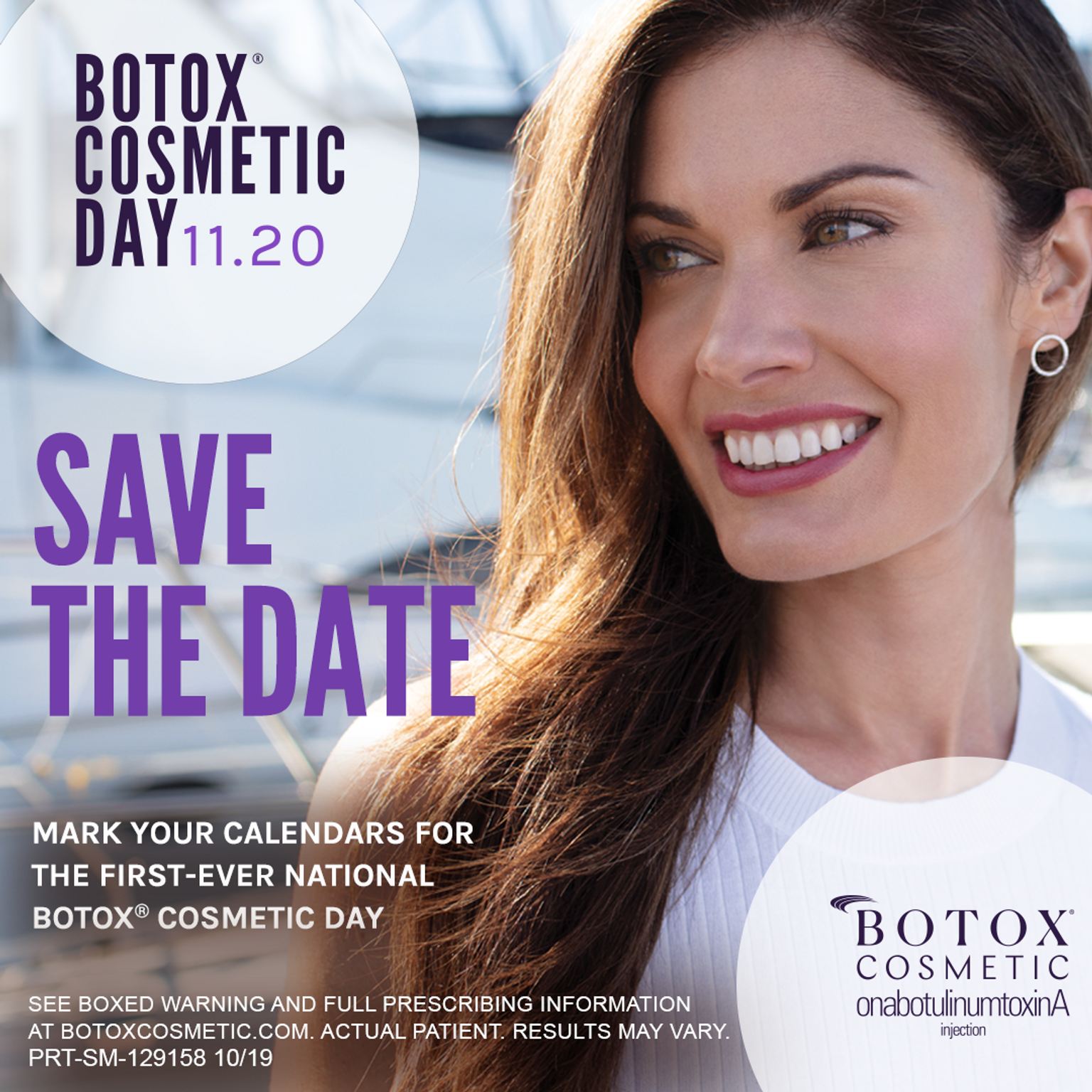 Who can give you Botox?

In the UK, botulinum toxin injections need to be prescribed in person. However, prescriber doesn’t necessarily mean injector. The medical professional who prescribes your toxin is supposed to be responsible for ensuring that it’s safely injected by a properly-trained professional. But in the UK, the injector doesn't actually need any special certifications or training. Anyone can inject it. Anyone. And unfortunately injectors are also able to get their hands on all the different types of toxins - and unapproved toxins - from shady suppliers and unscrupulous prescribers.

Where can you buy Botox?

This leads on to one of the other problems with Botox, that particularly thwarts the efforts of medically-qualified practitioners who are trying to maintain the safety of women. Because it's a prescription-only product, and because it's not actually the name of the treatment, Botox can not be advertised, so it's difficult to let women know where they can buy it safely.

If you're looking for someone to administer Botox - or the other brands -you might be confused about why you don't see it on their websites, or social media. What you will see is a generic term such as 'treatment for lines and wrinkles' or 'consultation for antiaging treatments'. However, you won't see Botox, even though that's what everyone calls it! Of course, practitioners might not even use the brand Botox for their 'Wrinkle Fading' but even if they don't, it's likely they'll still (in conversation) refer to the treatment as Botox as that's simply what everyone calls it. Confusing isn't it. It's a problem for the pros in the industry because they are very committed to abiding by the rules, so they won't tend to break them to let patients know they offer Botox. However, beauticians and lay people who offer Botox are either less aware that Botox shouldn't be advertised, or they are more willing to take the risk as they won't lose their professional accreditation in the same way a nurse, doctor or dentist would. Therefore they're far more likely to advertise they offer Botox on social media and their websites, attracting patients who are unaware of the risks and assume they're appropriately qualified and experienced and using good quality Botulinum Toxin - they are far more likely to offer it cut price too (because they're using unapproved products!). 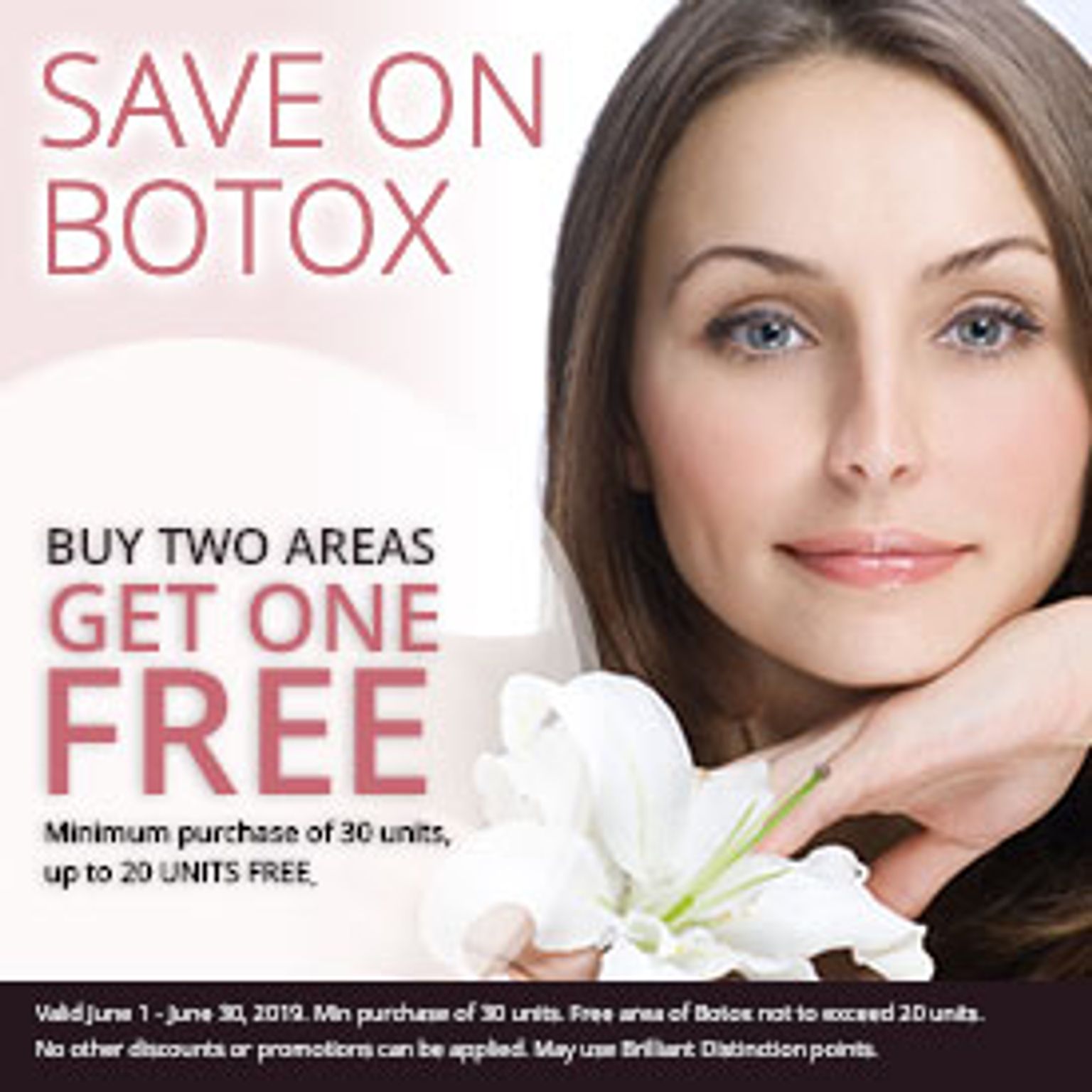 If you see an advert like this offering cheap Botox or a Botox special offer then be very very wary! It's not only illegal it's likely the person offering it is not properly trained and is using dodgy products! You have been warned!

Why are you telling me all this?

The bottom line is if you are attracted to someone who is blatantly advertising 'Botox', be cautious. It's probably not Botox for a start! You won't find many medically-qualified aesthetics practitioners who advertise Botox with a price next to it. You will likely see them offering treatments for lines and wrinkles and it will usually be proceeded with 'consultation', because Wrinkle Fading (is that catching on yet?) shouldn't happen without a consultation first. If the injector is not a prescriber, Wrinkle Fading (come on!) absolutely should not be happening without a face-to-face consultation with a prescriber first. If you're told you can turn up for your 'Botox and you aren't given a consultation where the procedure, all of the risks and the after-care are discussed, we urge you to proceed with extreme caution. Signing a form isn't enough. Consent should be informed. 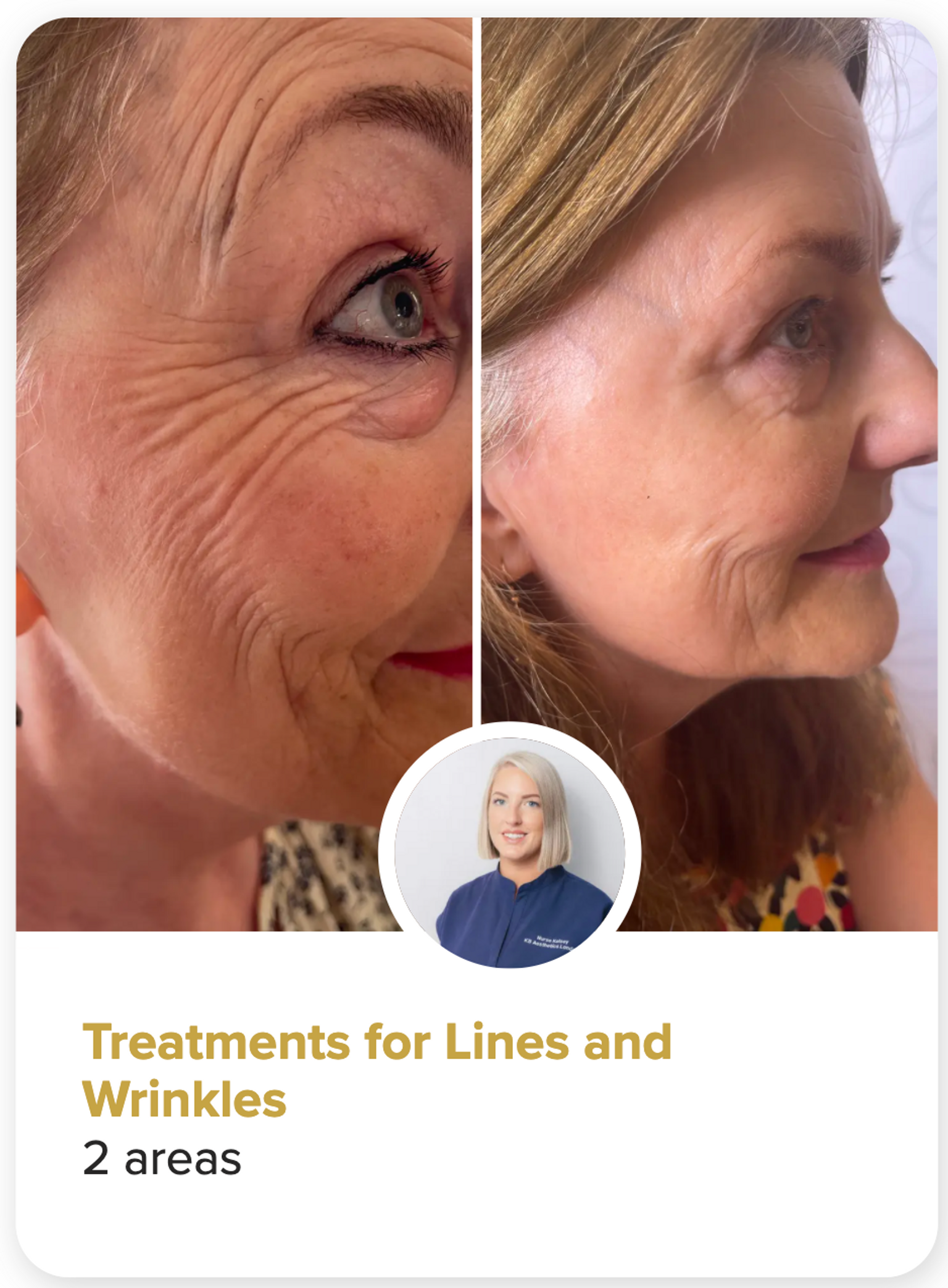 Another example of awesome Wrinkle Fading from the equally awesome Kelsey Bailey at KB Aesthetics.

How can I keep safe?

We recommend you use Glowday to find a medically-qualified practitioner offering treatments for lines and wrinkles. Book in for a consultation here and you will be kept in safe hands. We ensure that all of the clinicians on Glowday are either a nurse, doctor, dentist or pharmacist and we check all of their credentials, qualifications, insurance and training. Your face is too important to mess up, so don't risk it!

The (Strange) History of Botox