It's staggering that a NEW law is being passed later this month to make it illegal for cosmetic clinics to administer Botox or fillers to anyone under the age of 18. How it isn't already illegal beggars belief, but according to the Department of Health and Social Care, 41,000 kids got Botox or fillers last year. Let that sink in a moment.

What Is 'Medical Aesthetics'?

We all know that teenagers are influenced more than ever by Instagram filters and reality TV wannabes, barely out of school, rocking up to Casa Amor with their fox eyes and sausage lips. The fact that people are willingly and routinely treating anyone under the age of 18 is astonishing yet, sadly, unsurprising. 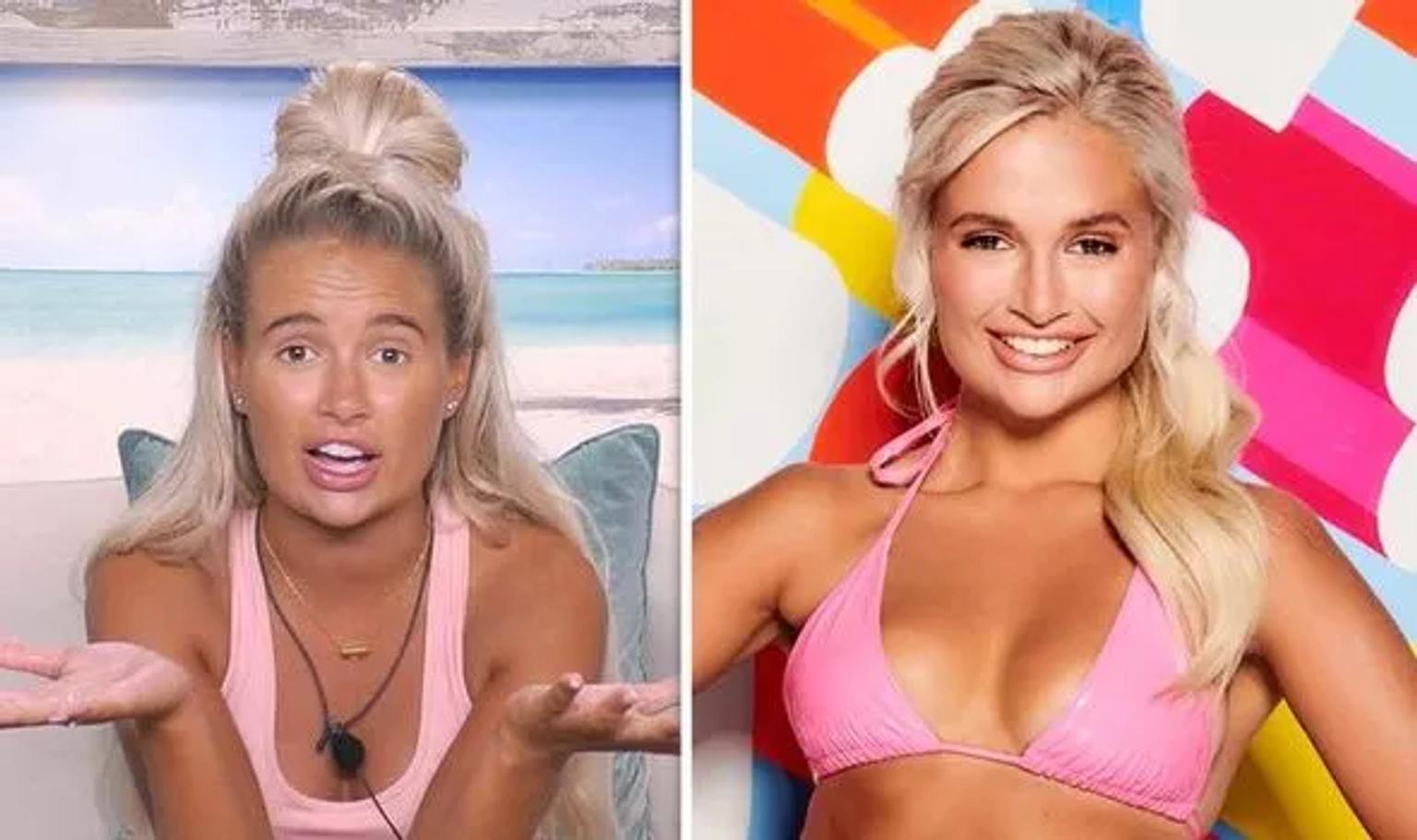 Molly Mae Hague was just 17 when she first had lip fillers. When she entered Love Island at the age of 22 she'd numerous non-surgical aesthetic treatments.

Yes this new law is a step in the right direction but it's the tip of the iceberg. The whole industry is a total disaster and the Government is to blame. While this new law is welcome, it's akin to fixing a dripping tap in a burning building: the UK is on the precipice of a botched Botox epidemic.

Teenagers simply would not have ever been able to have Botox or fillers if the UK followed suit with the rest of the world and made it illegal for anyone who isn't a medical professional to administer non-surgical aesthetic treatments. The reason why kids have been able to get their hands on lip fillers and Botox is because they're going to beauticians and lay practitioners who don't care how old their customers are.

Unregulated aesthetics is big business. Not only are women earning a living from providing them, rogue suppliers are making a mint from dodgy products and training schools are earning huge profits from offering inadequate, unsafe and entirely unregulated courses in cosmetic treatments. A lot of money is swirling around which why the Government won't act, we talk about here and here .

Earlier this year I spoke to Julie, who, in a bid to have a treatment that would cost less, volunteered to be a 'model' for one of these training schools.

The aesthetics training school in question, based in Manchester, regularly advertises its services on Facebook. First impressions would have you believe it’s well established, professional and run by highly experienced experts. Their alluring brand is slick and the photography suggests it’s a luxurious beauty salon offering high-end treatments, with feminine pink shots of its interior. "Models always needed" it advertises excitedly, and you can see why it’s a tempting offer.

Julie put herself forward for some antiwrinkle treatment, paying only around £100 for 3 areas. When she arrived at the location it was not a beauty salon, and looked nothing like an aesthetics training school, but a terraced house, where they were using a couple of bedrooms for the treatments. Although she’d gone there for what she thought was 'Botox', she was offered to try out another treatment they were training for called ‘Aqualyx’ - a fat-dissolving treatment, which she could have in her face.

This all happened last summer when lockdown restrictions had been eased a little, but social distancing was still in place. Julie told Glowday she did not have to complete any forms or sign one piece of paper. There was no consent for treatment , no Covid screening and absolutely no medical history was taken.

Julie says: “There were swarms of people queuing on the stairwell for their injections, and downstairs in one of the rooms there was one bed with loads of people around it- either there to be trained or to have the treatment. There were about 10 people all being trained. Everyone was so close together, it’s only in retrospect I can see how bad this was.”

Unfortunately, that’s not the end of the story and things only got worse from there.

Julie explains: “I was asked to lay on the bed where the trainer then pointed to various places my face and told the trainer to ‘stick it there, there and there’ ..and then she walked off. The girl then proceeded, to what I can only describe as, stab me in my neck and lower face. At one point it felt like the needle was in my throat. It was awful. I would class it as an assault."

Immediately Julie felt her face swell. She was reassured by the trainer this was normal and told to go and have a coffee in the garage down the road while she waited her turn for the Botox. When Julie asked for a cold compress, she was handed a pile of wet toilet paper.

Julie eventually had to consult with a medically-qualified practitioner for advice on how to address the disfiguration she was left with. 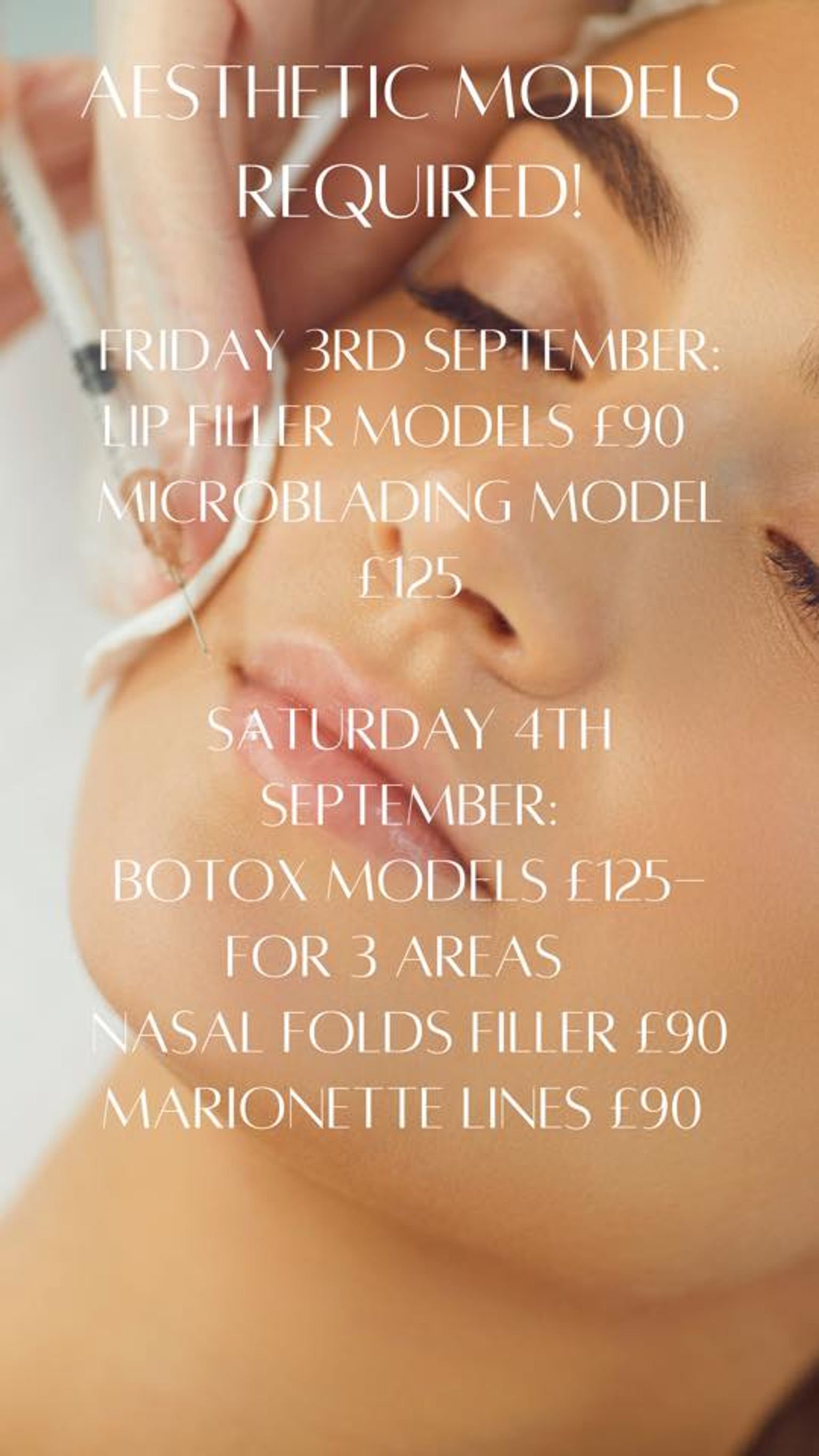 Adverts for models are rife on Facebook and you can never be sure where you're going to is safe, insured or even remotely qualified.

So, it's now fine for 19 year olds to risk their face?

The law will now prevent anyone under 18 from having their faces ruined by unqualified and inexperienced injectors - which of course is right and good - but what about everyone else?

How about the 20 year old single Mum in Bradford who feels crap about herself, so her mate from the nail salon gives her a bit of lip filler she got from eBay and she ends up with a black, rotting nose? What about the 30 year old office worker in Manchester who doesn't feel confident enough to go for the promotion because she hates her frown lines, so she gets some cheap (fake) Botox while at the hairdressers, and ends up with a droopy eye? What about the 45 year old woman in Essex who has body dysmorphia but the beautician isn't concerned or even able to spot this, so she keeps giving her cheek fillers and PDO threads until the woman is unrecognisable?

This is happening. Every day. Because the Government is refusing to make it illegal for non-medics to offer cosmetic treatments.

Being a doctor doesn't make you great at filling a lip!

The argument you'll see from beauticians and lay people, who make a living from Botox and fillers, is that they're just as good at doing aesthetic treatments as a doctor, nurse or dentist - in fact they believe they are better. This may be true, if we're talking purely from an artistic perspective. There will be some beauticians who are extremely experienced, have completed high-level training, who run their clinic to the highest standards and are actually really very good at what they do. They are entirely professional and competent.

But it's the exception, not the norm. And this isn't the problem with non-medics carrying out treatments. The problem runs far deeper and to simplify it to 'who does better lips though?' completely and utterly misses the point. 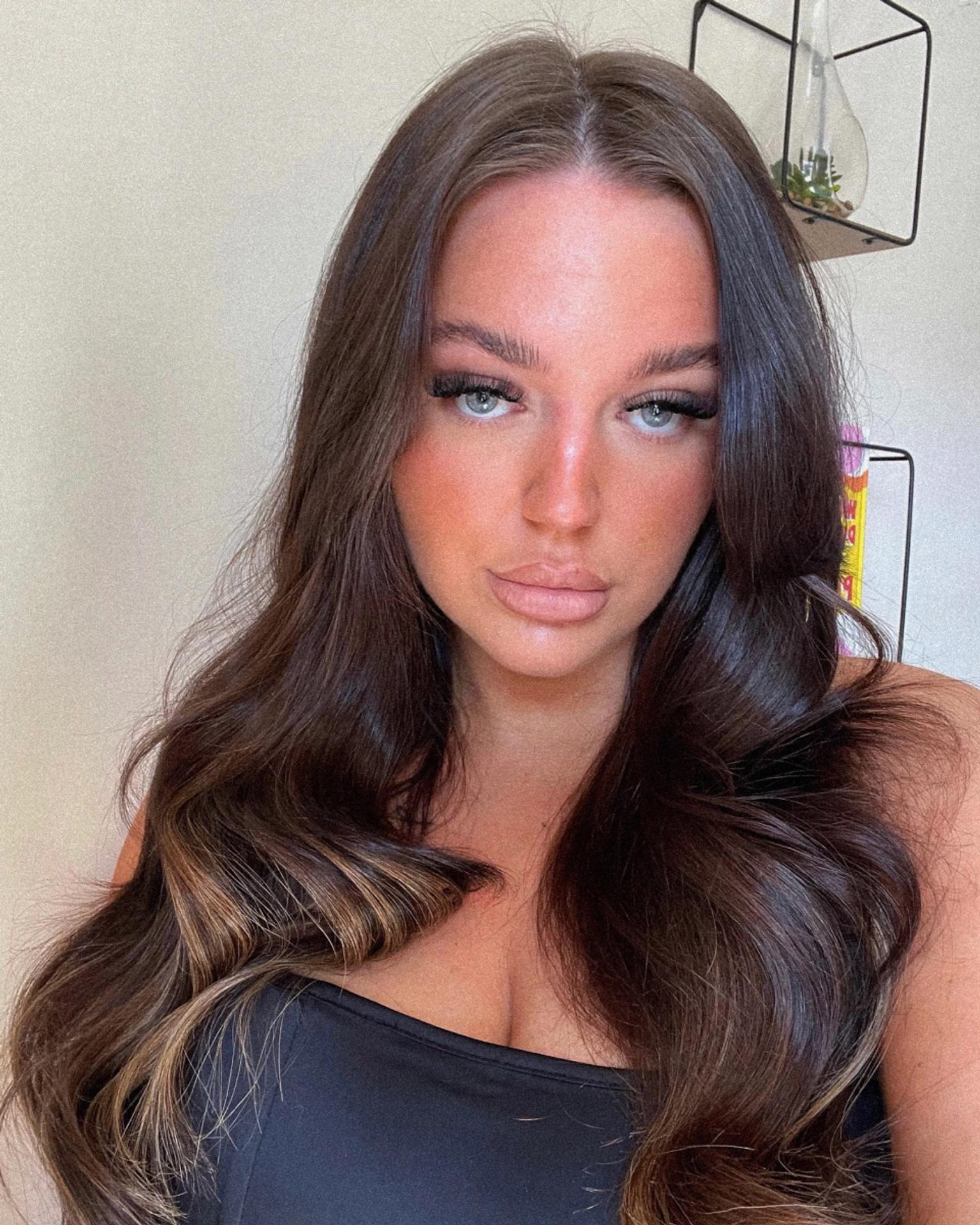 Catrina Banks, from Edinburgh, was just 16 when she had her lips and cheeks plumped. Image from The Sun.

So what is the point?

Safety. It boils down to safety.

This issue is not about who is best at creating the prettiest nose or highest cheeks, it's about who is the most safe, who is less likely to inject into a blood vessel, who can deal with a complication and who can say no to a patient who is 19 and is already on her third set of new lips.

Don't risk your face, find someone you can trust on Glowday, right here.

What needs to be done?

The only way this issue will be solved is to ban non-medics from offering cosmetic treatments. We don't believe it will happen and the Government will feel satisfied that this ban on under 18s having Botox and fillers ticks the responsibility box. Sadly, as aesthetics treatments become more normalised (which is great in so many ways!) more people will see it as a business opportunity whether that's a training school, supplier of dodgy products or a beautician branching out into lip fillers and Botox.

Glowday is committed to only ever allowing medically-qualified practitioners to list on Glowday, and we aim to be the number one resource for anyone seeking aesthetics treatments. In the meantime, more women will suffer and young adults will simply wait until their 18th birthday before buying their new lips on Facebook.

What Is 'Medical Aesthetics'?