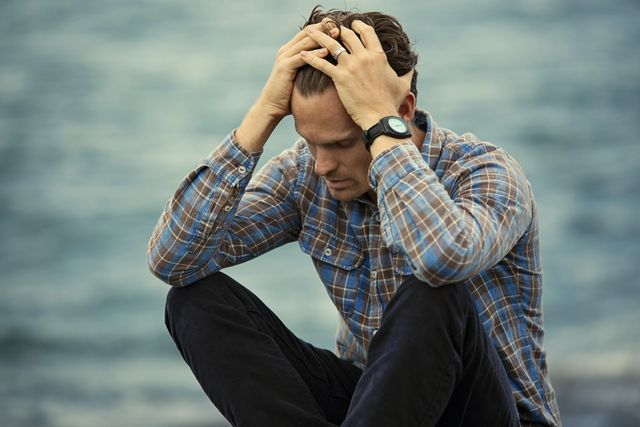 Botox has been in the news a lot over the last couple of decades - mostly for its incredible cosmetic use, which we're all pretty familiar with in one way or another. But did you know that Botox is also being tested for treating depression and anxiety? Let's find out how the anti-wrinkle treatment is helping reduce symptoms of mental illness.

One in six people are estimated to suffer with a mental illness such as depression or anxiety in the UK, and, according to the World Health Organisation, there are 264 million depression sufferers worldwide. No one is immune - we could all experience it at some point. It has nothing to do with not being a 'strong' person. So, what causes depression? This is a difficult question to answer, as it can vary from person to person. For some, it’s down to physical health problems, for some it stems from issues relating back to childhood. And for others, it’s genetics, drug or alcohol misuse, or life events.

Over the years, various treatments have been used. Before it was understood quite as well, electroconvulsive therapy was the treatment of choice for depression - often without anaesthetic. Nowadays, however, antidepressant pills are used, sometimes combined with various types of therapy, including cognitive behavioural therapy (CBT). But now, there’s research to show that Botox - yep, that anti-wrinkle tweakment we’ve all heard of - might just also be an effective treatment for depression.

Why Botox for depression?

Over the past decade, there have been several studies around the use of Botox for depression. In 2014, Dr Eric Finzi - a US dermatologic surgeon and researcher, who had been interested in the effects of Botox on depression for a long time - conducted a trial. The main focus of the study was treating the glabella area (often referred to as frown lines or 11s). These are dynamic lines that appear due to excessive frowning and squinting. According to Finzi, when we feel sadness, anger or fear, we activate these muscles, and this causes lines to occur. He believes that the more we frown, the sadder, angrier or more frustrated we feel.

So, for Dr. Finzi, the idea was to relax the muscle with the neurotoxin to see whether this boosted mood and reduced symptoms of depression. He found that in a study of 74 people, 50-60% benefited from Botox injections, seeing significant improvement in mood. A pretty great result!

A further study in Texas, by medical husband and wife team Dr Jason Reichenberg and Dr Michelle Magid, tested the use of Botox injections on 30 patients suffering with severe depression, for a total of 24 weeks. They found that, overall, patients showed a 42% reduction in depression.

However, while previous studies solely focused on injecting frown lines, a new ongoing US study has become an important trial for testing the effectiveness of Botox for depression. The study, which has been published in the Scientific Reports journal, looked at patients suffering with depression who were also being treated with Botox for another medical condition. These medical conditions included migraine, excessive sweating, involuntary blinking, urinary bladder disorder, and limb and neck spasms. Researchers found that, after being treated with Botox, patients reported symptoms of depression up to 88% less often compared to people undergoing different treatments for the same issues. Now that is impressive!

Is it just about looking better?

Does the fact that we feel better just come down to the fact that we look better? Experts say no. In previous studies, where Botox was solely injected into the frown lines, you might be forgiven for thinking that it’s just a vanity issue, and that looking good made participants feel good. But with this study, Botox was used to treat different parts of the body, so, in many cases, looks didn’t come into it at all.

There are several reasons why Botox might be an effective treatment for depression. It could be down to social reasons - e.g. are we sad because we frown? Or biological reasons - e.g. if the muscles are weakened, does the brain feel you frown? Another belief is that the neurotoxin makes its way to central nervous system structures responsible for our mood. There are so many hypotheses at the moment, but whatever the reason, the amazing thing is that it actually seems to be working for so many people.

Is Botox a cure for depression?

It's important to note that Botox is not FDA-approved for treating depression, so there is, evidently, still a way to go before we can say that it is truly an effective treatment. Having said that, the studies mentioned above do indicate that the substance has had positive effects on a number of people suffering with depression. Let's hope that more research will lead to the toxin being approved once and for all for the mental illness. Watch this space!

Not just for foreheads - Botox is used in a whole range of medical treatments.

The (strange) history of Botox

Botox has been around for longer than you probably imagine…Let's discover the history of the anti-wrinkle injection.

Find out why 50-year-old Tracey decided to get Botox and is never turning back.