Find someone who is brilliant at lip fillers near you right now! Just click here.

Whatever side of the fence you're on, you'll probably have a view on the typical Love Island contestant and know they're no strangers to a bit of wrinkle relaxing and lip filler. Indeed, the number one fear of many women who would like injectables, is that they might end up looking like a Love Island contender, where big sausage lips, frozen terrified foreheads, foxy feline eyes and impossibly taught shiny skin are de 'rigour. The news, then, that Faye Winter is having her lip filler dissolved may surprise a few people.

Has Faye Winter changed her mind on lip fillers?

The tabloids are awash with the 'news' that Faye is going to get her lip fillers dissolved. What a time to be alive! Often portrayed as a young woman who has 'gone too far' with non-surgical aesthetics and setting a bad example to other young women, there will be cheers from the moral grandstands. But don't get too excited, Karen...

Why is Fay dissolving her lip filler?

Faye announced the news in a video posted on Instagram. She said: "So today is a very exciting day. I don't know if it's exciting or terrifying, but I'm going to get my lips dissolved and have natural lips. As you're aware one side is bigger than the other and that happened due to a lovely challenge in the villa. I've got the lump up underneath from it now which I’ve never had it before. It's not anyone's fault or any practitioner's fault prior, it is purely because of the challenge and you can see that there it's bigger as well." Hmmmm. A challenge back in August made her lips look like that? Okay. 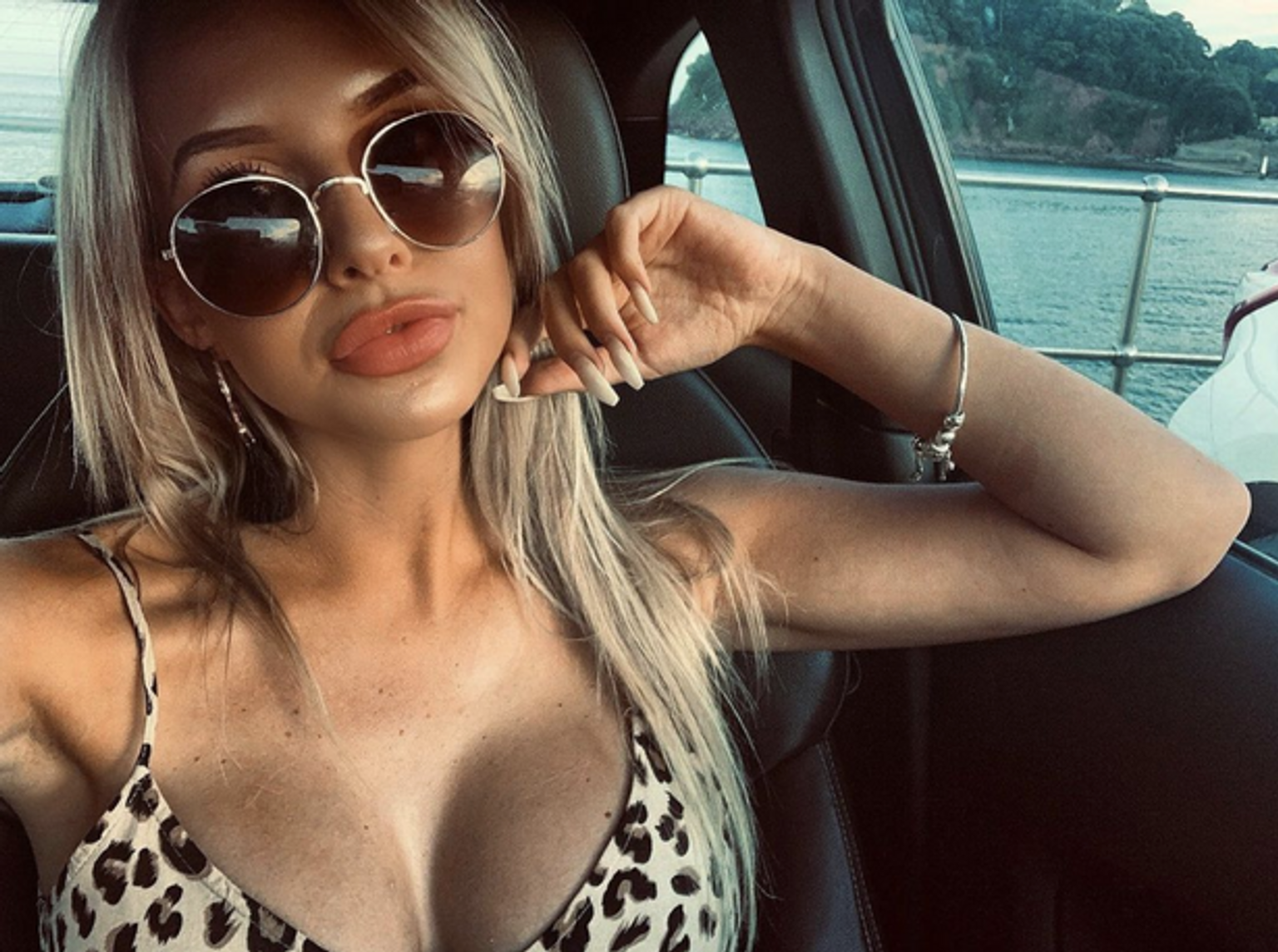 Yes. For a week. Faye continued: “So I’m going to go get them all dissolved. And have my natural lips, which I’ve not seen for years and then have them refilled next week.” If anyone sees Faye can they tell her she should wait two weeks really and send her the link to this guide. Thanks.

We hope she's seeing a medically-qualified practitioner this time who is more of a fan of the 'natural look' but let's not forget some people like the fake lip look, the bigger the better, and she may choose to go big or go home, again. Faye wouldn't have much luck finding someone on Glowday, however, as our practitioners tend to believe less is more and advocate the subtle, natural lip filler outcome, which is in proportion with the rest of your face. But that's cool, we're all different. You do you Faye!

I didn't know I could dissolve lip filler?

For sure you can! It can also be dissolved using an enzyme called hyaluronidase or Hyalase (the brand name) . This is a prescription-only medicine that can be injected into the area filler has been placed, dissolving any filler in that area. This means that if you have had filler treatments and are not happy with the outcome, because you aren't keen on how they look, or have lumps or bumps, the treatment can be reversed! Clever eh?!

Do lots of people do this?

Yes, there is definitely a move towards more natural lips which is driving women to dissolve their old lips and replace with more subtle new ones. The lip-switch phenomenon is one Glowday practitioner Dr Steve Land, at Novellus Aesthetics in Newcastle, is experiencing; “We’ve noticed a huge trend for what we are terming ‘filler reset’", comments Dr Land. "We’ve seen an 800% increase in people coming to us to dissolve old, overdone, poorly placed filler and then returning to have it redone better, more naturally and less ‘obvious.'"

Dr Lauren Hamilton, a cosmetic doctor and founder of Victor&Garth, agrees and believes lockdown made a big impact on self-image: “I’ve seen a few more people for Hyalase appointments to dissolve filler that’s been previously administered elsewhere. After lockdown, clients have realised that they don’t actually like the way that the filler was sitting and want something less plump. Many people have used the time at home to realise that they don’t want over filled lips and appreciate what they already have." 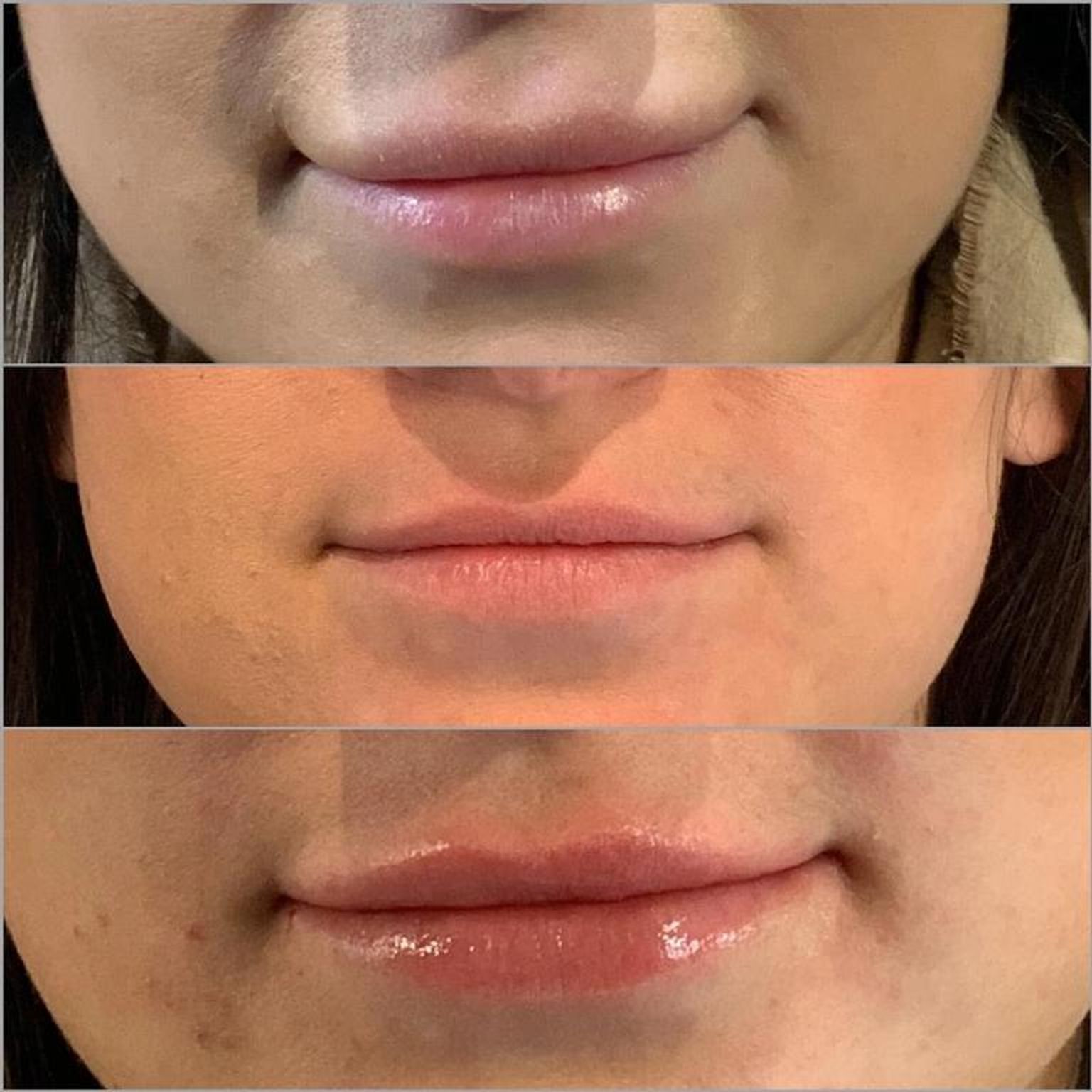 A 'lip switch' where old filler is dissolved and replaced with a more natural, balanced amount. By Dr Steve Land at Novellus Aesthetics, in Newcastle.

Where can I get my lip filler dissolved?

FIND THE BEST LIP FILLER PRACTITIONERS IN THE UK ON GLOWDAY.