There's a new bizarre beauty meme trend taking over Twitter that you need to know about. Yassifaction. And while it's greatly amusing us to see the Friends gang Yassified, the latest craze might actually be exposing an important truth... 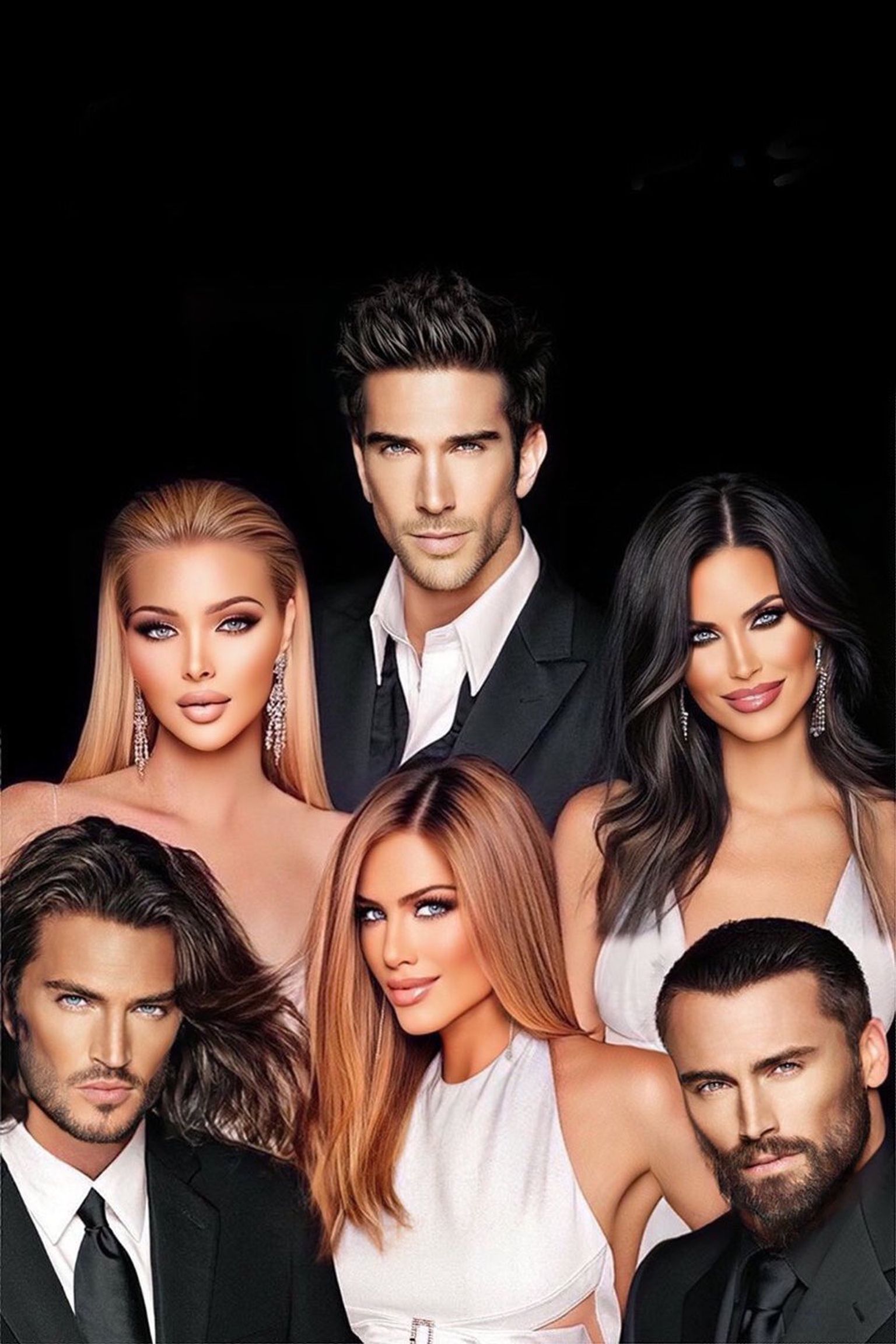 The Friends cast got Yassified!

To “yassify” something is to apply a load of filters to a photograph, using FaceApp (a picture editing tool) until the person becomes almost unrecognizably made up. It's being made famous by a 22-year-old college student in the USA whose @YassifyBot account is gaining in popularity, in what is intended (we think) to be a joke about people's obsession with the 'instagram' face. We're not even sure if it's that new - we've been using random apps to see what we look like as the opposite sex or 20 years younger/older - for years now. But it is our duty to report on zeitgeisty things, that are making the media and being talked about on Twitter, so you know what your kids are going on about! 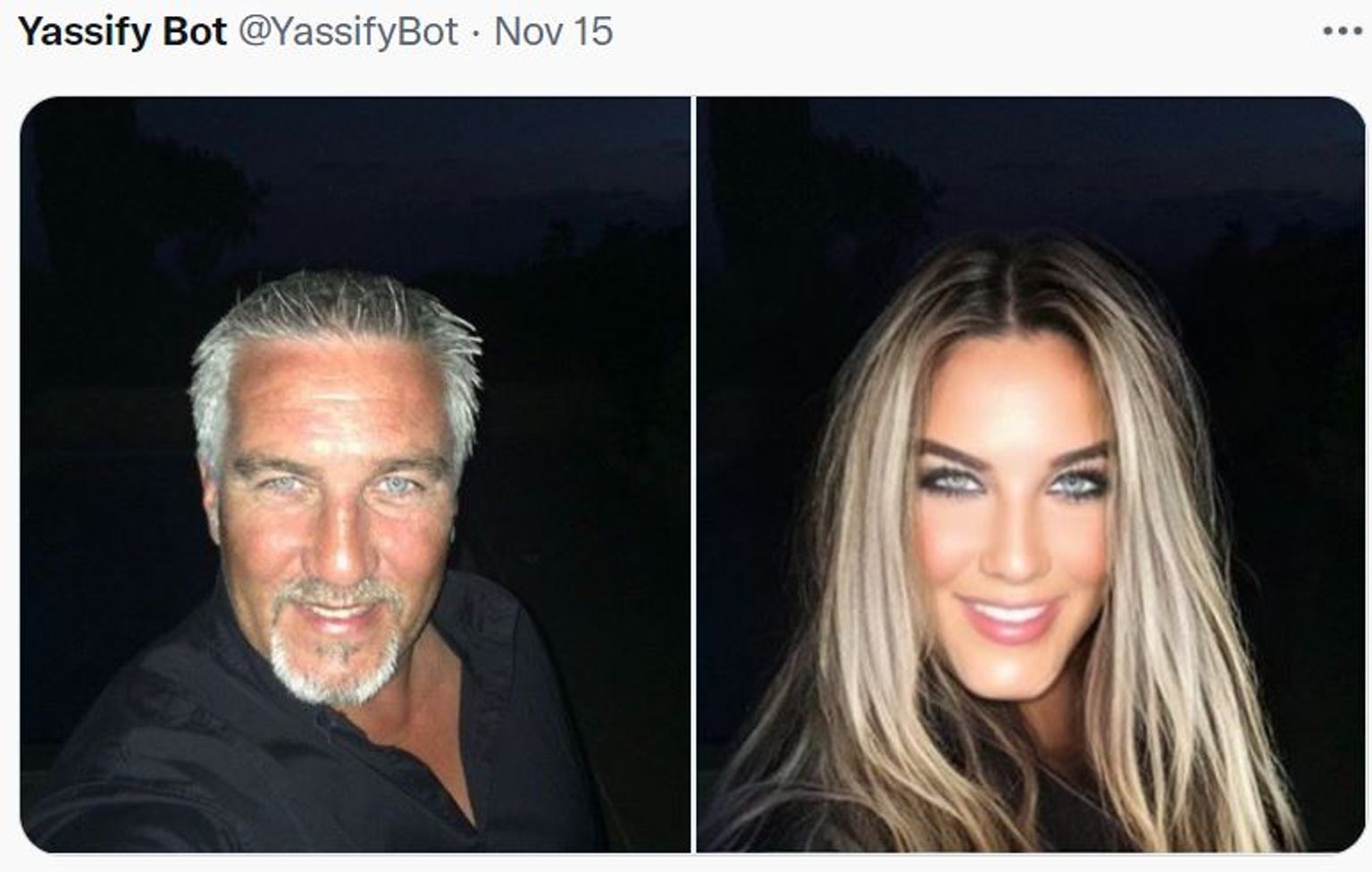 Even Paul Hollywood got Yassed. Doesn't he look pretty.

According to 'Know Your Memes' 'Yassification is an internet slang term that refers to the process of something becoming more LGBTQ+ adjacent. Although the term "yass" has been prevalent in LGBTQ+ meme circles for some time, "yassification" wasn't used until August 2020 on Twitter. The term spread to other platforms like Tumblr and TikTok going into 2021 and also inspired variant concepts like "to yassify" and yass pills.' 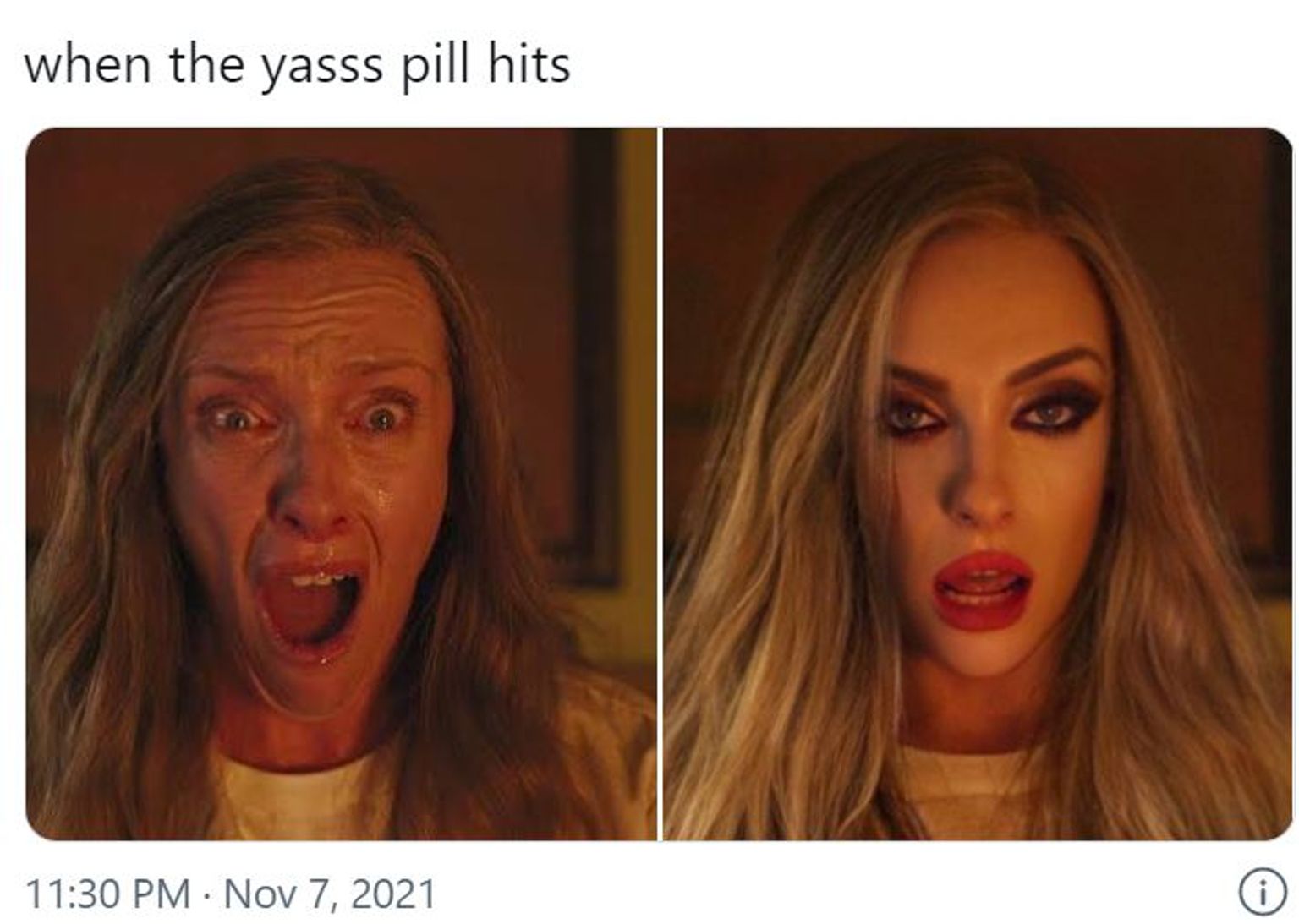 Toxin Is No Longer Bad

Interestingly, the Yassifaction buzz is sitting alongside all kinds of deep thoughts and musings from scholars and journalists around non-surgical aesthetics. Writing for the New York Times, Amanda Hess said: "There was a moment when this trend [for Botox] was seen as a bad thing — for acting, for society, and especially, for women. Then came the Kardashians, the “Real Housewives,” a fire hose of memes and an army of spunky aestheticians waving hypodermic needles on TikTok. A frozen face used to strike viewers as an uncanny spectacle, but uncanny spectacles fuel reality television and internet culture, and thanks to those ascendant forms, wrinkle relaxing treatments have accumulated a gloss of campy pageantry, helping disarm cultural fears around its use. Injectables once suggested vanity, delusion and self-consciousness, but now it has fresh associations: with confidence, resilience, even authenticity, as the idea of “having work done” has come to be seen as a legitimate form of work."

The issue I have with most articles written by people who have never had Botox, is that it's seen as this or that. You either look like you have wrinkle relaxing treatments, or you don't. You can either tell someone has wrinkle relaxing treatments, or you can't. But this isn't true and we know that for most ordinary women, who have toxin treatments, nobody would ever even know! That's why we love the practitioners on Glowday who specialise in natural and subtle results and live by the adage that 'good work is invisible'.

Oh you know, the one that exists thanks to filters and face-changing apps that has driven a boom in wrinkle relaxing treatments and fillers! The New Yorker magazine eloquently nailed the definition as 'a cat look and long eyelashes; a small, clean nose and full, lush lips. It is a distinctly white face, but ambiguously ethnic. It suggests what we would be like in the future if we were all direct descendants of Kim Kardashian West, Bella Hadid, Emily Ratajkowski and Kendall Jenner (who is exactly like Emily Ratajkowski)'

It's therefore most amusing then that when @yassbot Yassified Kim K, they didn't. 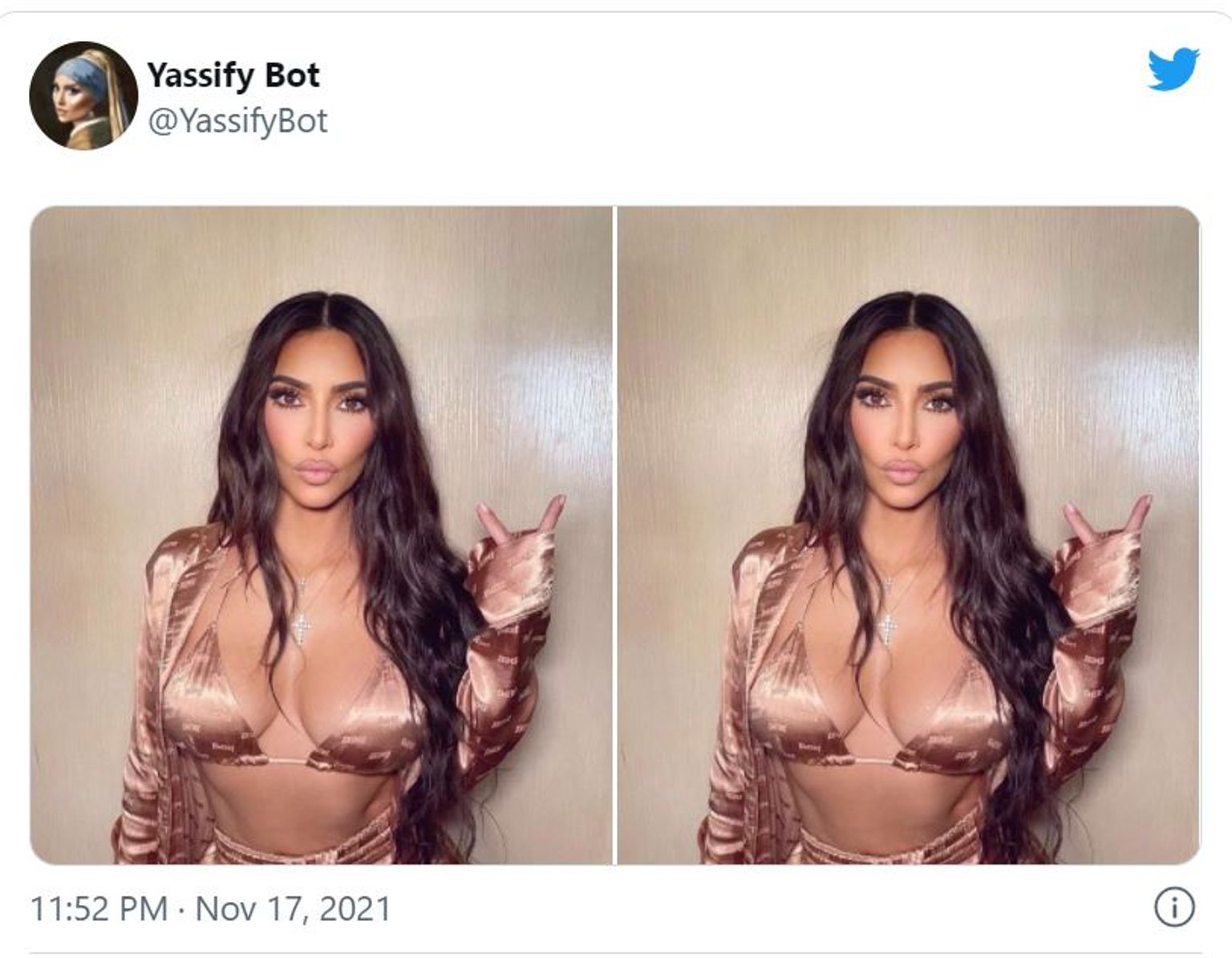 We all know that instagram filters have a lot to answer for. It's undeniable they've radically altered and shifted the way we think about beauty and aesthetics - they give a sense of 'what could be' and for many women, the predisposed 'template' generated by a filter is the elixir of attractiveness and beauty.

Yassification takes that one step further by oversaturating images with FaceApp filters to exaggerate the “beauty” features to the extent of becoming unrecognizable. Ridiculous contouring, bouncy hair, huge lashes, bright eyes... and people are loving it and the memes are being shared everywhere. Why? We're not quite sure, but we guess it's just because it's so ridiculous and famous celebrities, which are taken to the extreme. But it makes a decent point about just how much photos can be changed and altered online and, yes, how trivial some aesthetics trends are. 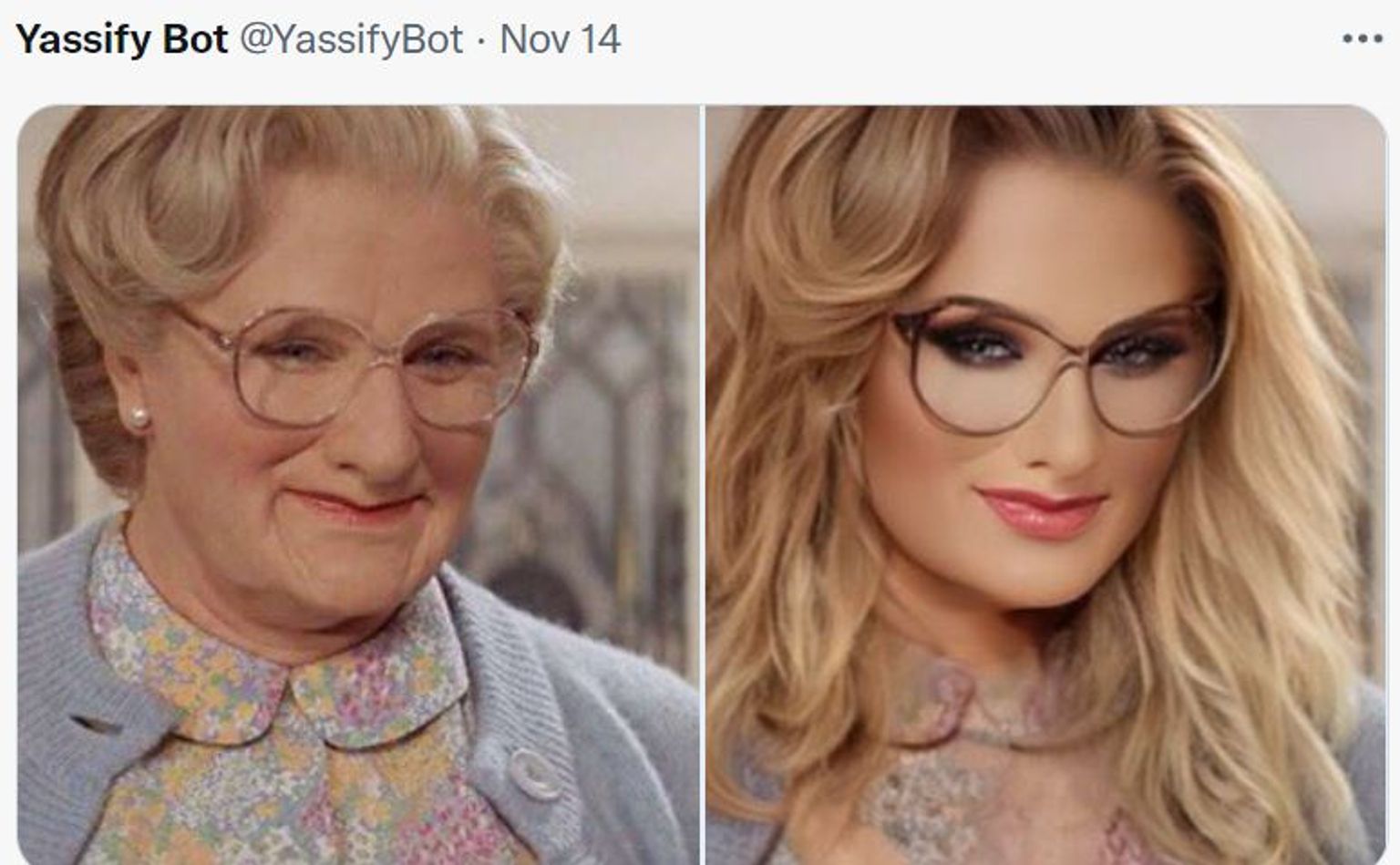 Find someone who will just make you look like the best version of you and definitely won't yassify you, click here