Profhilo is a relatively new, non-invasive treatment in the world of aesthetics, but in the short time it’s been around, it’s managed to cause quite a stir - promising to give younger-looking, glowing skin. So, what is this magic hyaluronic acid treatment? What does it do for your face? And is Profhilo worth it? Let’s get the glowdown.

Profhilo is an injectable treatment that can be used on the face or neck to improve skin quality and make us look rejuvenated and more youthful. The treatment uses hyaluronic acid (we all love this stuff, right?), which naturally boosts collagen within the body, giving great texture and brightness to dull, dry or ageing skin, and reducing crepey, sagging areas.

You might be thinking, “Profhilo or fillers?”, which is a very good question. But while the two treatments are similar in the sense that both involve injecting hyaluronic acid into the target area, Profhilo doesn’t give the volume that fillers provide, and it doesn’t change the structure of your face. It is simply about rehydrating the skin and making it appear more radiant.

What does Profhilo do for your face? 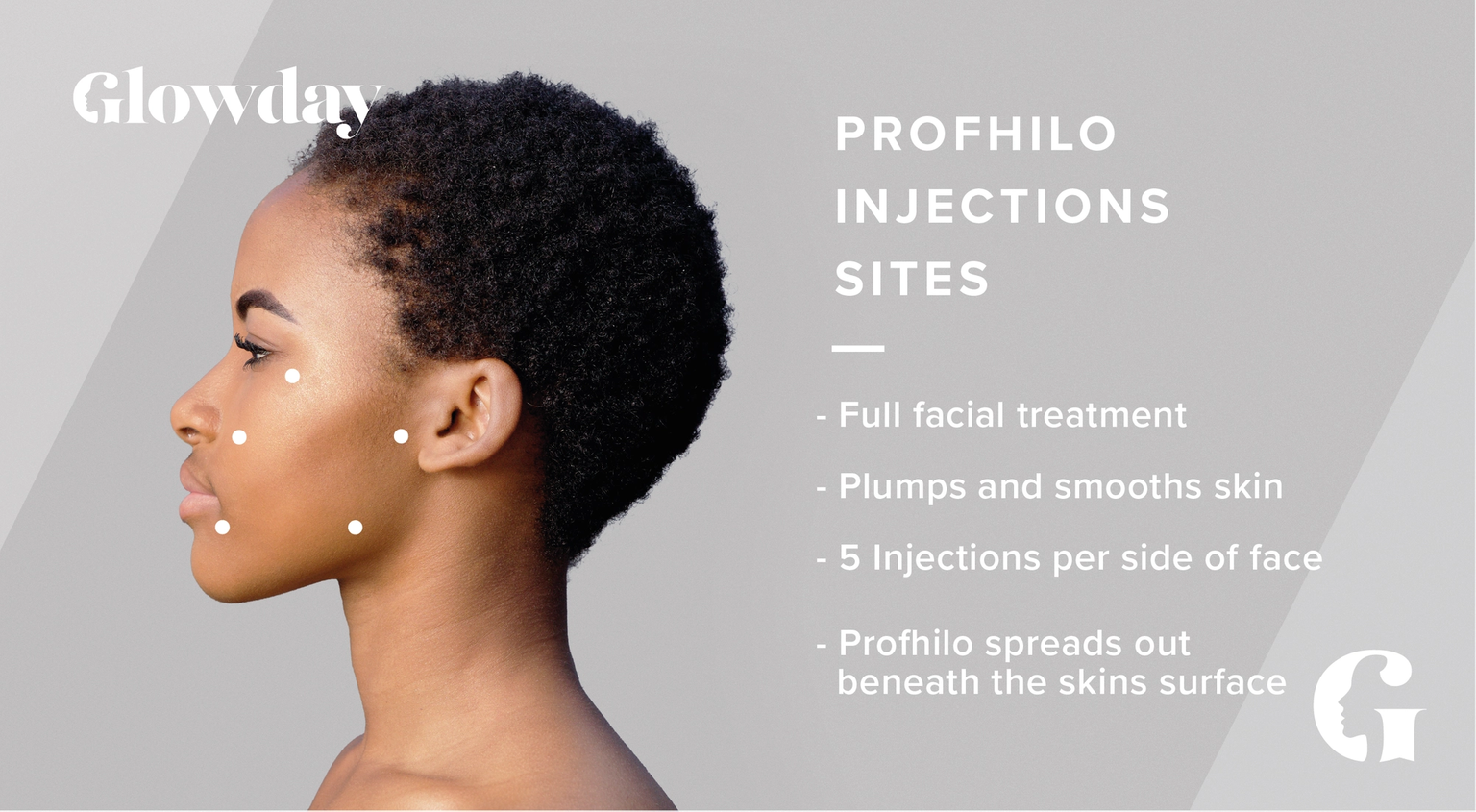 Profhilo works by delving down below the surface of the skin, where it spreads and takes hold of the moisture from within. The substance then actually conditions the skin from the inside out - incredible! Profhilo also boosts collagen and elastin production, which leads to a softer skin and more even skin tone.

Most practitioners recommend having a second round of Profhilo a month after the first. You should then start to see the full results after about 2 months. To prolong your Profhilo results, the treatment can be performed every 6 months.

What are the Profhilo side effects?

There’s no downtime after Profhilo, which is great, but you will likely have some redness and lumpiness in the treated areas. This will usually subside within a 24 hour period. You’ll probably want to take a scarf or high neck jumper if you’re having the treatment on your neck, as the area will stand out a bit. But don’t use makeup for the rest of the day as this can cause irritation.

The skin is the body’s largest organ. Sounds strange when you put it like that, doesn’t it? But it’s constantly (well, bits of it anyway) on display, so it’s noticeable when it starts to change. Most of us would like to reduce the signs of ageing, and Profhilo can help us to do that, gracefully.

Ready to get your glow on? You can now research and book a Profhilo treatment using Glowday's search tool. We list hundreds of medically qualified practitioners offering the treatment, and we host a range of their Profhilo before and after images and reviews.

Profhilo is a registered trademark