Have you seen the latest photos of Judy Murray, following her non-surgical facelift? She looks amazing! It’s rare for people in the public eye to share their rejuvenation stories, so it’s actually a breath of fresh air to hear her talk to openly about the incredible results she’s seen as a result of her tweakment. So, what exactly did she get done? Why did she do it? And what are the main benefits of the treatment she had? Read on for more.

In a recent interview with the Daily Mail, Judy explained that she had spent years in the sun, playing sports, coaching and supporting her two tennis star sons - Andy and Jamie Murray - who, according to the interview, had been calling her ‘turkey neck’ for years (RUDE!). As you might already be aware, too much sun exposure can play havoc with our skin, giving us sun damage that we struggle to reverse later on. In fact, not only does it leave noticeable markings, but it also prematurely ages us, reducing skin quality and increasing the number of wrinkles we get. As if we need anything else adding to our skin problems!

Obviously, using a good SPF every day - not just when we’re going out in direct sunlight, but even just for sitting at home (laptops and other screens all emit UV rays) - really helps postpone signs of ageing. And, fortunately, if you’re already spying these signs, there are a number of treatments that work to slow them down - and even turn back the clock, as far as our skin is concerned. 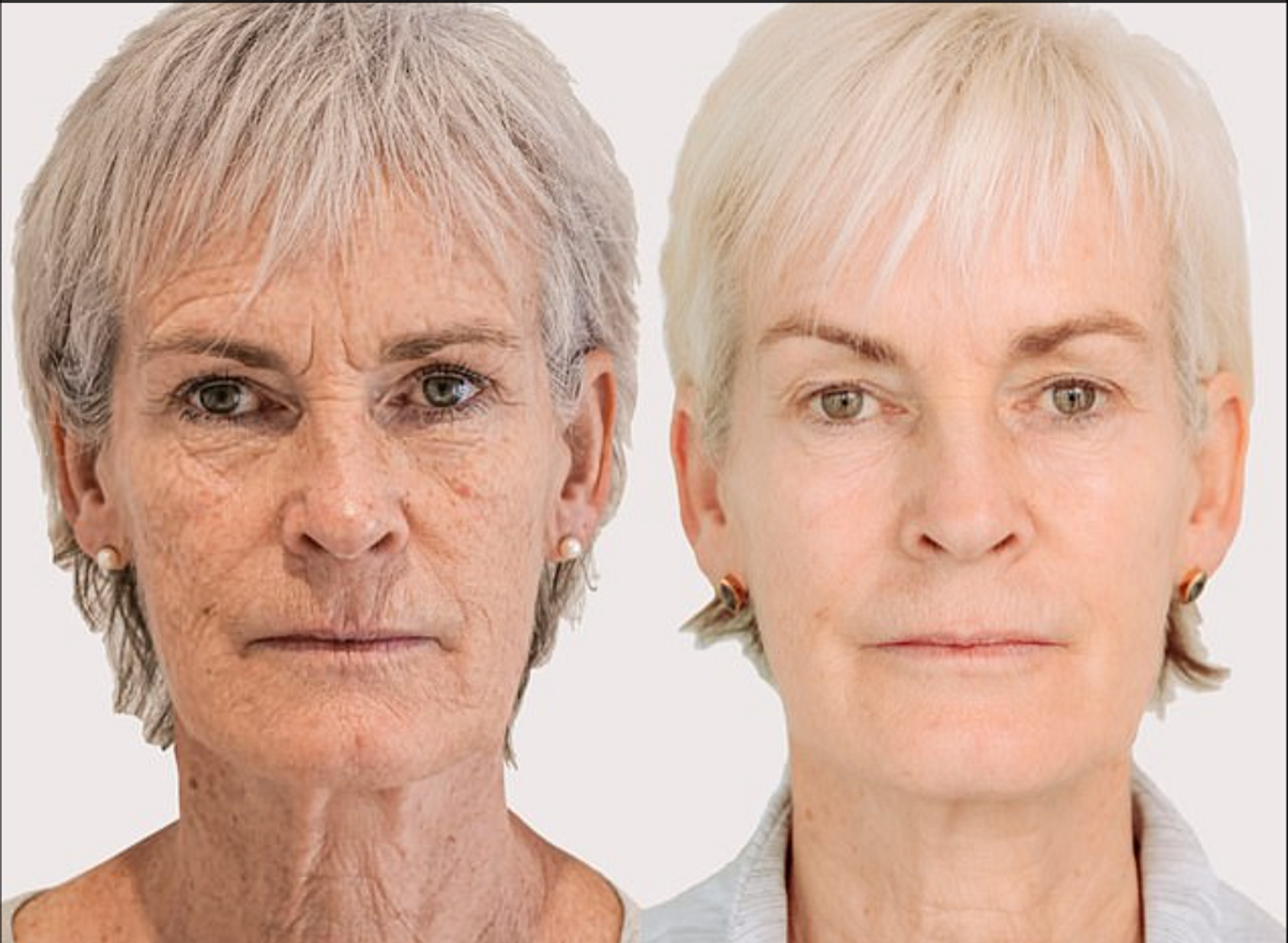 Judy had three sessions of the Morpheus8 treatment over the course of a year, alongside the Obagi NuDerm system, and looks amazing as a result (Photo credit: Cavendish Media).

In Judy Murray’s case, she saw Glasgow-based aesthetic practitioner Dr Judy Todd, who also works from The Taktouk Clinic in Knightsbridge. She suggested a course of Morpheus8, a device-based treatment that tightens and smooths the skin using a combination of microneedling and radiofrequency.

So, what exactly are these treatments? Well, microneedling is a treatment that uses tiny, sterilised needles, which penetrate the skin to cause controlled and intentional damage. Sounds weird, I know. But this, basically, helps boost collagen and elastin production, which naturally dwindles from our 20s onwards. In this particular treatment, radiofrequency energy is injected into the skin via 24 gold, insulated microneedles. The role of the radiofrequency is to tighten the muscle layer of the skin, so, combined, the two usually separate treatments create an overall more youthful yet natural, less sun damaged appearance that’s lifted, firmer and fresher-looking. Nice!

Judy is said to have had three sessions of the treatment, and was encouraged by her aesthetic doctor to also start a good skincare routine (the Obagi NuDerm system), which she hadn’t been doing prior to the treatment, explaining she’d never given much thought to her beauty regime. And, as you can see from the before and after image above, the results of the non-surgical treatment and skincare have given Judy an incredible, yet natural, new look.

The Morpheus8 treatment isn’t just for sun damage and tell-tale signs of ageing, like fine lines and wrinkles, either - it’s great at giving smoother skin, and works well on acne scars too - which makes it a great option for many people. But, like with any treatment, it’s always best to see a medically qualified aesthetic expert for a full and thorough consultation to determine what tweakment is right for you.

Judy is now said to feel 10 years younger, which is an amazing thing for anyone to feel, particularly when they’ve previously been self conscious or unhappy with their appearance. So, good for you, Judy! I hope those boys of yours are appreciating exactly how much time, effort and lines you spent on supporting them over the years.

If you want to find out more about the power of non-aesthetic treatments and what they can do for you, check out our handy Glowday treatment guides, and if you’re ready to find a safe and ethical medically qualified aesthetic practitioner who can make you feel a million dollars, we have hundreds to choose from.