From Lawyers To Lollipop Ladies: The Real Women Having Injectables

The newspapers would have us believe that there are only two types of women who indulge in injectables. The young and foolish or the old and rich. Type A, the reality TV stars, Love Islanders and young girls who make a living on Only Fans. Or, type B, the A list Hollywood actors, soap stars and bored housewives of Kensington and Chelsea with too much time, money and ex husbands on their hands.

The narrative that peppers both of these groups who choose to get their foreheads frozen and lips plumped is generally negative, judgemental and - if it’s in the Daily Mail - full of hyperbole. There’s always a subtle subtext, fake positives, a passive-cynical undertone and sarcasm dressed-up as praise. The headline will boom ‘Kerry Katona Unveils AMAZING Face Transformation' but really the publishers are purposely provoking readers to judge, remark, and ridicule. They want comments under the article, the more comments, the more successful the article.

It’s polarising. It’s stereotyping and it’s offensive. Set aside the fact that so many pages are filled with the micro analysis of a women's appearance (and this will continue so long as the public keep reading and commenting on them) it fuels the notion that non-surgical aesthetics aren’t for ordinary women like you and me. Unfortunately, the types of famous people who are open about the treatments they have, tend to be the women who perhaps have not had the best work or have gone too far, had too much or clearly have some body dysmorphia issues. 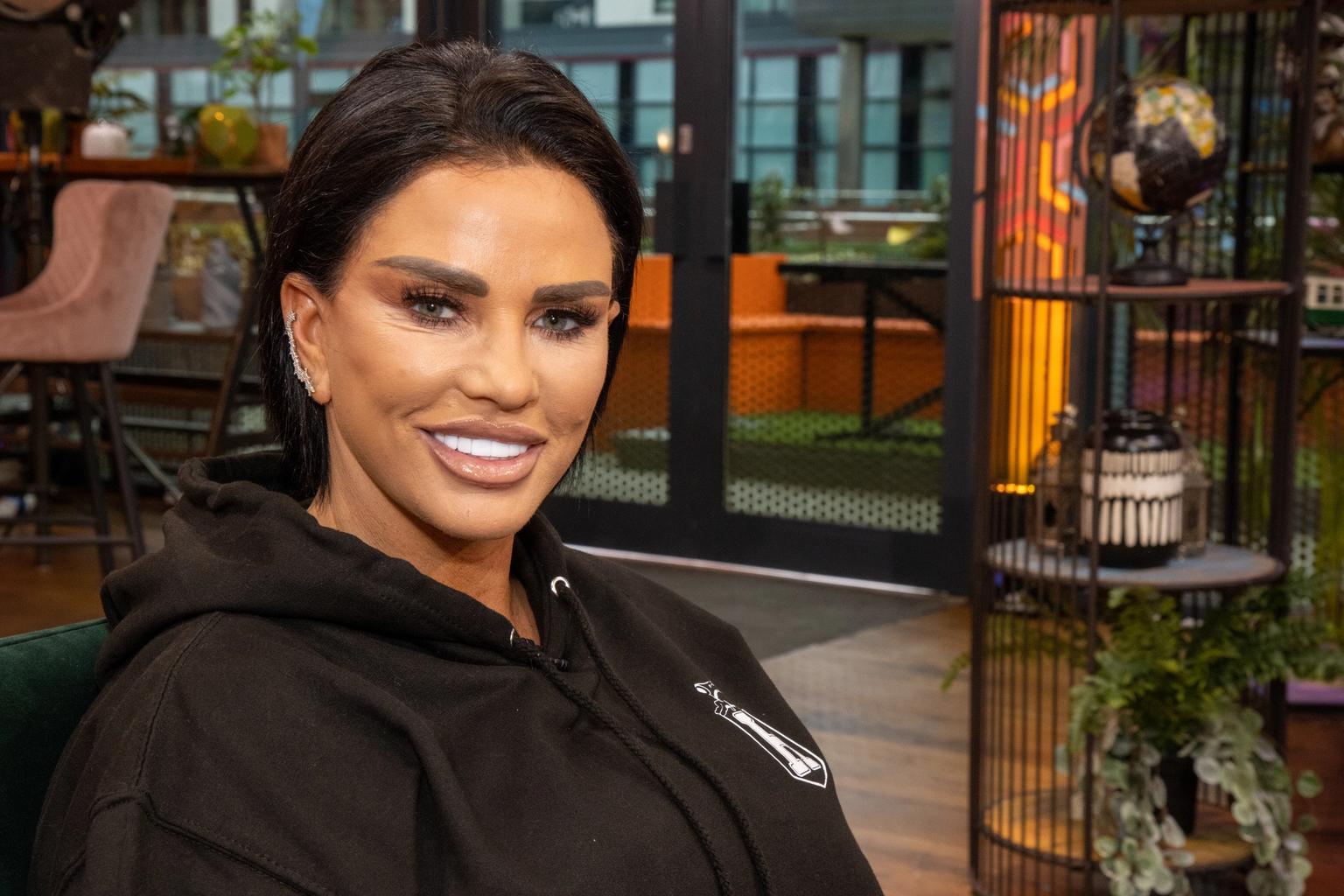 What Kind Of Women Really Have Injectables?

Glowday recently set about finding out exactly what kind of women have wrinkle relaxing and fillers. We surveyed everyone who had booked a treatment with us in the last few months to see if we could label women into different groups. Guess what? We can’t! You can't put women who have cosmetic treatments into boxes. It's all women!

The stereotypes are outdated and wrong. They’re not 22 year old fake-boobed, blonde-haired influencers or over-coiffured rich yummy mummies who spend their days shopping in Sloane Square. They’re ordinary women, with ordinary lives and ordinary jobs. They cover all ages, all demographics and all social classes.

Typical jobs of women who have tweakments.

Just look at the work women who have cosmetic treatments do. As well as stay-at-home Mums, the kind of paid-for jobs women do varied greatly:

Women who have injectables must be rich.

Given this data is taken from Glowday bookings and we only allow medically-qualified practitioners to list on Glowday, who don’t offer cheap deals and cut-price treatments, the following may come as a surprise to some people.

Far from being an indulgence only rich people enjoy, fillers and wrinkle relaxing are just as likely to be bought by someone earning 12k as they are someone earning 40k. 18.5% of our respondents earned under 12k, and almost 30% earned between 40k and 80k.

They’re not shopping at Boo Hoo or Harrods

In further proof that women who get wrinkle relaxing and fillers are simply hard-working, ordinary women, Zara and ASOS came top when asked what their favourite shops for clothes are. As many women choose H&M as they do a boutique designer shop. And Primark is as popular as Urban Outfitters. You can't judge a Botox belle by the clothes she wears! And just in case you’re interested, Sainsburys and Tesco came top for supermarkets of choice! 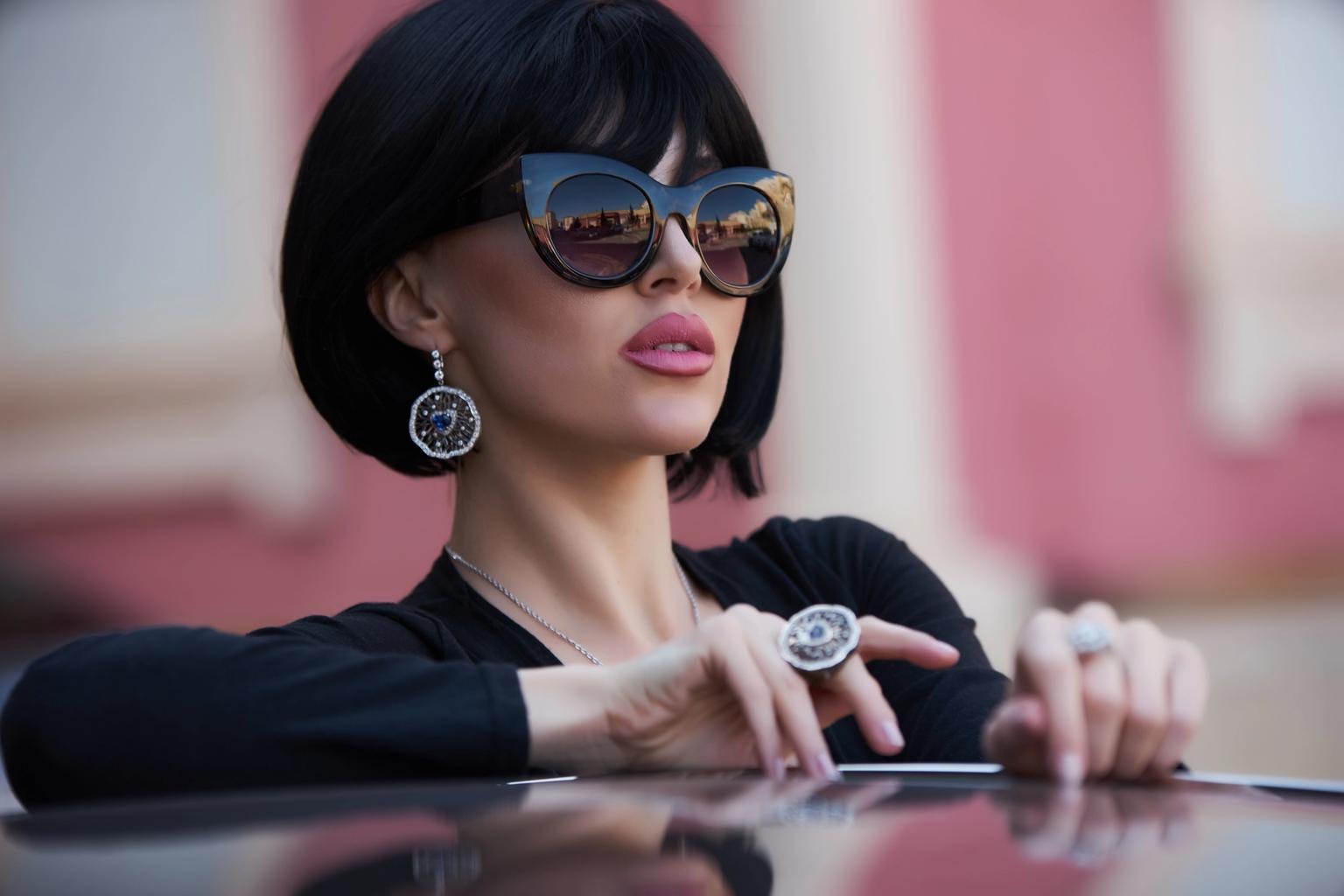 Botox isn't just for the rich! Women who shop in Primark get Botox these days don't you know.

You Should Grow Old Gracefully

Another misconception about injectables and non-surgical aesthetics in general is that women only have these treatments to look younger. While it’s true some women are hoping to turn back the clock a little, it’s not the main reason.

Almost half of the women Glowday spoke to said they had treatments to improve their confidence and almost all of them said they have Botox and filler to FEEL better.

The media’s obsession with famous women who have aesthetic treatments, feeds the notion that people who have treatments are doing so because they’re simply vain and self-obsessed. Some probably are, but to say this applies to anyone who has cosmetic treatments is, well, just wrong.

Of course, when this point is made, the naysayers will conclude that women should start to look from the inside if their appearance is destroying their confidence, that fixing it with Botox and fillers isn’t the answer. But guess what? It is.

The frustrating and ironic aspect in all of this is that the best kind of non-surgical aesthetic work is the kind which is subtle and natural and therefore will never catch the attention of a tabloid newspaper. Why would it! So the sausage lips and alien faces are the only aspect of the industry that are promoted, discouraging women from exploring 'tweakments' because they only have one view of how it turns out and a certainty they'll end up looking fake, plastic and 'obvious'. For the majority this is just not the case. The kind of treatments Glowday sees every day and celebrates are largely undetectable to anyone but the person who has had the treatment. This market is huge, it’s booming and millions of ordinary, non-famous people are having these treatments every day and feel more confident, strong and happy because of them! The lady on the till at Tesco, the HR manager at work, the driving instructor, the bank manager, the policewoman, the chef, your doctor and countless mums at the school gates! 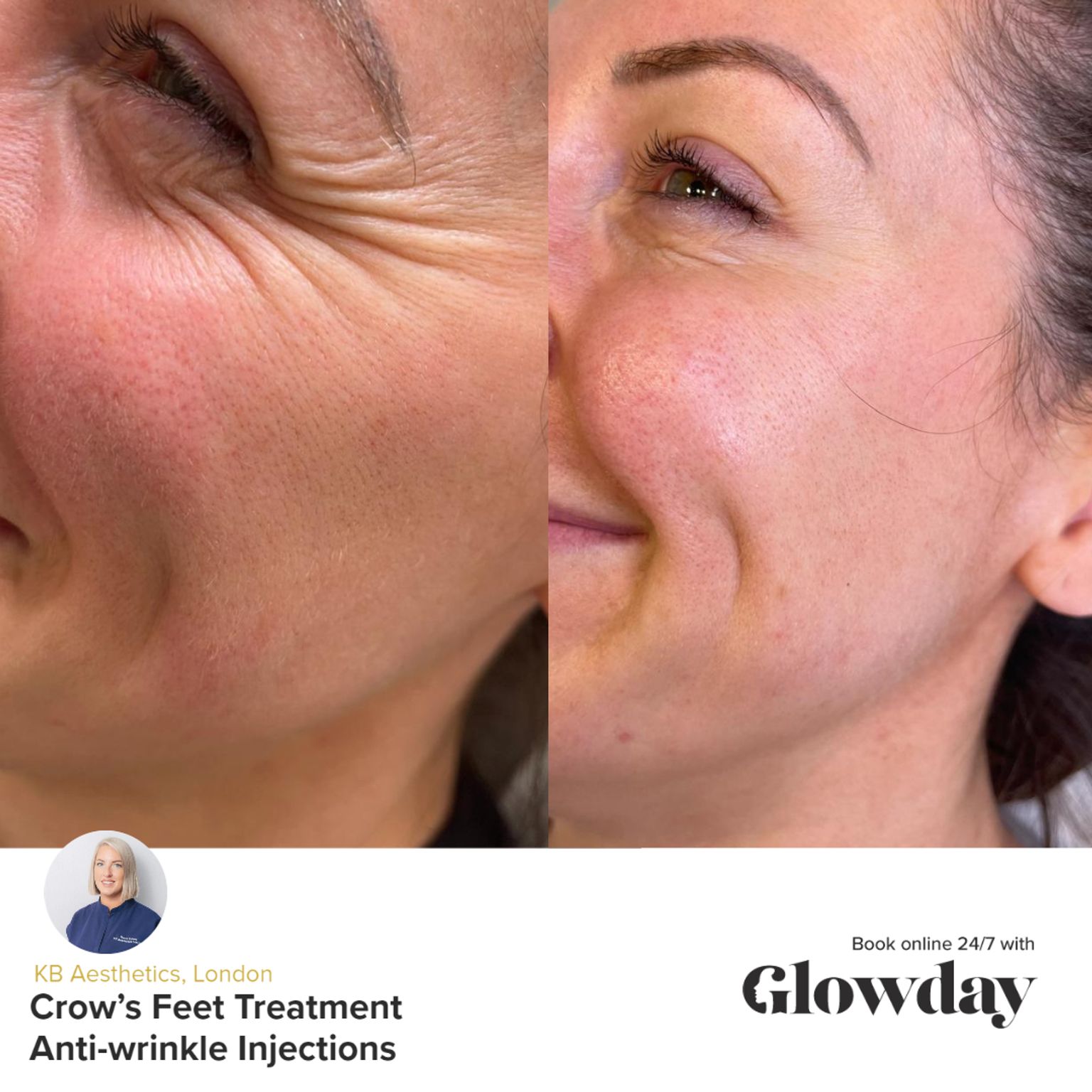 Good work is so good it's subtle, natural and undetectable to most people! We love this before and after of wrinkle relaxing on crow's feet by Kelsey Bailey

Yet because women have been made to feel embarrassed and ashamed if they admit to having a tweak or two, the positive and powerful element of this industry is underreported and misrepresented and women are fearful and have the wrong idea of what someone who has treatments looks like. Guaranteed, you’ll speak to dozens of people in a week who have chemical peels, baby Botox, microneedling, Profhilo, lip fillers and wrinkle relaxing and you’ll never know.

The bottom line is, Glowday doesn't want you to feel scared, fearful, ashamed, shy, embarrassed or coy about having cosmetic treatments. Take comfort that you're not the odd one out, you're not a failure, you're not vain or nor do you need therapy! You won't (if you go to a great clinic like those on Glowday) look fake or 'done'. AND, everyone is at it, it's as normal as getting your hair or nails done but women just aren't talking about it as much - yet. We hope to change this. 86% of the 1012 women Glowday asked agreed that aesthetic treatments had boosted their confidence and self-esteem.