Zac Efron has changed a lot since he first appeared on our TVs in High School the Musical, back in 2006 - as you’d expect, seeing as he was just 18 then. But he seems to have had a more dramatic appearance change more recently, and it’s left many people struggling to recognise him. The change? Along with several other features, his jawline seems to be the most dramatic difference. So, what has happened to Zac Effron’s jawline? Has he had jawline filler or is it just a natural change that has occurred with age? I spoke to Dr MJ Rowland-Warmann of Smileworks about what jawline fillers for men can actually achieve, and then to Amar Suchde of AMS Aesthetics to discover his thoughts on whether Zac Efron has had jawline filler...and whether he’s gone too far...

Obviously, between adolescence and early adulthood, we change a lot, but when we look at Zac Efron today compared to just a couple of years ago, he has become almost unrecognisable, with many fans left questioning what he’s had done. He’s never had a weak jawline - it was relatively angular before, but now it seems to have seriously bulked up, creating a very strong look that is causing conflicted views. One way to get such a strong jaw is by using jawline fillers, but is this what Zac has done? We’ll find out Amar’s thoughts later. But first, let’s have a look at what jawline filler actually is, and what can be achieved with it. 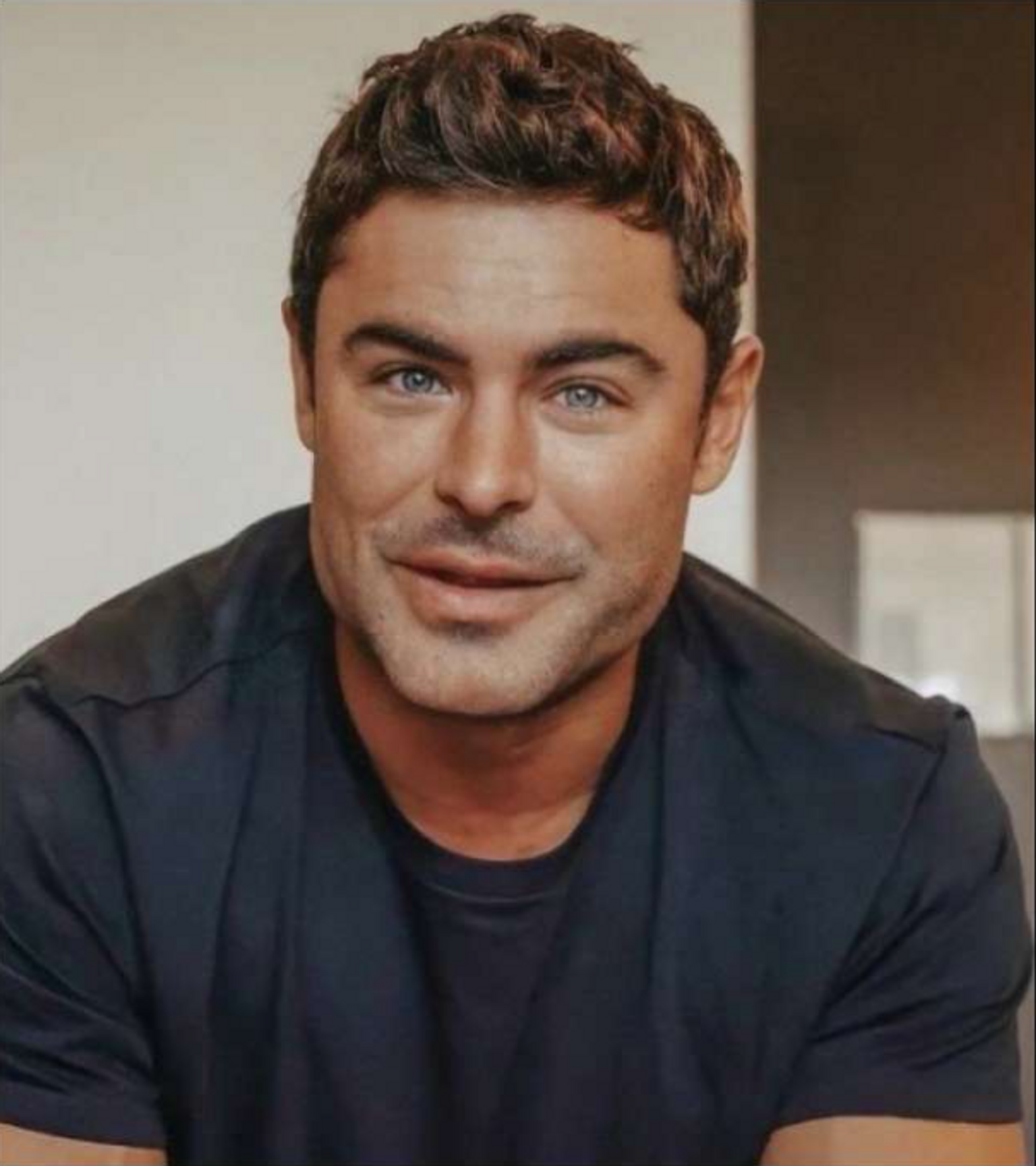 In recent years, there’s been a surge in so-called masculinisation treatments, aiming to tweak the male face to give it more definition and make it, for want of a better word, more ‘manly’ - i.e. with a strong jawline that’s typically more angular and defined. Non-surgical treatments like jaw fillers have played a major part in this. So, what are jawline fillers? Why are they so popular with men? And what should you consider if you are hoping to get a sharp jawline with fillers?

Dr MJ Rowland-Warmann explains, “Jawline fillers have become hugely popular within the last couple of years, and I’m seeing more men coming to me for more defined jaw lines and the contour of the jaw, which can not only make the jawline look more defined and make them look and feel more confident, more manly, and more masculine, but can also make the jawline appear slimmer.”

Sounds good, so far! So, how long do jawline fillers last? Dr MJ says, “Often, we do the treatment with hyaluronic acid fillers or polycaprolactone dermal fillers. The latter will last longer, so we generally tend to get a couple of years from it, as opposed to a year or a year and a half. While hyaluronic acid fillers don’t last quite as long, they do give an immediate wow look.” 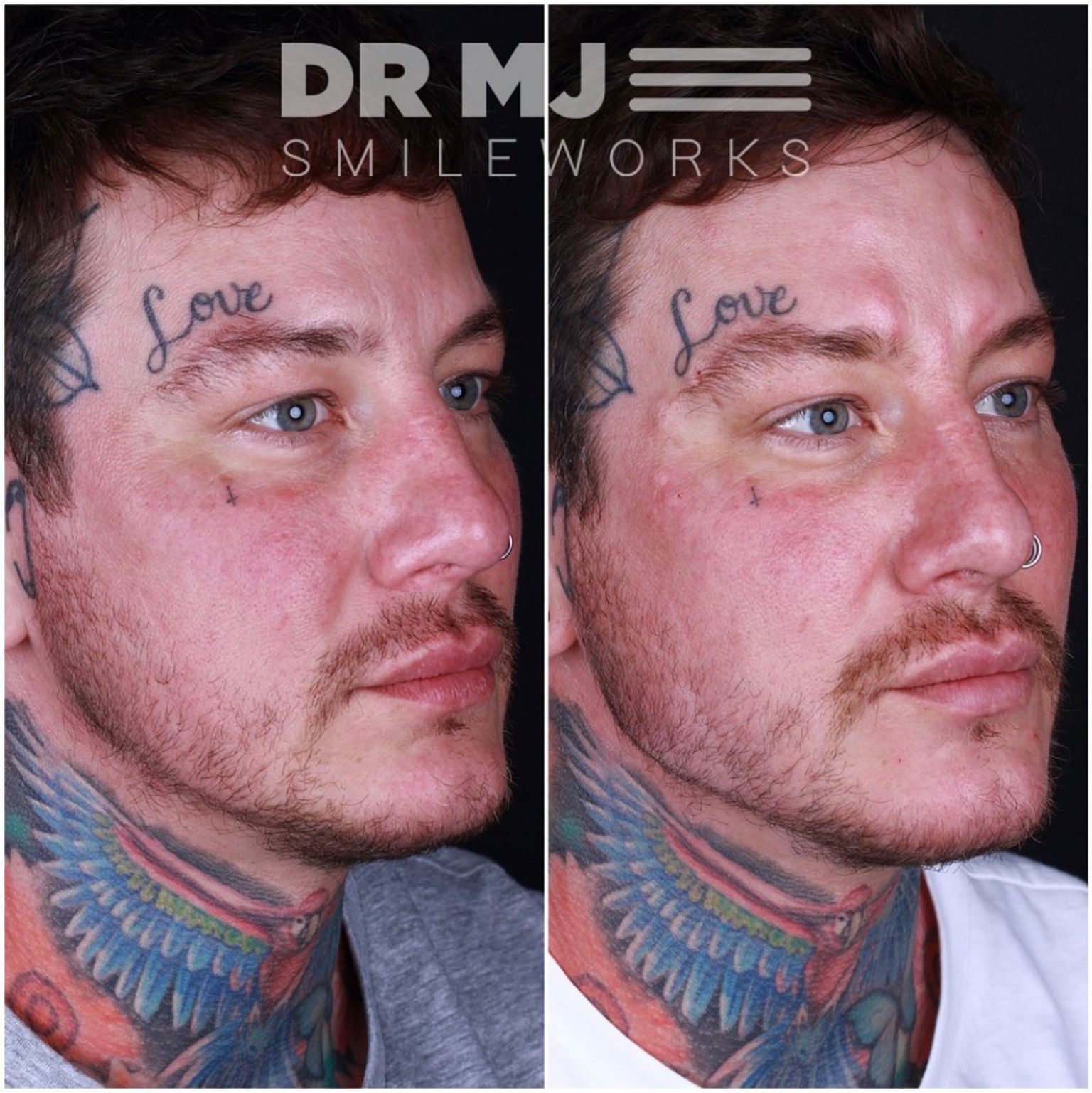 Dr MJ’s jawline filler before and after image, above, shows just how effective jaw fillers can be, giving subtle yet impressive results. You can see why it’s such a popular treatment, right? So, if that’s potentially what Zac Efron’s had done, why does his jawline look a little...strange?

Has Zac Efron had jawline fillers?

Hmmm has he or hasn’t he? I was curious so I asked aesthetic practitioner Amar Suchde, founder of AMS Aesthetics, to find out his thoughts. Here’s what he said…

“Overall, I think the growth of masculinisation fillers has grown, so many men are coming into my clinic, wanting that more defined jawline and sharper cheekbones, but done well. A lot of men don’t want people to know they’ve had treatment, so you have to be really careful to use the right filler and respect facial balance.

Going to the right injector is a powerful moment in your life. If you go to someone with the wrong eye or lack of appreciation for the right filler, you can look ‘overdone’. I think that’s probably what Zac’s done, and I think it’s affected his jawline filler outcome.

He’s looking quite puffy [in the recent clip that’s been circulating], so it’s either that we’re seeing excess swelling after the jawline augmentation treatment or it’s been overdone.

I think he’s had cheek fillers too but, for men, you should typically have more of a lateral 90 degree angle, but I think what the injector has done is expand it medially and laterally and, as a result, this has made him, once more, look overdone. If the injector had just injected the filler laterally and respected the angles of his face, it would have given him sharper cheekbones.

There’s a lot of pressure for people like Zac Efron to look a certain way in the media and maybe he felt this pressure. He was a good-looking guy and didn’t need to do that, but it’s easy to keep looking in the mirror and thinking I could do this or I could do that, and maybe he’s taken it a bit too far. There’s a fine line and I think he’s crossed it.

I’m hoping that it is swelling and that it will go down soon. These jawline fillers - the way they’ve been done - don’t suit him and don’t suit everyone, but when done well they can look great.”

And that’s not all Amar thinks Zac’s had done, suggesting that he may well have had lip filler and Botox to lift his eyebrows. So, it seems the Baywatch star is certainly not afraid of the odd tweak.

So, what should you be thinking about if you’re considering a masculinisation treatment like jawline filler? When talking about the safety element of this kind of tweakment, Dr MJ says, “Jawline fillers should always be done by a medical professional who has experience and training in this treatment. There are always risks - vascular occlusions, blindness… It’s not just fillers to the nose or glabella that can cause serious issues. And filler complications are increasing.

We’re seeing a lot of practitioners doing jawline fillers but, unfortunately, I’m also seeing lots of patients who are coming to me post-jawline fillers, who haven’t netted the desired result. Especially due to either poor quality dermal fillers or dermal fillers in the wrong place, and where practitioners who don’t have the right training are not assessing the face properly. Facial assessment is one of the main drivers for aesthetic improvement of the male jawline. So, when we assess the male face - or any face - we need to make sure we assess the relationship between the upper and lower jaw and the angle of the mandible and whether it’s even suitable.

Patients who are overweight are often not suitable for jawline filler, as all it will do is make it look more square and fat. Patients who have a poorly defined jawline sometimes are but it all depends on the angle of the jaw. These are the kinds of cases where patients should have been advised to engage in healthier lifestyles and lose some weight but inexperienced practitioners have stuck filler in, it looks awful and you end up dissolving the whole thing.

So, make sure you go to someone who knows what they’re doing and who uses a great product, get a good result and be happy.”

So, there you have it. Zac Efron may well have had jawline filler but, unfortunately, it’s resulted in him perhaps looking a bit overdone, possibly due to the wrong filler, wrong placement of filler or, simply, the wrong injector. But, as the practitioners above explain, jawline filler can lead to incredible results on the right person and when done by the right practitioner.

If you’re interested in booking in for a consultation for jawline augmentation, you can now search through hundreds of medically qualified aesthetic practitioners on Glowday to find the right one for you.