Toxin or Profhilo? What’s the difference?

You’re probably here because you’re curious about booking a cosmetic treatment. You’ve heard of Profhilo and anti-wrinkle treatments like Botox (which is just one brand of toxin), but you’re not sure which one you want to try. Well, before you decide which treatment to book, it’s important to know the key differences between the two. They are not the same treatment, and they do very different things, though both are great at rejuvenating in their own way. First, let’s break down each.

If you’re considering Profhilo, here’s what to expect. It’s a relatively new and exciting treatment in the rejuvenation world. Born in Italy, Profhilo has set the aesthetics market ablaze, and there are now more brands offering up similar products. So, why is it so popular? Well, Profhilo has become synonymous with smoother, glowing skin, and is said to be a great starting point for those looking to delve into injectables. People LOVE the results it gives.

Profhilo is pure hyaluronic acid (HA), and it is carefully injected into ten points on the face (five on each side) to give the best hydration hit your skin’s ever experienced. This is because HA is incredible at holding onto water, meaning your skin will feel hydrated and moisturised to the max. Its runny consistency means it can easily travel two centimetres from each injection point, working its magic across your face. It doesn’t add volume to the skin in the way that fillers do, but it does target skin laxity and lines and wrinkles, while improving skin texture and quality, and giving a fresher, brighter appearance.

Profhilo can also be used on the neck for rejuvenation purposes, and there’s plenty of research happening with regards to using the treatment on different parts of the body, too, so watch this space. 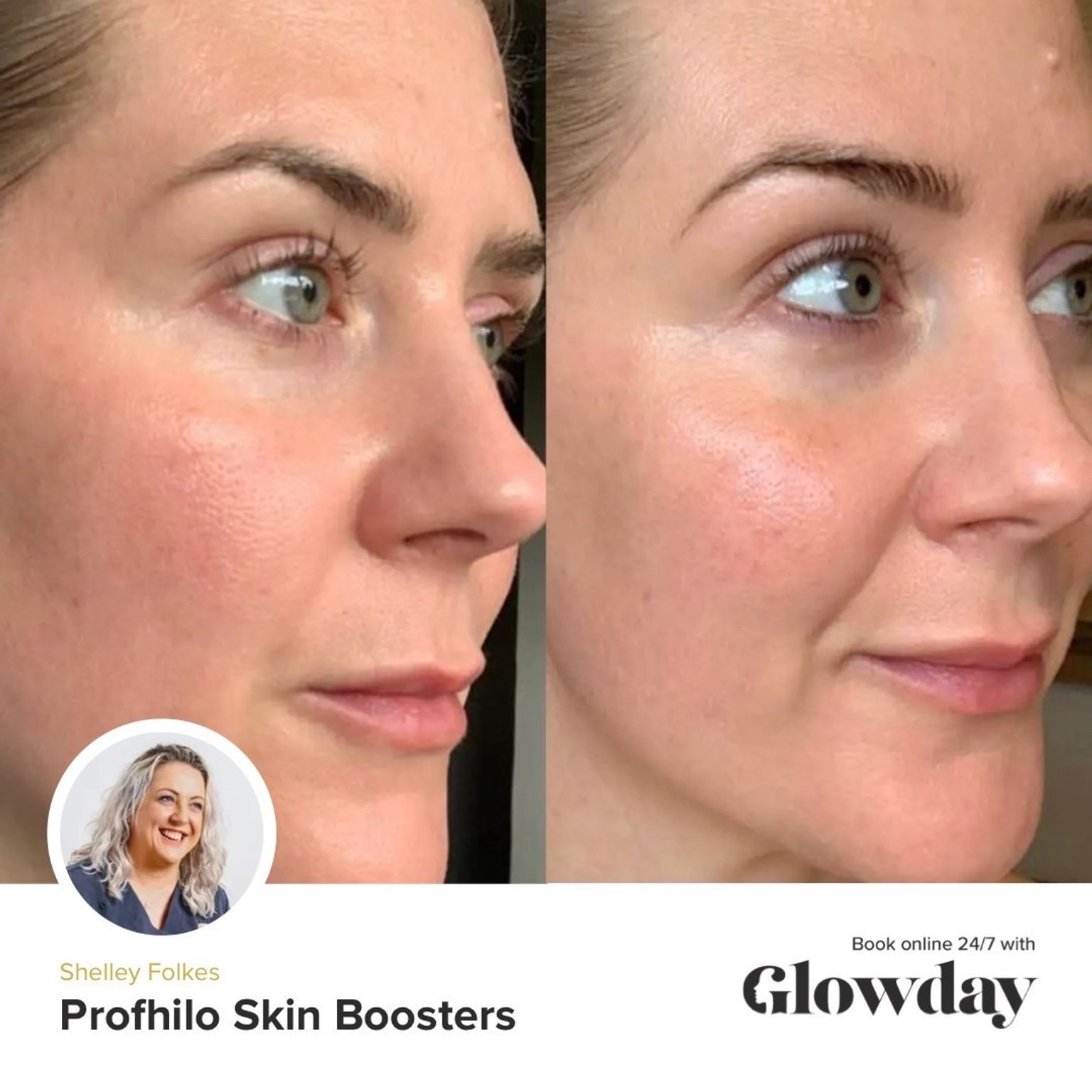 May think that Botox is the name of the treatment, but actually, it's one of many brands of Botulinum toxin. It was licensed for cosmetic use over 20 years ago, and it might surprise you to know that it’s not only used in aesthetics but also to treat a vast array of medical conditions, such as TMJ, cervical dystonia and migraine.

But why would you choose a toxin for skin rejuvenation purposes, and how does it work? Well, the active substance in medicines like Botox is botulinum toxin, and the way it works is that it is injected into a target area in order to temporarily freeze the muscles in that part of the face, thereby reducing the lines that are left behind through regular movement.

It is generally used as an anti-ageing treatment on areas like forehead lines, crow’s feet, frown lines, bunny lines or lipstick lines. These lines are smoothed to give a softer, more rejuvenated look.

While Profhilo spreads a little, the toxin doesn’t. It’s injected into the target area and the aim is for it to stay where it is in order to target specific muscles. So, if you have anti-wrinkle injections, it will only treat the area in which it's injected, not the whole face. 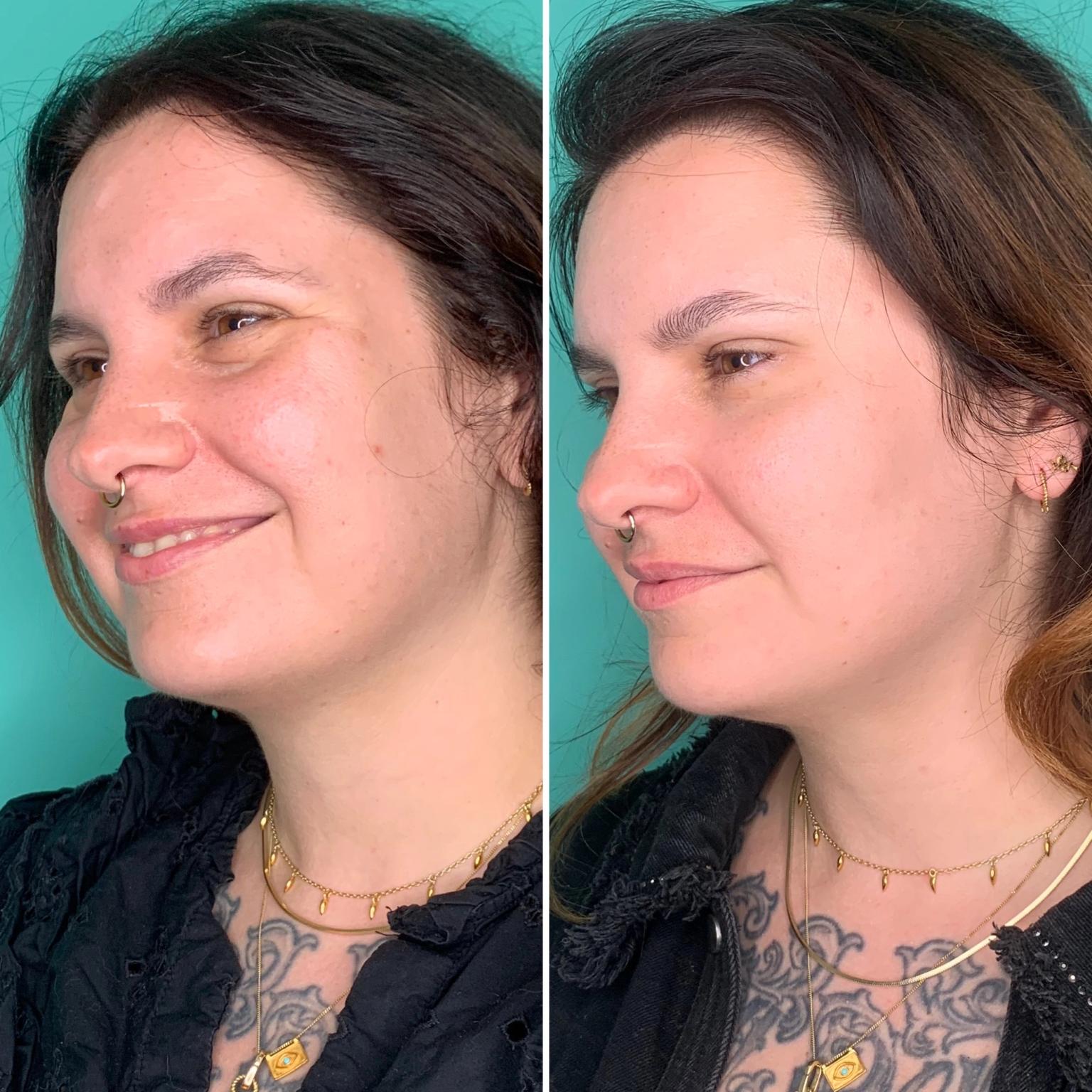 Wrinkle relaxing by Emma Goldsmith at The Babington Clinic

Which is better - Wrinkle relaxing or Profhilo?

You might be wondering, what’s better? Botox or Profhilo? However, that really depends on what your main concern is and what you’re trying to achieve. Are you after a smoother forehead or to get rid of those angry 11s (frown lines)? In which case, you’d want wrinkle relaxing. Or do you want brighter, more hydrated looking skin with improved texture? In this case, Profhilo would be your best bet.

Not that it should be the ultimate factor in selecting one over the other, but there are some differences in how long Profhilo and wrinle relaxing treatments last. When it comes to Profhilo, two sessions are generally advised to get the best possible result, but you will, usually, see significant changes to your skin quality even after one session. And the results then last for around six months.

For wrinkle relaxing, however, it’s a totally different ball game. Your aesthetic practitioner will inject the required amount per area but, unlike Profhilo, you won’t see the results straight away. Generally speaking, you’ll notice that the appearance of your lines and wrinkles are nicely minimised after two to 14 days. Wrinkle relaxing results generally last between three and four months, but it could be more or less depending on the individual. I always say it’s like food - each of us metabolises it at different rates; some faster, some slower.

Botox vs Profhilo? What’s right for me?

When it comes to choosing between Profhilo vs Botox, the best thing to do is to find a medically qualified aesthetic practitioner, which you can do here on Glowday. When you book an appointment with a healthcare professional, you’ll get a full and thorough consultation prior to the treatment where you can explain your skin concerns and they can recommend treatments based on A) what you want and B) their knowledge and experience. You may find that you go in wanting to soften your frownlines but leave feeling like you’d benefit more from Profhilo, or some other treatment all together.

Both treatments are capable of giving natural outcomes, and the two can even be used in combination to deliver a rejuvenation effect. This is something to talk to your practitioner about, to see if you’re suitable for the treatments and whether they would give you the results you’re looking for.

We’ve got tonnes more information about both Profhilo and wrinkle relaxing in our handy treatment guides, like who’s suitable, what to avoid before and after the treatment, and possible side effects - all the things you might want to consider before going ahead and booking.

Ready for a fresher look? Search for a practitioner in your area now.