For many people, aesthetic treatments like Botox and fillers are just for the vain, but for Ella from Sussex, they became much more than that when she suffered a stroke last year. Now, she believes they help her look and feel like her old self - with that bit more of a spark! Read on to find out her story...

Hi Ella! What was it that started you off on your journey with aesthetic treatments?

2020 was a stressful year for everyone, and it was particularly hard for me. I was faced with a sudden divorce, was working in the NHS during COVID and was left feeling on my own when I had to shield at home. Then, in June, I had a stroke. It was classed as a mild stroke, but I had actually seen my face beginning to droop in the mirror and called an ambulance straight away. It was a really scary situation to be in, to see that happen.

The drooping probably wasn’t noticeable to anyone else but, after the stroke, whenever I looked in the mirror, I felt really self conscious and it was a constant reminder of what had happened. I was also left with several other issues - for example, I had weakness in my left arm and hand - and I was feeling like my confidence was low. 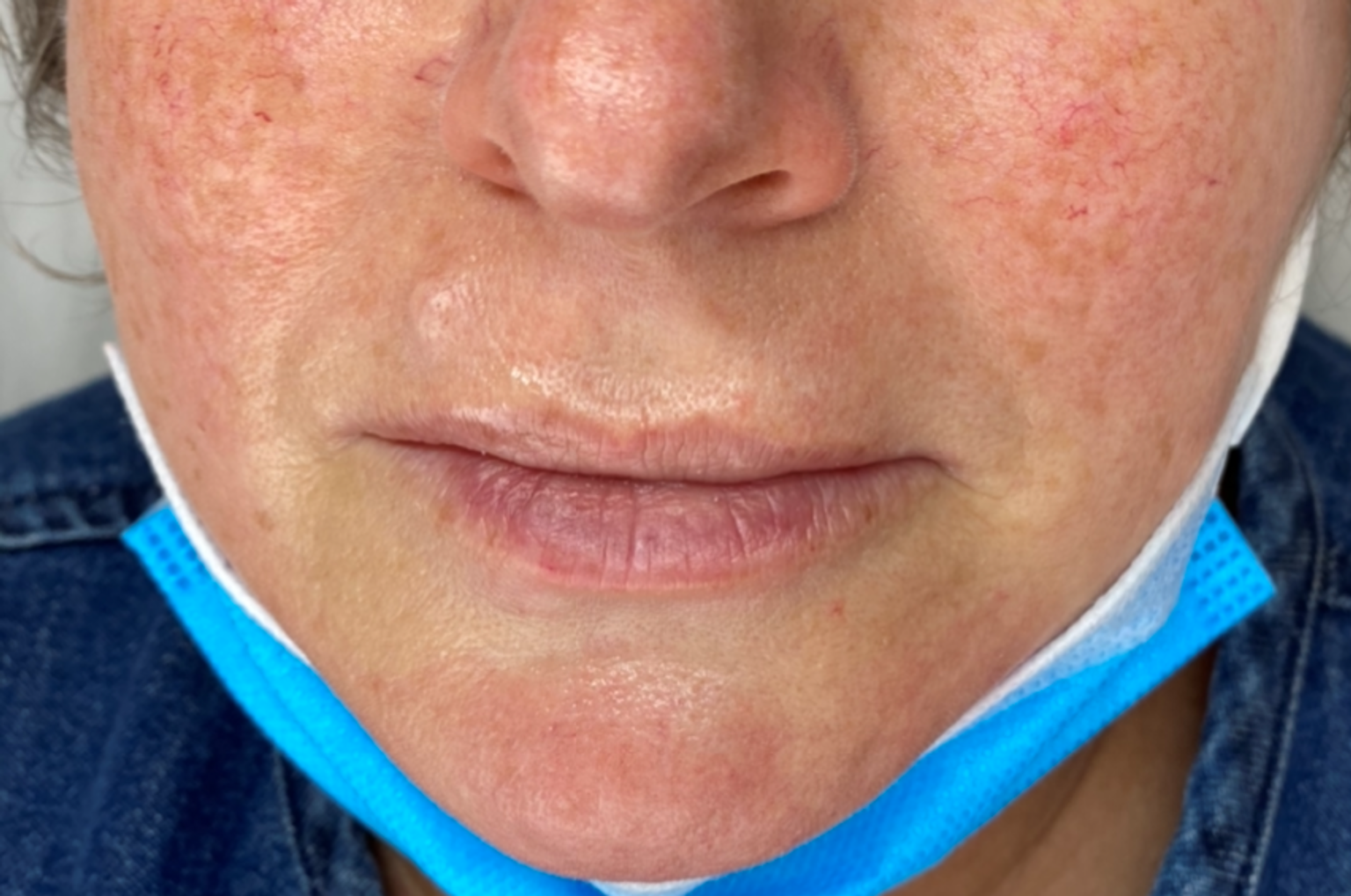 I decided to see an aesthetic practitioner called Piroska Cavell at Sese Clinic, who I had known through working in the NHS, and so I knew that she was medically trained and very professional. Being able to go and see Piroska was great because she’s so skilled but also very empathetic. She gave a really detailed treatment plan, and I felt really looked after and listened to. Piroska suggested having Botox above my left eye, as I had a slight droop, and some lip filler to help give my face some of the balance I felt it had lost due to the stroke.

I had my first treatment last year and went back for a top up recently. I’ll be going every six months or so, but I trust my practitioner to say if I don’t need any more. The consultation process and post-treatment care are so important.

That’s such a lot to go through in one year! How did you feel after getting the treatments?

These treatments made me feel like I was starting to recover, which was really powerful and gave me back confidence I felt I’d lost. Now, I’ve got my face back but with a nice sheen.

Botox and fillers have played a big part in helping me feel like myself again and it feels like they’re the last piece of the jigsaw.

That’s amazing! It’s great to hear you’re feeling more confident now and that things are on the up. Did you have any worries or preconceptions about aesthetic treatments before getting them?

I used to be a bit judgemental about aesthetic treatments like anti-wrinkle injections and fillers because I always thought they made people look different - because that’s what you see in the media. I was worried about being overtreated and having an immobile face, whereas, since getting them, I feel enhanced. It’s like when you dress up to go out and you feel great. It’s that wow feeling! My perception of aesthetic treatments has changed. I’m a complete convert! It’s not about being someone else and it’s not about changing.

People who haven’t seen me for a few years say, “Wow! You don’t look like you’ve aged!”, which is great. I’ve always worn sun cream and I’ve never smoked, so that’s looked after my skin, but the main thing for me, with the treatments, was just feeling great again after such a bad year.

I’m so glad to hear you’ve had such a good experience with aesthetic treatments and that you’re feeling so much better now. Sounds like you’re in such a positive place now.

If you're ready to glow just like Ella, you can book in now on Glowday for a consultation for the treatment of lines and wrinkles, or for fillers, with a medically qualified practitioner.