Paul Rudd is 53 and doesn’t seem to have aged a day since Clueless! How the hell is he doing that? Does he have a Dorian Grey style painting in an attic somewhere? Is it natural? Or has he had some work done? I’m willing to put money on it being the latter. But good work! Subtle. To find out more about whether Paul Rudd has had a treatment or two, I spoke to three top aesthetic practitioners.

Who doesn't love American actor Paul Rudd? He's been on our screens for as long as I can remember, making his big break in Clueless, which came out in 1995. Since then, Rudd’s gone on to star in tonnes of great TV shows and films - Friends and Ant Man. And in 2021, at the age of 52, he was named Sexiest Man Alive by People magazine. But how is he still looking so damn good?

So, has Paul Rudd had any work done, or is it just down to good genes?

I had to find out, so I spoke to the professionals…

First up, I chatted with Independent nurse practitioner Lauren Turner, founder of Aesthetics By Lauren Turner, who said, “We all remember Paul Rudd from his Clueless days, and how great he looked back then. However, at the age of 53, he still looks amazing. On closer inspection, he has definitely aged since his early on screen career. However, he looks better than the majority of 53-year-old men in today’s society. I actually think this may be the work of a very good medical-grade skincare routine started early on for prevention, which I’m guessing was down to good advice from a great medical practitioner in his twenties or thirties!”

And Cheryl Cain, advanced aesthetic nurse practitioner and skin expert at The Good Skin Guru Clinic, agreed, saying, “I’d guess he has an excellent skincare routine with high quality products at home, as his skin looks very healthy and even toned.” 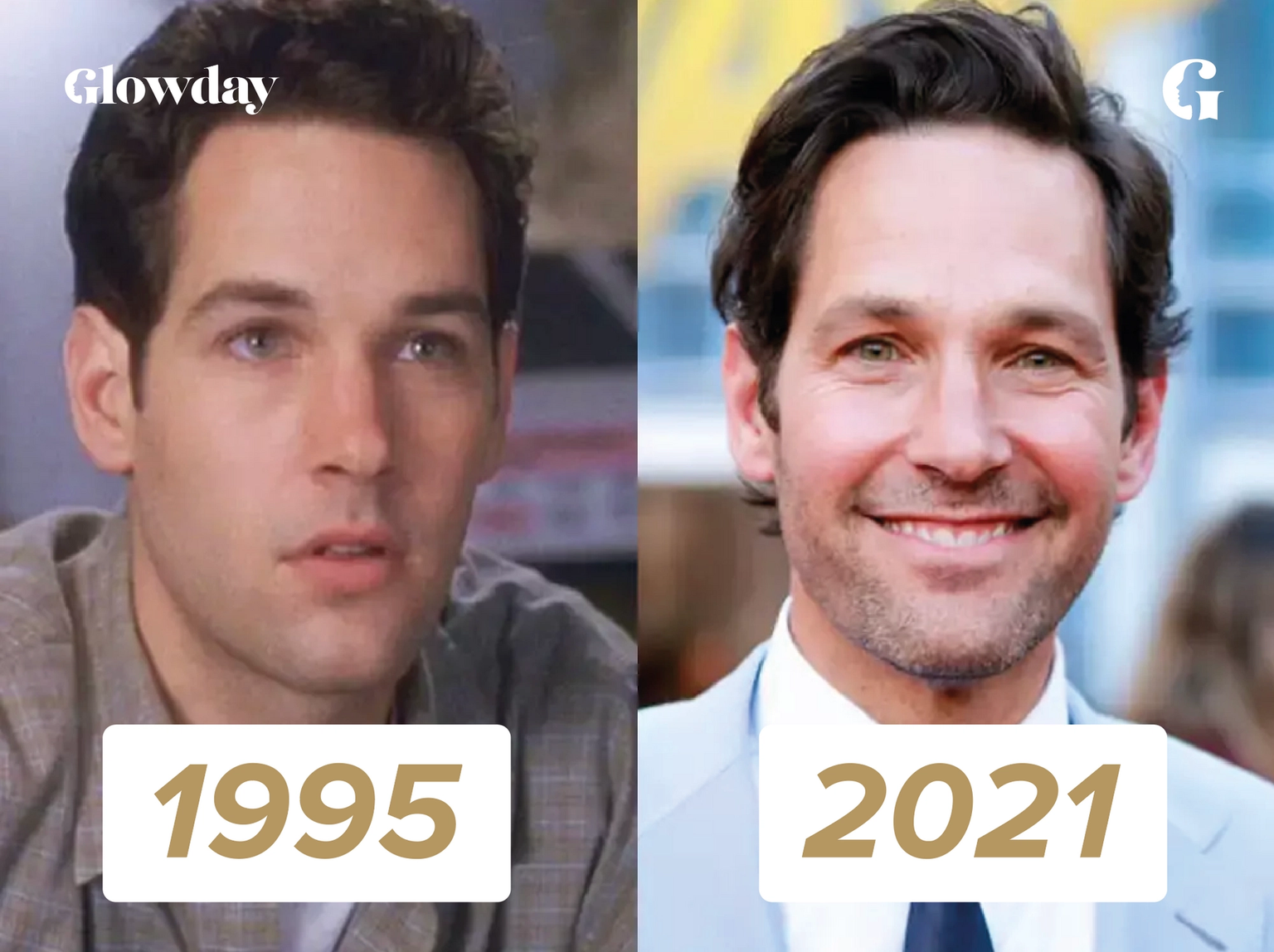 You’re kidding! So his amazing appearance is down to great skin care and good genes? Wow! Anything else?

Ok, so skin care is obviously a very important step in the journey to ageing well. But has he really not had any work done? The pros are not convinced he necessarily has. Lauren says, “I don’t actually think he’s had any cosmetic surgery at all. I think also he’s possibly got very good genes, mixed in with a small amount of preventative wrinkle relacing! He does have some fine lines and wrinkles present but these are certainly softened.”

And what about Cheryl? Well, she reckons, “Paul Rudd looks amazing for his age. It’s difficult to tell for certain if he has any work done, but this is exactly how we want good aesthetic work to appear. If he has had work done it’s very subtle and natural - possibly a small amount of anti-wrinkle injections or medical grade skin treatments - and his clinician is excellent at what they do. Giving the ‘have they, haven’t they’ result is exactly what we strive for in aesthetic medicine.”

And Amar Suchde, founder of AMS Aesthetics explains, “I’m actually shocked that he’s 53! I think he’s aged really well over the years. One of the telltale signs of ageing is the reduction in the mandible - the jawline - and he’s been able to maintain a solid jawline all this time, which means he’s not showing typical signs of ageing.

For men, looking aged is actually a bit more culturally attractive, which is possibly an evolutionary factor. Paul Rudd’s lines and wrinkles made him good looking and sexy. He still has beautiful crow’s feet - those lines around the eyes - which is something I tend to advise men to keep, as they help give character to men, which makes them more attractive.

Where he’s started to age a little bit more you could say maybe facial fat distribution, but, genetically, he’s maintained that really well. But he’s probably had good skin treatments along the way, laser treatments and skin care that’s allowed him to get that glow, freshness and plumpness to his face. But other than that, I don’t think he’s had much non-surgical treatment. If he has it’s very little.”

Do men age better than women?

Hmmm, so Paul Rudd has great genes. Lucky him! And he’s not the only one to stay looking amazing into his fifties. You only need to look at the likes of George Clooney and Brad Pitt too. So, what is it about the male species and ageing? Do men really age better than women? We’ve all heard people say, and celebrities like Rudd seem to demonstrate that men can age very well indeed, but it, but is it true?

Cheryl explains, “There is some science as to why men age better than women. As we age, the fat pads within our face (which give it structure and plumpness) start to redistribute, and we end up with more volume in our lower faces and less in our upper faces. For women, this can masculinise our faces, whereas for men it can give them a stronger jawline. Oestrogen also has a key part to play. Women lose their hormones at a much earlier age than men do, which also means we can start ageing quicker. Oestrogen is associated with increased collagen production, skin thickness and hydration. Men's testosterone hormones last longer, meaning they can age better than their female counterparts.”

Bloody typical and totally not fair!

What are the most common cosmetic treatments for men?

While hormones appear to be on their side, popularity in aesthetic treatments like wrinkle relaxing for men are certainly on the rise. So, what are the most popular cosmetic treatments for men?

Lauren says, “Most men attend my clinic for wrinkle relaxing. However, nearly all ask for the same result - natural and gentle. The taboo of having treatments when you are a man is, unfortunately, still there in the background for some, and so the brief is, generally, that they don’t want anyone to notice. This means that the results look good without anyone pinpointing procedures. The same can be said for Paul Rudd.

More and more men are attending my clinic also asking for skincare results, and they are more invested in maintaining and achieving good skin. I think this has been on the rise since lockdown. Certainly they seem to be paying more attention to it.”

And it’s the same for Cheryl, who says, “My most common treatments for men in my clinic include anti wrinkle injections and medical-grade skin treatments - things like chemical peels or microneedling. Men are definitely having more treatments than ever before, and natural-looking filler treatments are also on the rise. Most of my male clients want to look like they have great, healthy, youthful skin without any obvious work.”

Got it! So lots of men do want the help of a bit of wrinkle relaxing or skin treatments, as long as it gives them a natural result.

So, there you have it. He might have had a bit of injectable help and some bloody good skin treatments, but Paul Rudd’s amazing appearance at 53 is likely also down to great genes. And he’s lucky - because he’s a man and his hormones are on his side. But whatever the case, he looks great and he looks natural.

Fancy getting your skin in check, Paul Rudd-style? Glowday lists thousands of incredible healthcare practitioners, so you can take your pick from the very best in your area.


Has Holly Willoughby Had A Little Help?