The nineties was such a great decade for music and fashion! And the likes of No Doubt, with Gwen Stefani as their lead singer, brought a new level of cool to both scenes. And (I can’t believe I’m saying this) going on 30 years later, Gwen Stefani is still looking INCREDIBLE! So, what’s her secret? Surgery? Botox? Fillers? Let’s take a look at some Gwen Stefani now pics, and have a chat with some top aesthetic experts about how the global superstar is looking so good in her fifties.

Collagen: Do You Need To Bother With It?

Bonnie Tyler at 69: Are You Ever Too Old For Anti-Wrinkle Treatment?

Saggy Skin? We Have Lift Off!

Does Gwen Stefani age...like, ever?

I’ve been blown away by the number of Google searches for “Gwen Stefani age” and “How old is Gwen Stefani”, but I get it. It’s because no one can quite believe the music icon is 52 (and also because, if you’re anything like me, the 90s still seems like just a decade ago). But it’s true - Gwen Stefani is 52. I know, right - the woman’s like a vampire, in the NICEST possible way. So, how does she still look so bloody good? 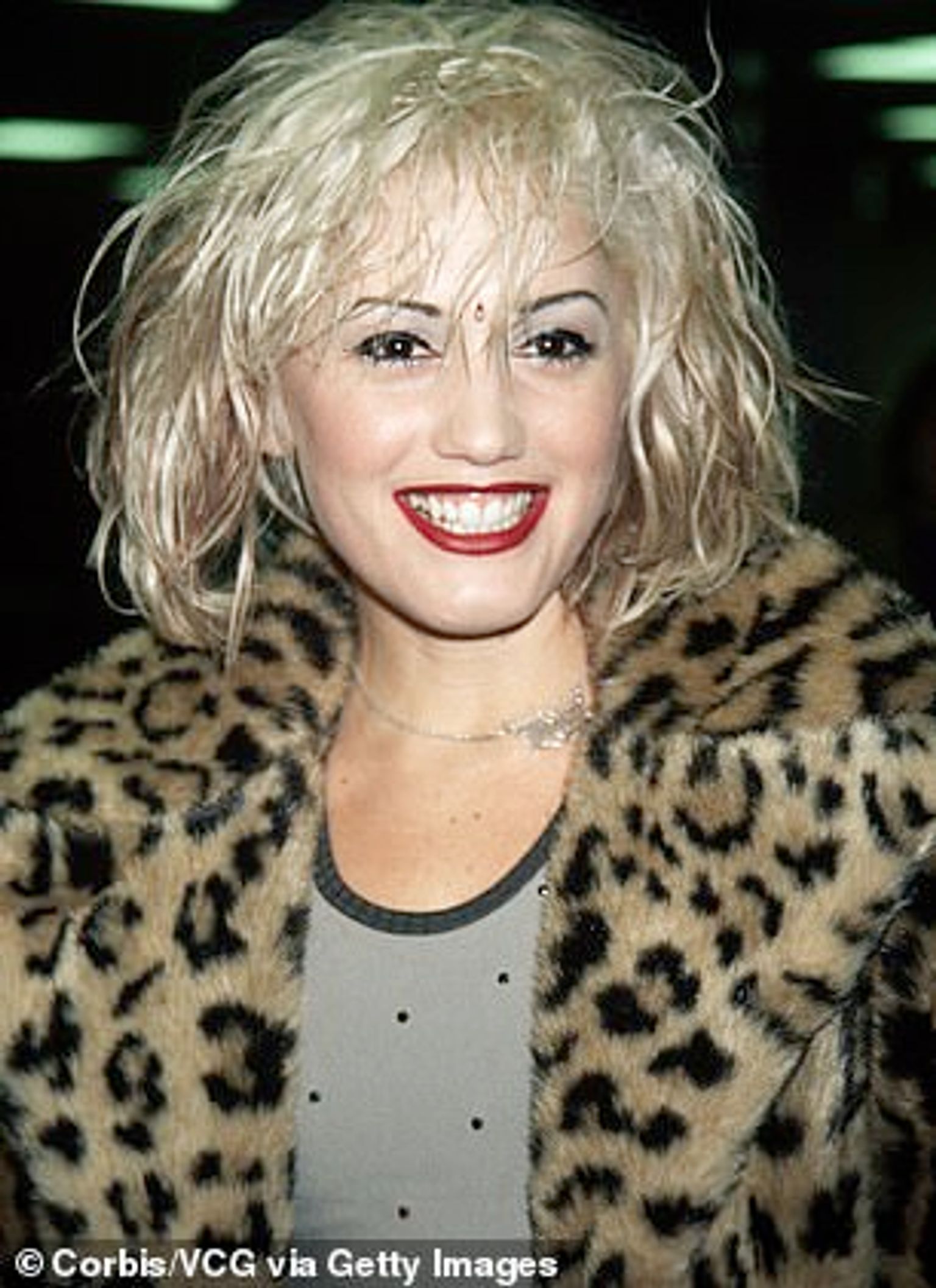 to this... Gwen is glowing! 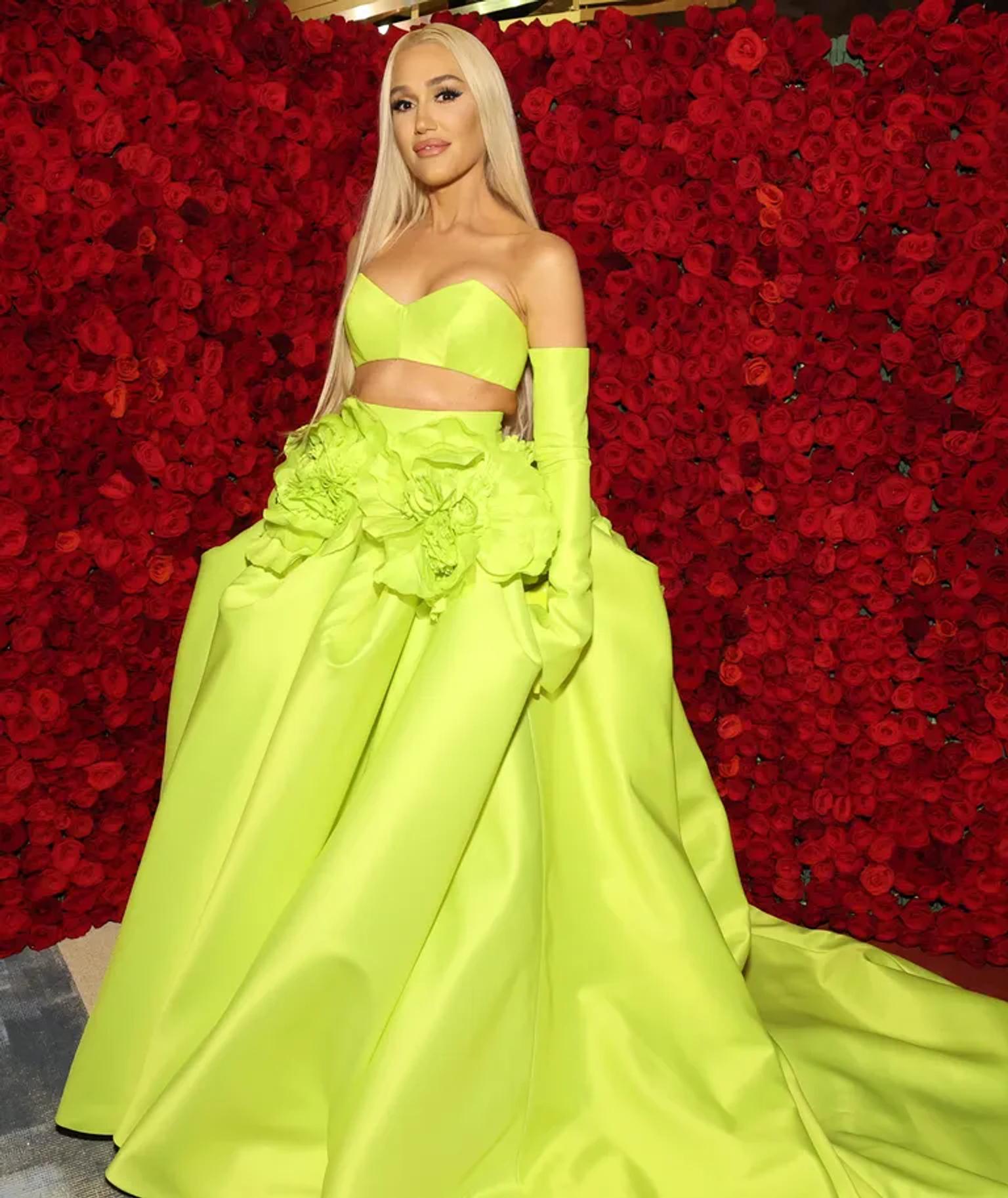 I know there will be some scepticism out there and people saying, “yeah, but she’s a celebrity and they don’t age the same as the rest of us”. However, there is no special celebrity gene. They age just like you and I do. It’s just that they often get a bit of a helping hand when it comes to slowing down the signs. And yes - the odd few do have a pretty good starting point to work with. So, she ain’t no hollaback girl. But has she had work done? I asked a couple of fabulous cosmetic pros…

Kelsey Bailey, owner of KB Aesthetics Ltd, says, “First of all, WOW! I think she looks absolutely fantastic! Now, I think this is mainly due to amazing genetics but also an obvious good skin care regimen including regular botulinum toxin (commonly called Botox).”

And Lucy Foster (AKA Aesthetics Nurse Lucy) agrees, saying, “Gwen Stefani has always been uniquely beautiful. From her early 90s No Doubt days to her recent appearance at this year's Met Gala, there’s no denying she is a timeless beauty. Gwen herself puts her flawless appearance down to happiness in her marriage and admits she’s ‘obsessed with her own ageing process’. At 52 years of age, it’s hard to believe she’s not had a little tweak here and there over the years.

Alongside a really good skincare routine, I’d predict she’s had a touch of wrinkle relaxing to the forehead and frown lines, which has opened up her eyes, lifted the brows and kept those pesky static wrinkles at bay.”

Interesting! So, the lucky lady is gifted with not only an amazing voice but also incredible genes *Not jealous at all here*. That explains the great skin, but there are a couple of other things I notice when I look at pics of Gwen Stefani then and now: her nose and her lips. So, come on, ladies, what’s she had done? Let’s start with her nose. 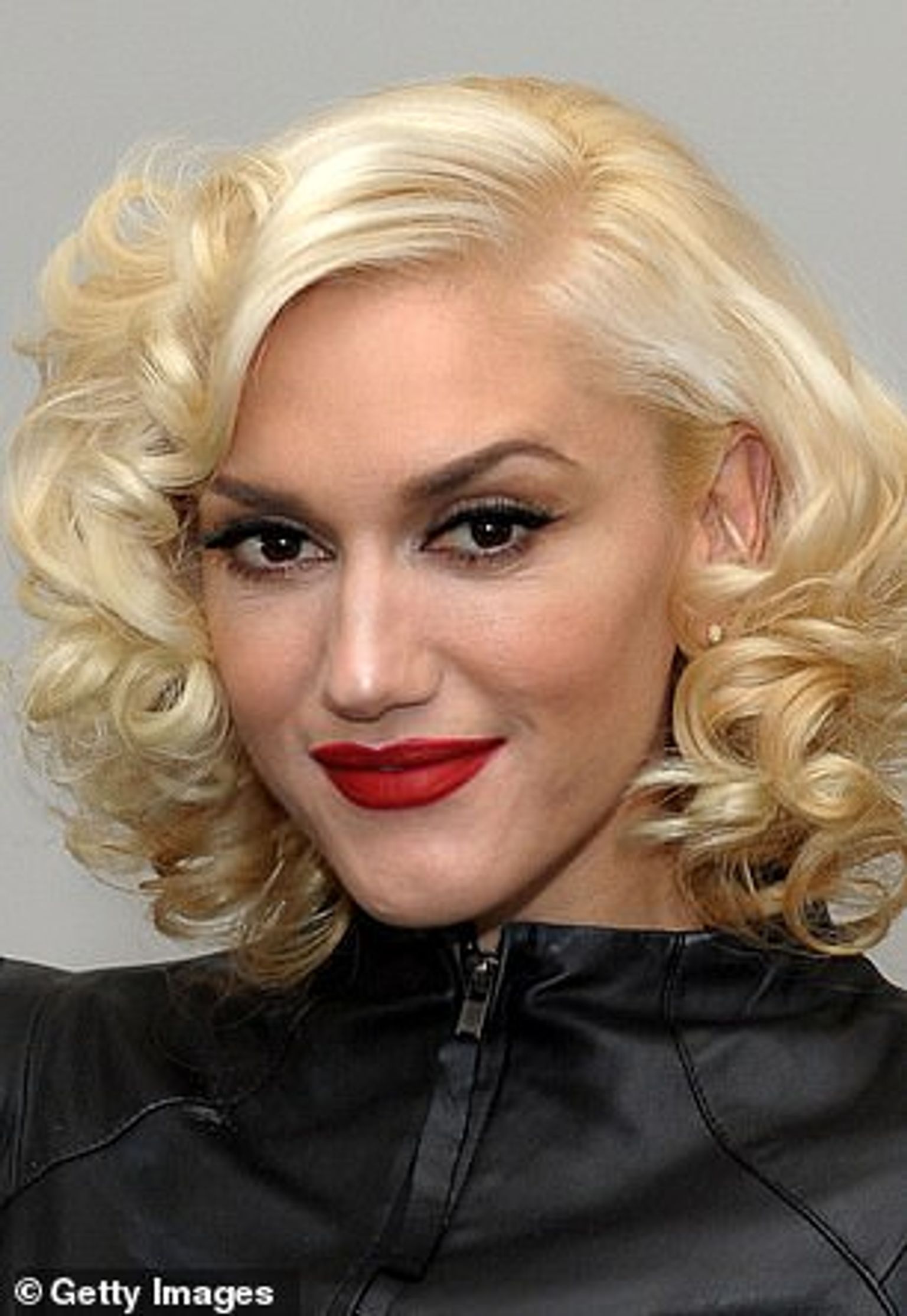 Don’t Speak…but has she had a nose job?

Lucy explains, “Admittedly, any cosmetic work she’s had has been done well. The first thing I notice when looking back at images from 1996/1997 is the difference in Gwen’s nose. Although she has never ‘admitted’ to surgery, the nose is smaller and the tip narrower than it was in her early years. Perhaps clever makeup, much more likely a surgical nasal tip plasty or liquid rhinoplasty.

And Kelsey agrees, saying “Looking at pictures from 1997, her nose does now look slimmer across the bridge, so she’s possibly had rhinoplasty.”

There’s No Doubt Gwen’s got a plumper pout

Ok, so a nose job of some sort is looking likely. What about her lips? They definitely look plumper. My guess would be a bit of lip filler. Am I right?

Lucy says, “Known for sporting platinum blonde locks and over-lining those iconic red lips, it was refreshing to see her wearing a classic and neutral lip tone at this year’s Met Gala. Although, I have to agree with the many claiming she’s had a little ‘plump’. Gwen’s lips are looking much fuller, likely achieved using soft dermal filler.

Kelsey’s on the same page too. She believes, “she may have retained the fullness in her cheeks and lips with hyaluronic acid filler, as both do naturally subside as we age.” 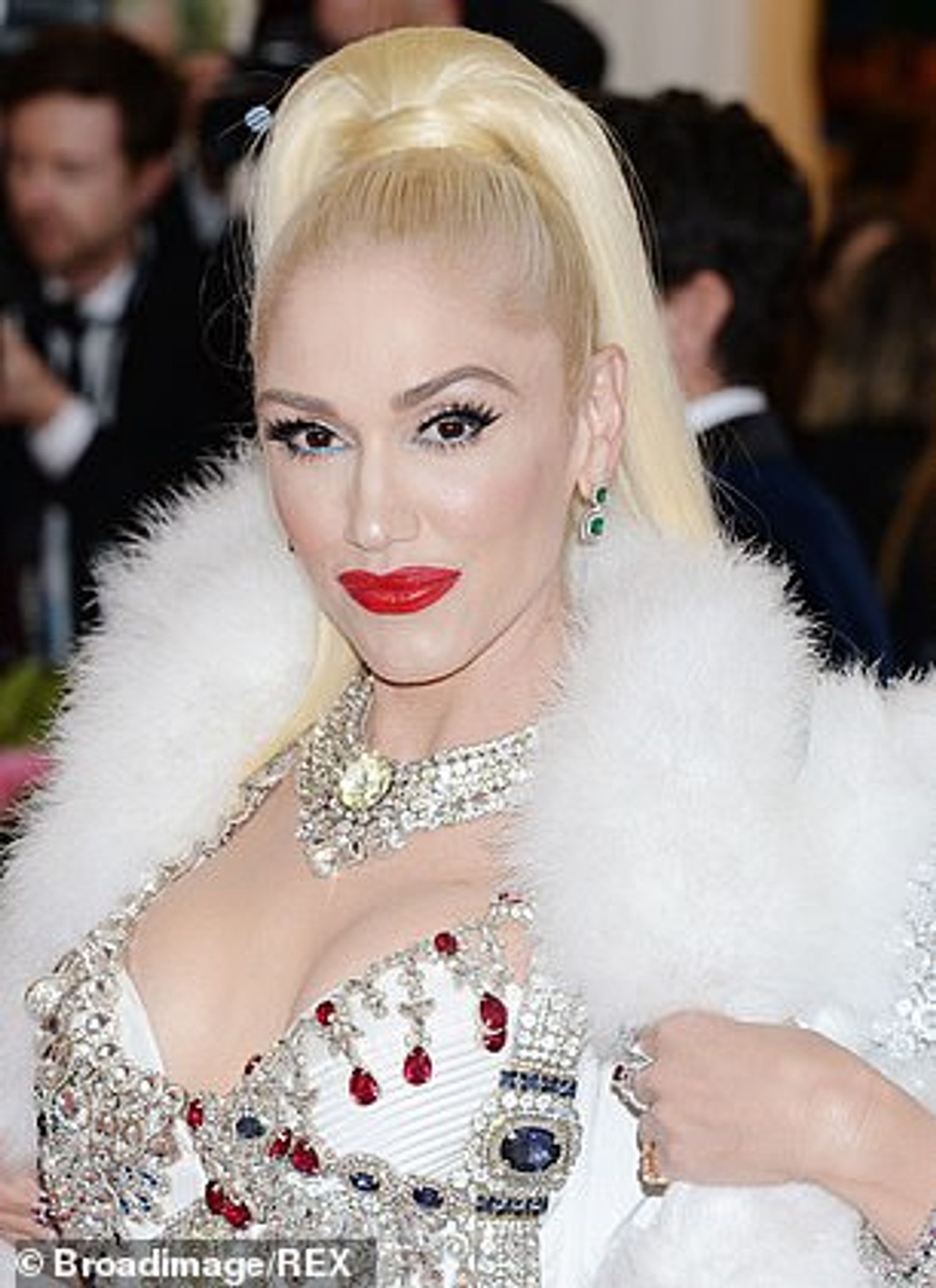 Well, Gwen is looking fabulous. And it’s interesting to know that - on top of great genes (damn her!) - she’s achieved and maintained beautiful features using mainly non-surgical treatments. But has she had any other work done?

Lucy thinks so, saying, “As well as possible rhinoplasty, I’d also guess Gwen has undergone breast augmentation at some point, which she - quite rightly - rocked in her neon green Met Gala two-piece.”

Absolutely! She looked great, as always.

Not Just a Girl - Gwen’s still got it!

It seems pretty clear that, over the years, Gwen Stefani has really looked after her skin - whether that be down to a great skin care routine or great skin treatments. And a bit of Botox and fillers have definitely helped her stay looking youthful.

Lucy says, “Overall, I think Gwen looks absolutely incredible for a woman in her 50s, and good for her if she’s had a little help along the way. Let’s hope we see more of her radiating happiness and fingers crossed she’ll spill her aesthetics secrets for all us No Doubt fans out here.”

And Kelsey couldn’t agree more, summarising, “Regardless of the treatments she may or may not have had, her skin just makes her glow. Go girl!”

Couldn’t have said it better myself.

If you’re interested in getting your glow on, Gwen style, check out the thousands of incredible healthcare practitioners listed on Glowday.

Collagen: Do You Need To Bother With It?

Bonnie Tyler at 69: Are You Ever Too Old For Anti-Wrinkle Treatment?

Saggy Skin? We Have Lift Off!